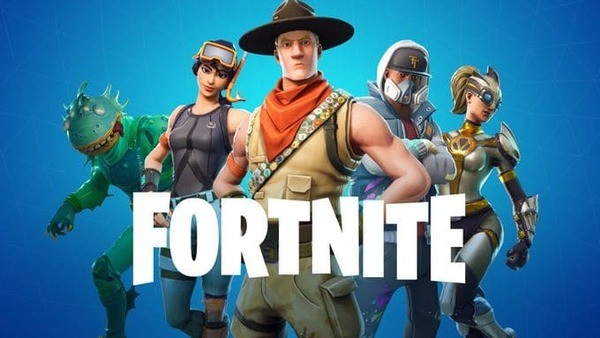 Fortnite is a game based on the popular computer shooter. Now players can enjoy the same great graphics and gameplay right on their smartphones. You have to plunge into a magical and beautiful world full of monsters and enemies to defeat. Fight in royal battles, pump your character and become the bravest warrior. Online battles in multiplayer mode are available here. Fight in real time for elimination. Only the strongest will survive. In addition to excellent weapons and techniques, shelter is a great escape in such brutal conditions. Users can construct buildings on their own land and use them for defense. Nevertheless, be careful! Enemies can destroy everything. We have to simultaneously search for equipment and materials for strengthening. Also, download Mini World Royale and Hunt Royale.

Fortnite Mobile has millions of fans around the world, but Google Play removed the game in 2020. However, you can download this project by reading this article to the end.

The battle royale gameplay is familiar to fans of the genre. Initially, you need to create a hero. The choice is small – gender, a couple of details in clothing and style – that is all. Over time, it will be possible to customize the character stronger due to the uniqueness of the weapon, but you have to be content with little at the start. Traditionally, there are three modes – solo, duet or squad. It is worth noting that you cannot firmly rely on associates even in a team, especially if they are random people. Many can simply throw you, thereby taking away the advantage of the squad, and others will shoot you in the back. However, if all the fighters are checked, the process becomes much more interesting. 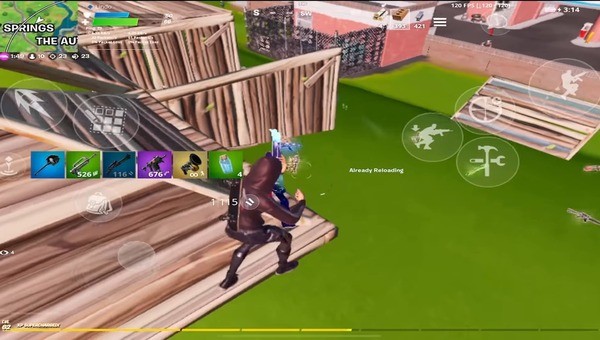 In total, up to a hundred people can take part in a Fortnite Mobile battle at the same time, and they will not all connect in one second. While the program code gathers everyone in one place, you can run around with those already present, and even join a couple of shootouts. This does not affect the further game course, so you can just forget about everything and have fun.

Each player has a huge hammer. Although it looks intimidating, it cannot help in battles. Use sledgehammer to smash any structure on the way to shreds, having smoked an opponent out of there. In the process of destruction, you get resources, which type depends on the building materials. There are three of them – wood, stone and metal. They differ not only in appearance, but also in strength.

Then, create a fortification for yourself anywhere using these materials, hiding from enemy bullets. Such an opportunity seriously changes the gameplay – if before, when meeting in an open area, there were no options other than a simple firefight, now a lot still depends on presence or absence of necessary resources.

There are so many weapons in Fortnite Mobile that it can take several weeks or even months of constant play to figure it out on your own. Their characteristics and appearance in the game directly affect the outcome of a firefight, so it is important to understand which rifle or pistol should be preferred over another. The chests scattered around the map may contain the same weapon, but of different rarity. Accordingly, the higher the rarity, the better the statistics: 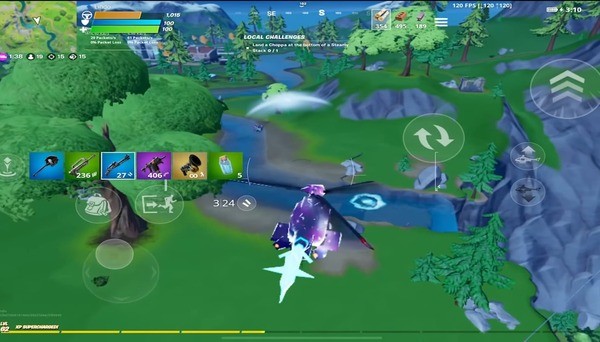 Everything is logical here: the legendary rifle is several times better than the gray and green one. Feel free to replace weapons with other, rare ones. Sometimes even the legendary submachine gun is better than the standard assault. Assault Rifles have the highest DPS in Fortnite Mobile. This makes them the most versatile and optimal choice as a primary weapon. A pump-action shotgun is an amateur thing, but a tactical shotgun is a completely different matter. The most powerful melee weapon capable of killing enemies in a couple of well-aimed hits. The main thing is to be able to use it correctly. Well, the sniper rifle is suitable for skilled shooters, since a shot in the head of an enemy usually means his death or knockdown in the case of playing in team mode. Learn accuracy with practice and patience.

The mobile version of the game retains all the advantages of the original. However, it has a slightly lighter graphics. Despite this, the system requirements are quite serious – the project is very cool. Enjoy local painted landscapes for hours, especially during the flight from a flying bus. At the same time, the clarity of the drawing pleases. There is no need to talk about sound – it is extremely important, because this way you can track the movement of enemies and your teammates.

To install Fortnite Mobile, you need to download the launcher and apk file of the game, and then launch them one by one.

Initially, you find yourself on a hub location where you can run, jump and frolic to your heart’s content, firing at other players – no one receives damage here. Here you wait for the players to connect until the required number of participants. You get there on a school bus that flies in a hot air balloon. – it is very entertaining here. If the same PUBG aspires to any kind of realism, then Fortnite Mobile is a cartoon game.

Upon landing, you need to find a weapon. It is scattered across various buildings found in abundance on the island. Any player is defenseless without a weapon and can die from a simple pistol. There will be no second chance, as only one fighter wins the match. It will be the last surviving player. Another key feature of the game is destructibility. 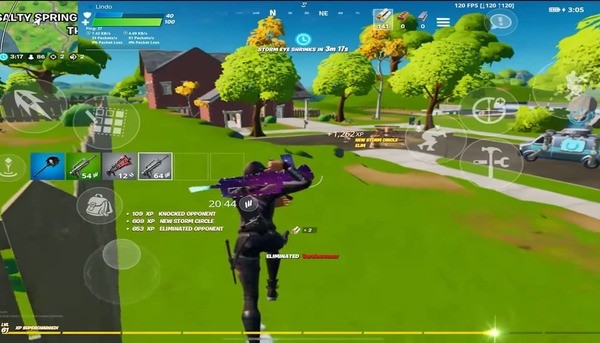 After some time from the start of the match, a zone appears on the map – the gleam of the storm. Everything outside the circle falls under a powerful storm, which slowly takes away the player’s life. Once caught in a storm, you will see how literally everything has changed. Clouds conquered sky, rainstorm came from somewhere and wind blew out. If you are not quick enough, you can simply end the match prematurely. However, as soon as you run into the gap, the sun appears again, and the scale of lives stops decreasing.

Thanks to the ability to create various structures instantly, the character is able to defend himself even in the field, since he can always build a defensive structure if the necessary resources are available. You can also sit next to one of the towers to fire at it from your site. In addition, it is possible to turn many buildings into resources for crafting using a pickaxe. It is even possible to fly guided missiles in Fortnite! Regular events and updates allow you to improve the balance of weapons and add a variety of details for pretentious battles.

Fortnite Mobile is great fun for the evening, a great way to have fun with friends, and a good choice for those without a powerful computer. In addition, the project is friendly and easy to learn, thanks to which even a complete beginner will get used to it quickly enough.