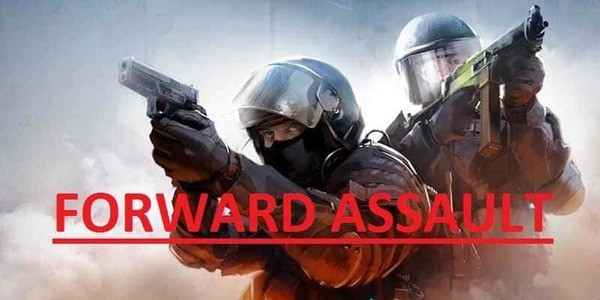 Forward Assault is a tactical mobile game in the style of a competitive FPS shooter by game studio Blayze Games, L.L.C. (USA). The essence of the game is to win the round. You can achieve this result by destroying all opponents, as well as planting or defusing a bomb. The application takes inspiration from incredibly popular online shooter Counter Strike and therefore in many ways resembles this project. You can see it in design of maps, available weapons and gameplay mechanics. In fact, this project is successful CS clone for android devices. The developers used the features of Valve games, including Death Match format battles and alternative battle scenarios. Try rescuing hostages, clearing certain zones for a limited period of time, etc. In some modes, the game is available without the Internet. For shooter fans, we also recommend BAD 2 BAD Extinction and Defense Legend 4.

Forward Assault is a quality shooter from the developers of Blayze Games studio, where only you decide which side to take. Become a brave special forces or a cunning fighter of criminal organization.

To begin with, Forward Assault has several firefight modes, unlike most similar FPSs. Besides multiplayer, you can also play with bots. This is a great opportunity not only to practice shooting, but also to pass the time if you don’t have a network connection. In online shootouts, each participant controls a typical character. He has no additional skills or unique abilities. The purchase of equipment goes on directly in battle, for which you need to click on the corresponding button in form of supermarket cart. The amount of funds available to you depends on whether your team won the previous round and whether you benefited from it as a fighter. 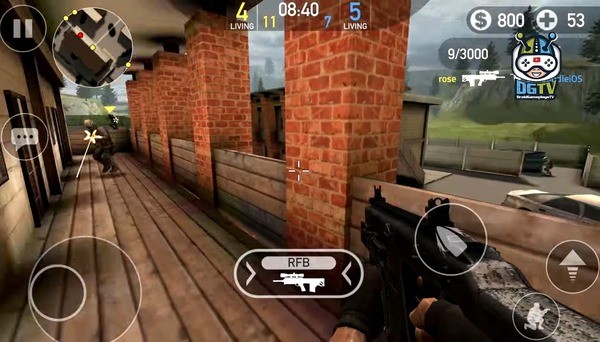 There are several modes in Forward Assault:

The Forward Assault developers have made sure that you have a large selection of weapons. There are all sorts of machine guns, rifles, shotguns and pistols for every taste. You will also appreciate a variety of knives, axes, knuckle-dusters and machetes for close combat. For each type of weapon, as well as for gloves, you can choose a suitable skin. Some skins in the catalog have animation! Ocean waves, neon shades, gradients, lava, and dozens of other patterns, among which you can definitely find something for yourself. You need an internal currency – credits to purchase various items in the store. Earn it for successfully completing missions to give your fighter and weapons a cool look. 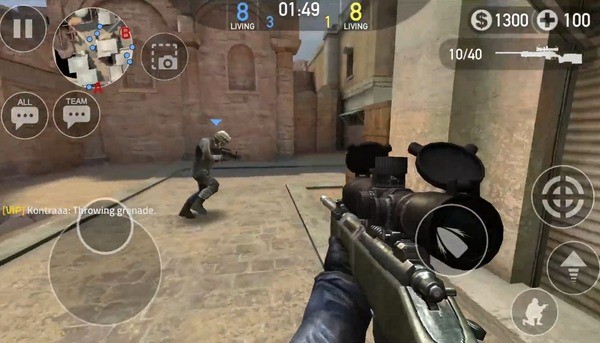 The maps in the Forward Assault game fully correspond to the specifics of mobile platform. They are small with only one, less often two, promotion routes. Thanks to this, as well as the short round duration, the game is very dynamic. All shootings are hurricane and aggressive, so it will not work to sit in ambush. The fun in the game does not stop for a minute. Thanks to the large community, you can find yourself a lobby for the next round of shootout at any time.

If you are tired of boring gameplay, then this game may interest you. Here you can spend time in exciting shootouts with real gamers. Upgrade your skills to improve your own ranking. This is the only way you can get access to the most experienced opponents.

Forward Assault has fully 3D graphics. The application is inferior to developments for PC market, but it looks quite worthy against their background. Moreover, the project has great optimization, so and you can install it even on a low-power device.

We bring to your attention Forward Assault Mod APK, which makes it possible to use several types of cheats at once. Among them are unlimited ammunition, flight capability and super speed. You will also be able to shoot without recoil and track your enemies on the radar. For a complete list of features, see the special mod menu. You only need to move the slider of a particular cheat to the right to enable it. Mod also features Extra Sensory Perception function, namely ESP Lines, ESP Boxes, ESP Distance, ESP Health, ESP Has Armor. 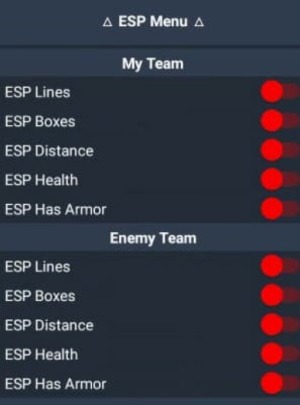 Good and evil have been fighting incessantly since time immemorial. In this addicting game, you have to choose which side you are on, arm yourself with cool cannon and then go to the front lines. If you decide to go along the crooked path of terrorists, then get ready to install and defend a powerful bomb, but if you are a servant of order, then you need to defuse explosives by any means in order to save people. Forward Assault focuses especially on those who love to shoot.

The essence of the gameplay is armed confrontation. You can fight with other players, as well as team up with your friends! Choose a mode and then enjoy an exciting gunfight. Action takes place in carefully designed scenic locations, including airport, seaport, motel, snow city and desert. 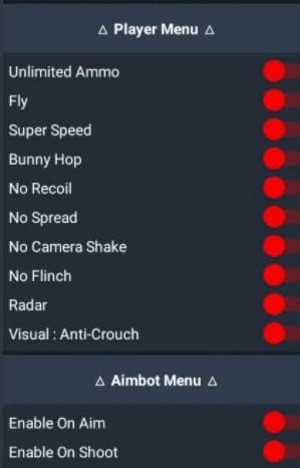 To win, you need to think quickly, find cover and get ahead of the enemy. Look around at 360 degrees. Otherwise, you will not even notice how you get a bullet in the back of the head. In addition, you can easily shoot a gaping enemy, preventing him from defending. Because the battles are rather short, it is not possible to hide for a long time. Act quickly, but deliberately and then you can improve the score.

If you are looking for a classic shooter with cool weapon skins, then download Forward Assault now! Thanks to beautiful visualization and addictive gameplay, so you can have a great time.