Forza Street is a cinematic graphics racing game from Microsoft Corporation. Try your hand at a short race or start your career to earn more money and unlock the best sports cars. Buy new cars and improve them, to be more beautiful and faster. Thanks to extremely simple controls, you will be able to focus on the race and beautiful cinematic shots. Speed ​​of reaction, correct tuning and need for speed are the main criteria for success in the application. Showing your car from different angles will further immerse the user in this atmosphere. If you are interested in racing, then download also Minicar io: Messy Racing and Rush Rally Origins.

Drive your car with one button

Mobile racing is sometimes seriously different from computer or console racing. They have short runs and simple controls and the main emphasis is on entertainment. Such a scheme allows you to attract more users who sometimes do not want to delve too deeply into the control mechanics. It happened in Forza Street as well. Here, use literally one button to control the car. 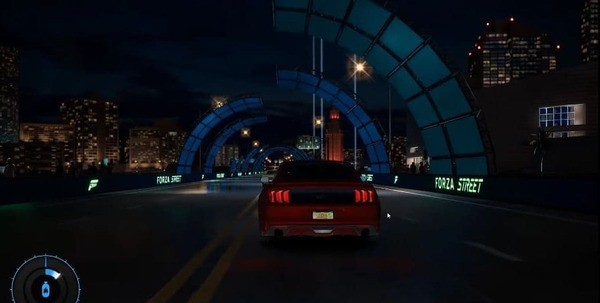 Make turns automatically, while the pumping scale only limits the tuning system. Forget about installing and replacing individual parts – it is superfluous. You do not have to think about that in the project under consideration. Just press a button while passing the tracks, spin the roulette wheel to get rewards and use tuning packs to level up the scale.

Forza Street focuses on street racing. At the same time, the game has official licensed car models. All of this reminds us of the NFS Underground. Collect new cars and improve them. Buy the most modern sports cars, as well as unique classic car models, proven over the years. Make your garage a true work of art that any car collector would envy. Try to collect all the cars to get a special achievement.

Driving by your own rules

Races in Forza Street last no more than 20-30 seconds and only one button is required to control the gas. At the start, you need to get the arrow into the green zone – it allows you to break away from the start, similar to drag racing. In the future, the concept does not change. Now we have a line to drive along – and the car is steering itself. The player can only follow the color of the line. When it turns yellow, or, worse, turns red, you need to release the gas pedal. This usually happens around bends. If the color begins to return to green, you need to gas again. At the same time, the game praises for perfect braking and timely acceleration.

In addition, we have another opportunity to influence what is happening: nitro. Nitrous oxide accumulates during the race for using on straight sections of the track to break away from the opponent. The absence of the need to follow the turns allows you to show the gameplay from all possible angles. 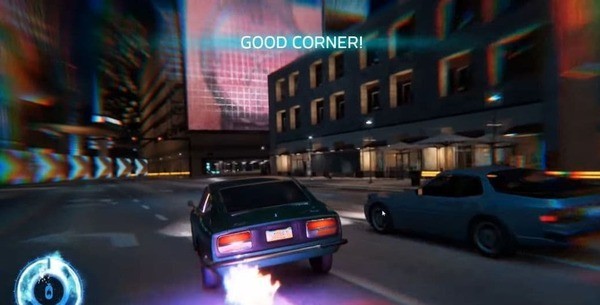 As mentioned above, Forza Street has cinematic graphics that any Android game and some console projects will envy. It is also worth noting the powerful soundtrack that can take you to the fast lane and make yourself feel like a great racer.

To win races, you need more in-game currency and players may have problems with this component. In order to make it easier for you, we recommend downloading a mod for unlimited amount of money.

Our team has tested Forza Street mod for money and confirms its work. However, the mod can be unstable, which can cause users to experience problems with its functioning. If for some reason the mod does not work for you, then follow our updates to know everything about the new versions of the project.

The tracks in the game are very short. One mistake and you lose the entire hope of victory without hesitation. It is worth noting the excellent display of the race, which is the main advantage of the game. Since the player does not need to steer, you can constantly change the camera and angle of view. Given the excellent graphics in the game, it is very easy to enjoy Forza Street visually. At the same time, developers decorated some things, like the finish with fireworks and other effects.

By the way, you have to slow down when cornering. If you think that the developers have allocated a separate button for this, then this is not the case. It is enough just to release the gas in a specially designated place for this. You cannot hold gas on the red sector, but you can do it on the green one. Your success depends on how closely you follow the color directions.

As for the race itself, it is even difficult to call it a race. Even the presence of nitro does not change the situation much. One-button half-minute races are hardly what Forza fans have been waiting for. Among other things, there is energy in the game. That is, you will not be able to drive if the equivalent fuel runs out – you will have either to pay money or wait for energy restoration. All this looks very dubious. Most importantly, the game has absolutely nothing to do with the illustrious original series. This is not legendary Forza.

Forza Street looks like candy in a very colorful wrapper. Cinematic display of races, many effects and great graphics – all this is at the highest level. However, the gameplay itself turned out to be quite casual. If you are not looking for difficult paths, then this project is perfect for you.