Galaxy Attack: Alien Shooter is a fast-paced top-down shooter set in a sci-fi setting. The game has an old-school style, where you have to protect the Earth from a swarm of aliens using a lone space attack aircraft. As you progress, you will encounter an increasing number of enemies in dangerous conditions. It is also possible to improve the spaceship, use various weapons and active skills.

This game managed to conquer the hearts of several generations of gamers and now has absorbed all the best. We propose to consider its main features. 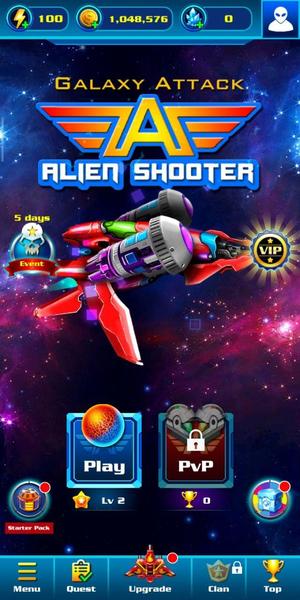 In addition to battles with aliens, the game has several levels that allow you to show your skills in evading dangerous space debris. You can receive many coins and upgrades such as laser weapons or cannons for every completed mission.

Galaxy Attack: Alien Shooter allows you to fire a huge amount of shells at a crowd of aliens. You can do it very easily: just move your finger across the screen. Your ship is a small grain of sand in a vast universe. It moves through unknown worlds and constantly fights off enemies. Each new world is unknown little creatures that move towards you in droves and periodically fire at you. Moreover, they can be beneficial in the form of improvements for your war machine after death. The game controls are as simple and convenient as possible. With one touch, you can move and destroy all enemies.

Simple controls doesn’t mean you can easily win Galaxy Attack: Alien Shooter. Your enemies are aliens. They are extremely strong, aggressive and there are a lot of them. Moreover, the space environment is dangerous in itself. In combat, you should also collect loot from enemies. This can help you a lot in improving your firepower or providing benefits such as increased health or a shield. 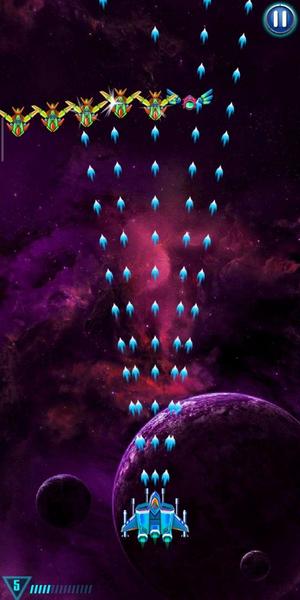 The enemies become stronger with each level,  so the only reasonable decision is to become even stronger for you. Upgrade your guns and defenses and return to the battlefield with more confidence. Any weapon has a certain level of improvement. Galaxy Attack: Alien Shooter provides you with new and more advanced spaceships. Each of them has its own fighting style that you can level up by purchasing upgrades for in-game currency. 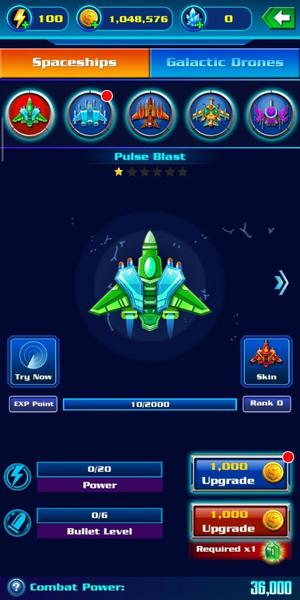 If you get tired of saving the world alone, you can always try your hand at multiplayer mode. Fight other players in 1v1 or 3v3 modes and win big prizes for victory. Do not forget to pre-pump your skills and space ship, so as not to lose in the first round. You need to hold out longer than your opponent does. Here you need to place bets in crystals to begin the game. Well, as you guessed it, the winner gets all.

The developers have made every possible effort to make Galaxy Attack: Alien Shooter more beautiful than the original and at the same time keep the retro style. The image has become clearer and more colorful and in no case does not load the memory of Android devices thanks to its amazing optimization. All battles appear as realistic and vivid as possible.

The sound in the game has a high level of quality thanks to which players can immerse in space battles with their heads. A furious soundtrack accompanies you along with the constant noise of battle, which includes explosions of enemy ships and sounds of a wide variety of guns.

You need to complete missions to improve your ship in Galaxy Attack: Alien Shooter  and vice versa. Only a good ship can help you to complete missions. Its cost is very expensive, so in order to complete the levels, you need to buy all kinds of boosters or improvements for real money. However, the prices here are really cosmic. Each ship has its own skin, which gives its additional enhancements to characteristics. 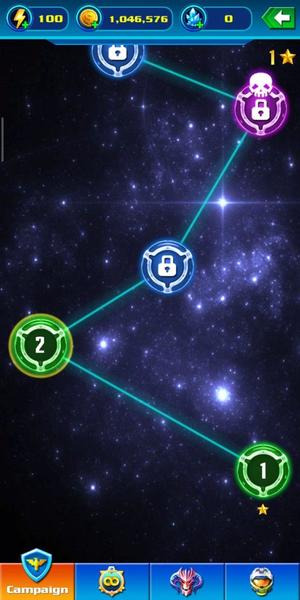 That is why we offer you to download the mod for unlimited money and crystals, thanks to which you can buy whatever you want with absolutely no restrictions. Use money to buy ships, various power-ups and easily defeat the most powerful bosses.

We have tested the mod for Galaxy Attack: Alien Shooter and can guarantee its correct operation. All announced options work without any complaints. You do not need to perform any additional steps for activation. Just download and install the modified version from our website. 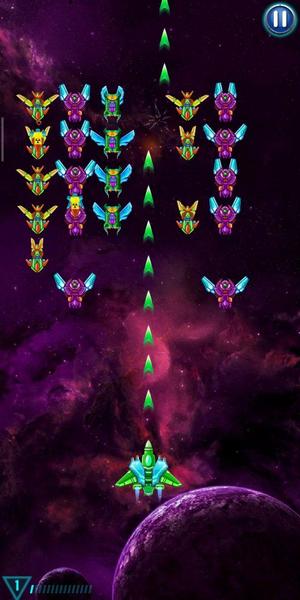 Immediately after starting the game, you receive an unlimited number of coins at your disposal. However to get unlimited crystals you need to change them for coins in game menu even if you don’t have them at all. In addition, game store allows you to buy all premium spaceships. Play for your own pleasure and no longer be afraid of meeting with superior enemy forces.

Thanks to several key improvements, we got a good old game from childhood in a new wrapper. Save the world from alien invaders and complete all levels, or fight other players in interesting cooperative modes. We can say that with such outstanding features, Galaxy Attack: Alien Shooter has gone far beyond the old version. In any case, the game can make you feel nostalgic that is quite deservedly. Moreover, if you like action game, we can recommend Super City (Superhero Sim).

Don’t forget to delete the original version of Galaxy Attack: Alien Shooter before installing our modified version to prevent errors during installation process.