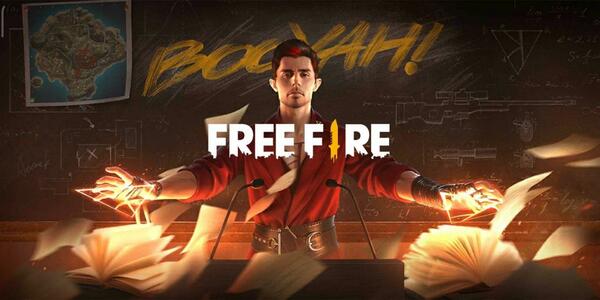 Garena Free Fire is a mobile online shooter with unique characters set in a battle royale setting where 50 players land on the island and fight to the last man standing. You can always select the landing area in advance. The project is one of the most popular mobile games in the world, and as of 2020 had over 500 million registered players. If you like shooters, we can also recommend you Sniper 3D and almost battle royale project Among Us.

More than 500 million people have already tried their hand at this cool game. What are you waiting for? Maybe an overview of its main key benefits?

The developers of Garena Free Fire did everything to ensure that the gameplay was as convenient and adapted to the screens of mobile devices. Players control the movement through a button on the left side of the display. The shot key is located on the right side of the screen. Sometimes difficulties arise, especially if many opponents are running around, but in general, you can control the actions of the character without much risk of being killed due to inconvenient controls. 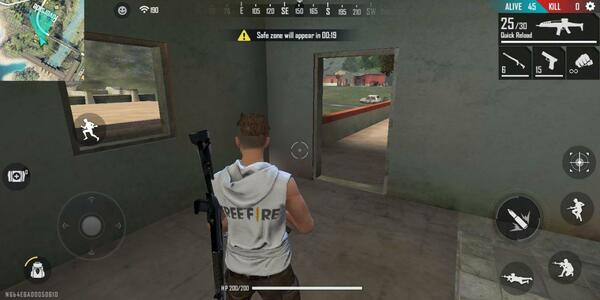 Use mobile walls to provide cover

On the map, you can find compact walls, which you can deploy directly in front of you for both defense and attack. If you wish, you can even make a circular fort out of them if things are going really badly. However, in fact, this is only a small element of tactics, which enemy still can destroy – you will win 5-10 seconds solely in order to use the first-aid kit.

Use your pets in battle

The most important difference between Garena Free Fire and other games of this genre is the presence of pets that fully participate with you in battle. They are here for every taste and preference: fox, kitten, penguin, falcon, otter, mechanical puppy, dog, panther, panda and more. Each pet has its own special skills. Therefore, for example, a penguin generates one wall every 100 seconds, and a falcon accelerates its glide when landing, increasing your landing speed. In general, it looks interesting.

There are several game modes here: classic battle-royal, rating game, squad battle and madness, where you need to control the points one by one. In addition, from time to time, new modes open briefly. You can play both alone and together with friends or random fellow travelers. 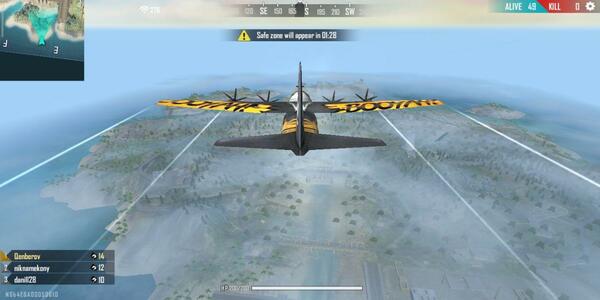 Most recently, Garena Free Fire released a major patch called BOOYAH Day, which added many new features. For example, new weapons appeared in the game, including a flamethrower with a strong barrage ability, which you can achieve due to the range of use. The update also added the ability to view images in 360-degree mode, improved sorting and integration with social networks. No less significant – the update of Polygon game mode. The developers also optimized entry points and added several features.

The game looks like a decent project with adequate graphics better then graphics on portable consoles. The performance of modern devices in this regard is surprising. Garena Free Fire’s draw range is optimal for tracking enemies. Buildings, forests and other landscaping don’t look washed out. Everything is clear, detailed and distinguishable. The game loads quickly: less than a minute from entering the game to starting the search for a match. 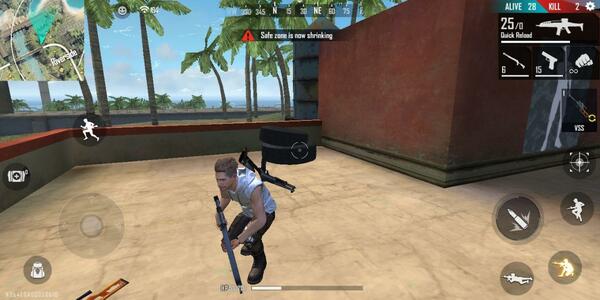 It runs quietly on a smartphone of the lower price segment without any lags and drops in performance, frames per second always are at a comfortable level. The more powerful your device, the better the game looks. It is a pleasure to play at high settings of all parameters. There are no clumsy loading of textures or maps, especially when landing. When moving quickly or using a vehicle, there are no slowdowns when loading location parts. In a word, everything looks great. 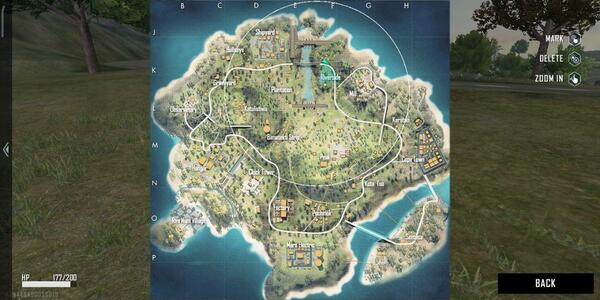 The sound component of Garena Free Fire also has the highest level. The main criterion for assessing is the enemy audibility and determination of his position in steps. All gameplay sounds have perfect balance and there is practically no music. Perfect Battle Royale Set.

The gameplay sets on survival on the battlefield – you have a character who, together with other players, flies on a plane and jumps with a parachute to the island. Then survival begins – you need to run from house to house, look for weapons and equipment, hide from enemy shots, try to move as unnoticed and live as long as possible. Winning Garena Free Fire is difficult, but the more you play and practice your shooting and hiding, the more experience you gain. However, if there should be no problems with camouflage, then with shooting everything is not so simple. 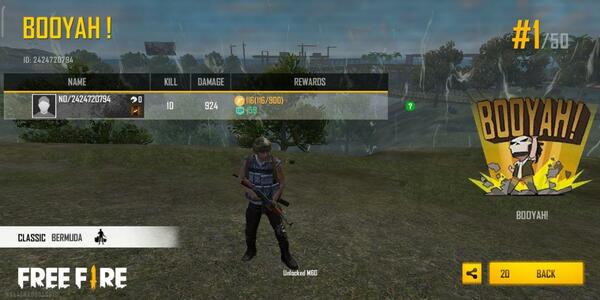 Each weapon in the game has a plausible physics and therefore, in addition to the main indicator – damage, it has several indicators that are more equally important. It is necessary not only to shoot accurately, but also to calculate the level of weapon recoil. When firing, the sight indicator will shift in completely different directions, which will only complicate bullets firefight, especially at a long distance.

As a rule, the more powerful the weapon, the stronger its damage, which means the stronger the recoil level. That’s why we suggest downloading a modified version of Garena Free Fire, which allows you to remove recoil completely. You don’t have to calculate in advance the behavior of the weapon during the battle, but simply shoot at the sight, which will give an undoubted advantage in battle. Moreover, the mod enables auto aim option so you don’t need to try hard to catch the enemy in aim. 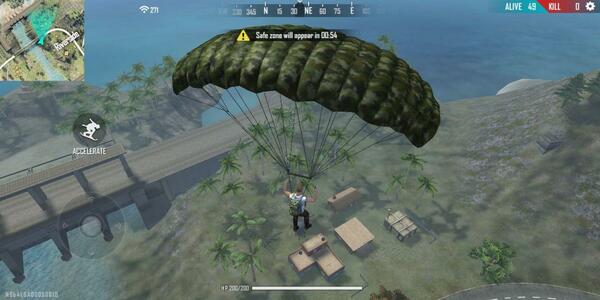 We have tested the mod for the absence of recoil when firing and can guarantee its stable operation. All you need to enable this function is to launch the game. The only thing we do not recommend to abuse this function, as the developers may suspect you of using cheats and block your account.

Overall, Garena Free Fire is a great and fun game, but only for experienced gamers or very persistent beginners. We highly recommend it even if you are not a battle royale fan. Train your reaction to unforeseen situations, as it is also useful in real life.

The undoubted advantage of the game is fill absence of glitches and lags and this is very important for such a dynamic project. Free implementation is also a huge plus. What’s more, in-app purchases do not affect gameplay. They only make it visually more beautiful for those who spend money on clothes and accessories. Garena Free Fire is a classic battle royale and is definitely a must-download for anyone with the slightest interest in the genre.

Don’t forget to delete the original version of Garena Free Fire before installing our modified version to prevent errors during installation process.