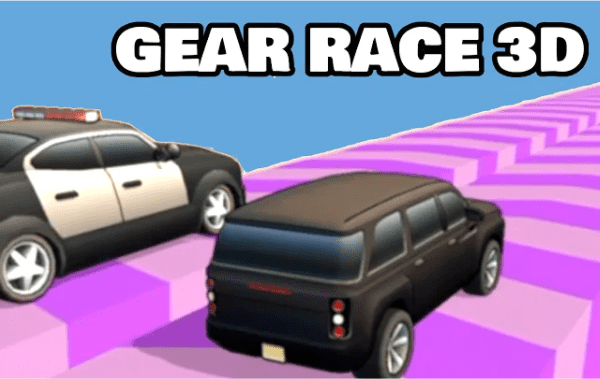 Racing has always been one of the most interesting topics in simulation game genre. Driving and racing apps have flooded Play Store. However, most of these games have story levels and complex nuances. Gear Race 3D is an arcade car-racing simulator that competes for first place in an exciting race against other participants. Get an opportunity to win the race and become a champion. However, not everything is so simple: motor can overheat at any moment of the game. Therefore, in addition to gaining speed, players should not forget to check technical condition of racing car. If you are a fan of arcade racing, then we can also offer you Turbo Stars and Carx Rally.

This role-playing game has attracted the interest of more than twenty million users around the world. It definitely deserves a rating of 4.4 points. Users of Android platform rate the game as one of the most enjoyable arcade games. There are many reasons for this.

Play even without a network connection

In the modern world, few games can boast of functionality that doesn’t require stable Internet connection. Gear Race 3D lets you go offline anytime, anywhere, which is a great advantage. However, sometimes you can obtain in-game rewards only using network connection. 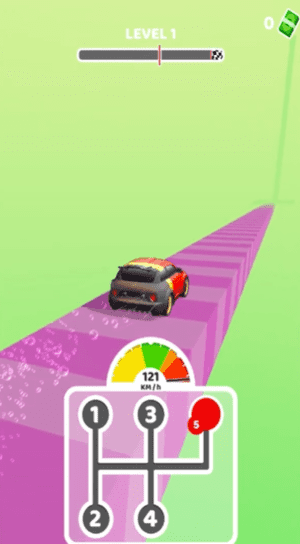 Participate in tournaments and win the rarest cars

We should mention that Gear Race 3D concentrates on a race track, as a mean that allows you to gain fame and acquire a fashionable car with unique gearbox. Players have the opportunity to look into the car store that contains three variants of vehicles: rare, epic and unique. Store also allows you to use lucky chance in form of paid $ 1,000 and randomly get a racing car from one of the above categories. Another option is to win the next race that can bring you a car of losing driver

Be the best by upgrading car characteristics

You cannot complete all levels with a beautiful car won in one of the tournaments in Gear Race 3D. In order to be faster and better than other participants, you need to upgrade three indicators at once: speed, gearbox and engine. Each of these characteristics costs a large amount of money, while the best income option that game provides is a new race.

Game title is not without an emphasis on 3D format. Minimalistic graphics make the game smooth and calm without unnecessary decorations. One of the best design decisions in this dynamic arcade game is clear graphics of each car. For example, a game taxi that you can obtain on fifth level, where you can see in detail distinctive black squares of taxi tinting and even an information box. In general, graphics are pleasing to the eye, while bright colors of racing cars only set you up for victory in the tournament. 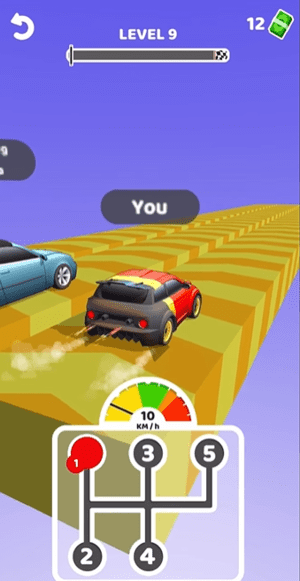 There is no distracting music in Gear Race 3D. Throughout the entire gameplay process, players can hear the sounds of warming up engine, whistling of wheels on the finish line and traffic light switch from which the racing arcade begins.

There are many paid benefits in Gear Race 3D. Racecar speed improvements start at $50, while gearbox and engine upgrades cost a lot more money. On average, each race can bring you 100-150 dollars at the initial levels. It depends on vehicle speed and increase in the reward received. However, we can provide you with a solution that does not depend on scored points and sports car speed. Download unlimited money mod that adds the ability to improve automotive equipment and open new types of cars. Thanks to the endless supply of cash, other cars on the starting line are not a hindrance.

Specialists of our team have tested unlimited money feature for Gear Race 3D on several Android devices. The test results confirm mod performance and full functionality. Now you can easily buy new types of cars and improve them to the maximum. We also checked installation file for malware. Antivirus scan results showed no problems. 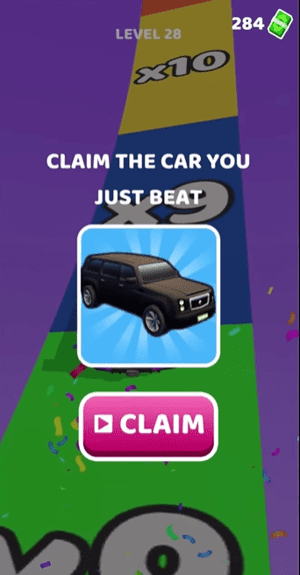 First game launch brings players to a training lesson, where you can get used to controls and game essence by reaching finish line. During the training, it is possible learn about driving a racing car and switching between racing speed modes.

After training, player finds himself on racetrack with a large number of opponents who also strive to win this difficult race. Your task in Gear Race 3D is to prevent them from bypassing your car and getting the title of the champion. Controlling the car is extremely simple: you can switch one of five basic speeds by tapping on screen and gain speed before the maneuver by tapping screen several times in the same way.

Gear Race 3D is perfect for those who like to spend time playing a light and unobtrusive game in style of a dynamic arcade. Here you can become not only the champion, but also participate in various seasonal tournaments and defeat opponents.