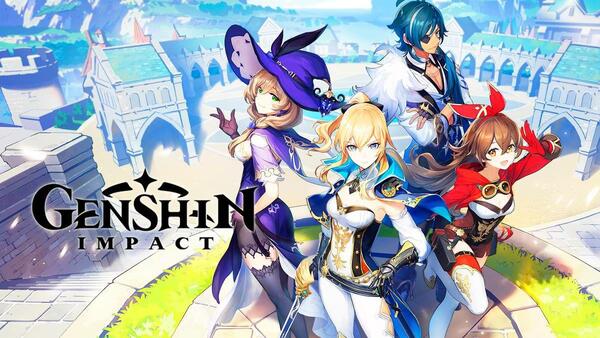 Genshin Impact is an action RPG with a huge open world. This console level project looks fantastic on Android devices. Visit seven kingdoms, each of which professes its own natural element. Meet great heroes on your way and continue your travels like a team. Complete quests, go through exciting dungeons and fight ferocious bosses to finish your mission. Your main task in the game is to find your twin. At the beginning of the story, evil forces kidnap him and you lose consciousness. After waking up in a completely unfamiliar place, your adventure begins…

Genshin Impact is a revolutionary project with great functionality and capabilities. We will tell you more about this game.

Use the skills of the seven elements

Genshin Impact accentuates on seven elements – fire, water, ice, lightning, earth, and so on. The game has a huge and filled open world, divided into seven large regions. Each of the regions represents its own element with special sanctuaries. Visiting these sanctuaries brings you a unique skill. For example, in the first region there is a wind shrine. You can receive a magical skill that improves your attacks with powerful wind forces. The second region can provide you with magic of earth elements and so on. 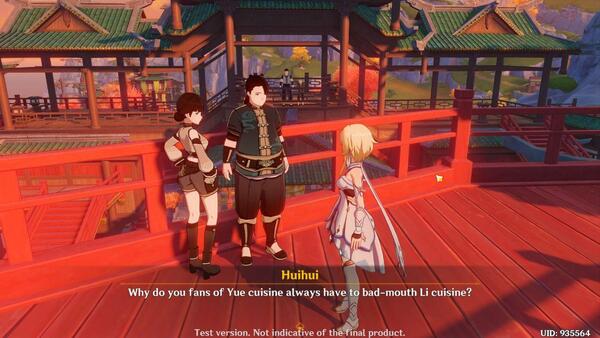 All enemies in Genshin Impact are strong enough, so to deal with them, you need to combine these elements. For example, if you set fire to an enemy and then hit him with lightning, then the damage becomes much greater. If you pour water on an enemy, and then use the element of ice, the opponent will freeze. At the same time, if you first set fire to your opponent, and then try to finish it off with water, then there will be no effect. Thus, the game becomes very dynamic. You constantly have to choose different characters, skills and every time think about which is the best to use. You need to develop your own battle strategy. However, the enemies are also completely different, thus each needs its own approach. It is better to set some on fire, strike with the wind, and still others with ice.

Choose from many characters with own history and skills

You are not playing as the only one protagonist; during the adventure, you can unlock different characters. There are 17 of them in Genshin Impact. Each hero has his own unique character and story. We should mention that they all take an active part in the plot development, as each has its own quests that open during the game. Developers divided heroes into classes – one-handed swordsman, two-handed swordsman, archer, mage and spearman. Nevertheless, the main thing is that each of classes has its own element. Everyone has their own skills, so you can create separate guides for upgrading all the heroes.

For example, a fiery archer releases a small doll that explodes near enemies and casts a barrage of arrows. The fiery spearman summons a bear that eats pepper and then spits fire. The storm archer summons a Crow and can transform into an Electric Crow for a short time. Therefore, you have tons of options to choose from.

Dungeons are scattered all over the Genshin Impact world. These are various quests, where you have to go through the maze and kill all the enemies. At the same time, the dungeons are different and subdivided into arena, dungeons with riddles and daily adventures that you can go through every day and receive interesting bonuses. Some dungeons you will go through the main plot of the game, and some of them you can find on your own.

Cook food to get stronger

Gather ingredients and unlock recipes to prepare food that will heal, resurrect, add damage or defense stats. In order to cook, you need to find a cauldron and light it. Moreover, it is necessary to play in exciting mini-game where you need to throw food into cauldron at the right time. The food in the game is very important, as you always need buffs and healing.

As you progress through various actions, you can upgrade the adventure rank that provides more opportunities with its increase. For example, the cooperative passage opens only from the 18th level. You will not be able to get to many dungeons and storylines if you have a low adventure rank. There is a guild in the main city of Genshin Impact, where after upgrade you can receive gifts, as well as daily tasks.

In addition to the rank, each character has its own level, which rises as the quests are completed. However, you also can increase it artificially thanks to special scrolls found in the game. Initially, you can only upgrade your heroes to 20th level, and then you need to look for certain items to increase it more.

Genshin Impact is not an MMORPG, but you can still play it with your friends. Unite in a company and go through exciting dungeons in cooperative mode. Attack bosses together to get valuable loot from them. Just enjoy your time together in this gorgeous and beautiful game.

Genshin Impact has great graphics, unusual for Android games. We should note that the game takes up a lot of space on your device’s hard drive and is resource-intensive. As a result, the battery of the gadget discharges rather quickly, so it is better to enjoy the game on powerful Android devices. The optimization of the game is awesome, despite the beta test. We played at maximum graphics settings at 60 FPS. 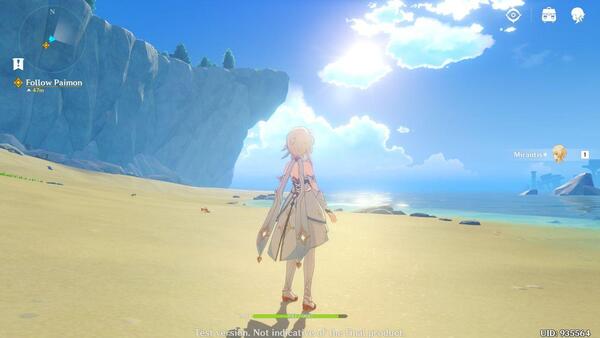 We tested this version of Genshin Impact on our device and here are our impressions.

At the very beginning of the game, you choose you character – boy or a girl. Only the main character can set his preferred element. You can find the above-mentioned elements all over the world and spend them on pumping your stamina, the number of lives and other skills.

Each character can carry one weapon and four artifacts. You can obtain the weapon both by yourself and at the expense of donation. Although in general, you can enjoy Genshin Impact without real investment.

In general, Genshin Impact pleases with its attention to detail. If you play as a character of the ice element, then you can always freeze the water under your feet and thus make a springboard for your battles. Enemies with huge wooden shields can act against you. The most effective tactic would be to burn the shield with fire, and then finish off the already defenseless hero. Don’t forget that if it rains at this time, nothing will come of it. However, it is very useful to beat enemies in the rain with lightning or ice. The developers based the entire gameplay on such interactions with the elements. 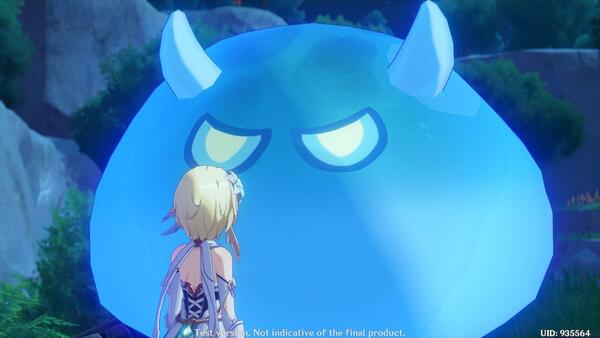 In addition to ordinary enemies, there are bosses on the map. Each of them needs its own approach, because they all have their own strengths and weaknesses. The battle with them can drag on, but don’t worry – if you apply the right strategy and don’t forget about the elements power, you will definitely succeed.

Genshin Impact is one of the most anticipated projects of this year. This is an excellent role-playing game in a huge open world with intelligent and well-developed system of elements and various interesting characters. If you were looking for a quality RPG for android like Last Cloudia, then you have found it.

How to install Genshin Impact?

Don’t forget to delete the original version of Genshin Impact before installing our modified version to prevent errors during installation process.