Gerand – bent barrels is an arcade shooter where the user’s skills in controlling a combat vehicle and the tactical ability to soberly assess what is happening on the battlefield, as well as the competent distribution of resources and ammunition, so as not to experience critical situations and successfully complete all battles, are always at the forefront. The player is free to go through a single-player campaign. Meet opponents of varying degrees of danger and coolness on your way. Take part in multiplayer skirmishes, proving to all other tankers who is the coolest and most capable fighter here. Upgrade your tank and win. In addition, download Pure Sniper and Furious Tank: War of Worlds.

Gerand – bent barrels will appeal to all fans of tank battles, as well as connoisseurs of a dynamic game.

Complete the campaign or fight online

Gerand – bent barrels allows every great strategist and warrior to find something to their liking. You can either start passing the storyline of the game or try your hand against real opponents in 1×1 mode. In the gameplay mode, you will face many challenges. You have to break through the depths of enemies on a tank, severe shelling and powerful bosses. The names Platoon and Sturm Mouse make thousands of commanders and warriors tremble, but not you! Head to the battlefield and show these bosses what it means to challenge you!

In 1×1 mode, you will find yourself on the battlefield with one random enemy. All you need is to hold out in this war for 60 seconds. It will be even better if you destroy your opponent. Winning brings you cash rewards, for which you can improve your tank and equip it with boosters.

By successfully completing the tasks received, you acquire new transport parts, earn yourself a reputation as a real warrior and upgrade your tank. Gradually pumping over military vehicles, you can change its appearance, strengthen armor, install new weapon platforms, increase movement speed and gain unique combat skills. This allows you to assemble a virtually new combat unit and apply unique tactics on the battlefield. Thanks to a wide variety of equipment and locations, the game will not bore you for a long time, inviting users to improvise. Just adapt and overcome the difficulties that appear on your way.

The plot of Gerand – bent barrels consists of a series of increasingly difficult missions. During the passage, you have to visit different game locations and fight numerous enemies. The gameplay includes a gradual passage of the storyline, completing many difficult tasks and dynamic battles with other tanks and their operators. Choose the desired tank model from the list provided and go on hot battles, destroying ordinary opponents and powerful bosses with huge reserves of health, powerful weapons and special abilities.

Gerand – bent barrels can interest players not only with its fun gameplay, but also with a pleasant visual style. The absence of violence makes this game accessible and suitable for children. Additional advantages include the localization of the project into several languages, which help many gamers understand the nuances and features of gameplay.

Gerand – bent barrels has many improvements that are available only for donation. That is, you have to pay real money. However, you can download the mod and get free shopping option for real money.

Among the features of the game, the following stand out:

Single player PvP battles are available against other players through the multiplayer mode. The game is fully translated into several languages. Mod access to unlimited amount of game currency makes it possible to immediately buy all the improvements and pump your tank to the maximum.

Get started and take control of one of the many tanks. Take part in a long-term combat campaign for one player and challenge hundreds of computer-armored vehicles. Shoot cannonballs and projectiles, use napalm and a machine gun. Change tactics, grab randomly appearing boosters and bonuses, break boxes and destroy drones, which may also drop something useful. Cannot crush another enemy? Try to get rare parts and resources in unique events from developers. Fight in winter and summer, pump armor, tracks, turret and barrel, unlock cool shells and metals, upgrade and destroy. Go through many challenges and enjoy graphics and effects with simple controls!

Gerand – bent barrels is perfect for gamers of all ages. You can relax and have fun in this application. 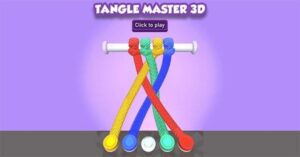