Glory Ages – Samurais is an excellent tactical action game from NoTriple-A Games that takes the player back to medieval Japan. Get ready to travel back to the middle Ages, where you have to plunge headlong into exciting fights. Its outcome depends entirely on the correct decision-making. The intelligence of opponents is quite high, so they can surround your character and make counterattacks. Put a block on blows, react to a changing situation and much more. Calculate the moves of your opponents in advance and accumulate rage points to activate at the most dangerous moment and quickly deal with a bunch of opponents. Unlock numerous fighters with unique qualities and unlock a considerable number of melee weapons. We should say that the game has a decent quality level of three-dimensional graphics, atmospheric musical accompaniment and a large selection of arenas with different weather conditions. Download also Arena of Valor and 1v1.LOL.

Fierce battles with real samurai await you in Glory Ages – Samurais. Master the craft of fighting on katanas, jari spears, tsurugi and other types of edged weapons popular at that time.

The developers paid great attention to artificial intelligence with which battles take place. Forget about bots that just walk forward and die from a few hits. This enemy is much more dangerous and smarter. NPCs can attack you together, several people at once, in case of danger they retreat, together they make an attack, surrounding the target. They also have a bunch of battle cries and grimaces with which they test your nerves for strength.

Glory Ages – Samurais makes you follow the fight and think about when to attack and when to defend. Alternatively, you can use even step back with a jump. In addition, opponents attack you from all sides and force you to move around the location, avoiding blows.

A large number of characters and weapons

However, your hero is also not simple, you can reflect the blow at the right time, blocking it, and, if possible, make a combined attack causing a lot of damage. Also, accumulate rage during the battle, which at the most critical moments can help you to lay down several opponents with one blow.

In addition, you will find a large selection of heroes, each of which has its own type of weapon and abilities. Improve your skills, hone your skills and destroy all your opponents. As you progress through Glory Ages – Samurais, you can acquire new weapons or even change your character. A local store helps to do this faster, where game accepts payments in real money.

All actions take place on vast locations, use the space and your skill to break the enemy formation and interrupt them one by one. There are ten locations in the game and each of them has the same number of levels. The differences between the cards lie mostly in the color palette and small details and between the levels in the duration, difficulty and number of opponents. Depending on the situation, you have to apply one or another mechanic to cope with a squad of enemies. Thanks to the large spaces, players have ample room for maneuvers.

The game has amazing graphics that create the atmosphere of medieval Japan. We have before us many bright pink colors. Oriental music also sounds in the application.

We suggest you download Glory Ages – Samurais mod for unlimited number of gold coins and buy weapons or new heroes for them.

Glory Ages – Samurais is the story of a brave samurai warrior who have to defend his honor, fighting enemies in ten colorful locations with unexpectedly changing weather conditions. The latter will have a direct impact on the moves taken and the outcome of battles in general. Thanks to artificial intelligence, the enemies themselves are smart. They know how to counterattack, surround, dodge and block your punches. With such rivals, you should not rely only on your skill and faithful katana. 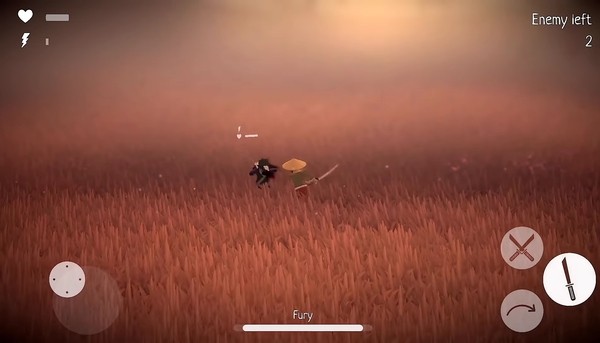 The combination of decent AI and a huge array of rivals will require you to take a thoughtful and unhurried approach. Accumulated stock of rage will help to cope with critical situations. By pushing it to its highest level, you will be able to handle even the most furious crowd. Sudden attacks are no less dangerous. You can successfully deal with them using the extensive arsenal of various medieval weapons prepared by the authors: samurai swords and katanas. In addition, the authors provided a system for pumping combat skills, weapons and equipment of the hero.

Glory Ages – Samurais features simple yet interesting combat mechanics. There are four buttons in total: Rage mode, attack, defense and jump. The Rage mode is available only after some time and lasts for a few seconds. In this mode, the main character can kill opponents with one blow. The game will not allow you to press the attack button stupidly, which is typical of arcade games. Glory Ages – Samurais makes you feel when to use an attack, and when, on the contrary, it is best to dodge your opponents by jumping. The difficulty of the game lies in the fact that opponents can attack from all sides at the same time, so you have to find advantageous positions and the best time to attack constantly.

Summing up, we would like to recommend Glory Ages – Samurais to everyone who loves action games. If you are also a fan of Japanese culture, then in no case pass by.