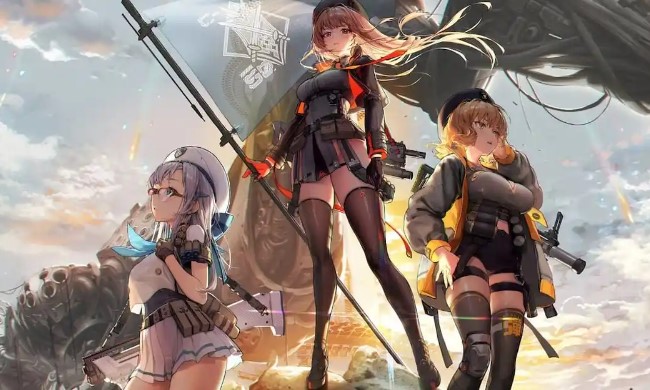 Goddess of Victory: NIKKE is a third-person shooter in which android girls fight back Earth from alien invaders. Gameplay will consist of moving around the map on event grabbing, fighting in a squad of three heroines and dialogue. In terms of gameplay, Goddess of Victory: NIKKE offers a banal shooting gallery, with characters hiding behind shelters and waves of increasing enemies running at them. You will also encounter bosses with which battles will be a test of skill. Gacha mechanics will test players’ wallets. That is what attracts attention, so its frank outfits heroines and visual effects during battles. Controls require only a single finger in the vertical orientation of the smartphone. This makes NIKKE a great time killer.

After unknown beings attacked humanity, most of the planet’s population is dead. The survivors have gone underground to create cool humanoid robots that can take revenge on their enemies. Assemble a squad of unique robot girls and create the perfect team to fight back against the invaders. 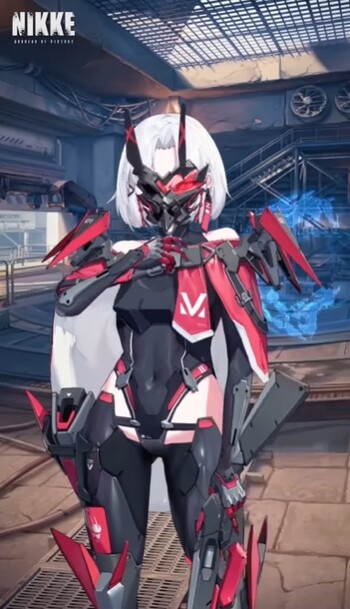 After a sudden attack by creatures nicknamed Raptures, humanity appeared to be destroyed. There was not a trace of the former civilization. Robots now ruled the earth, while the remnants of humans decided to hide underground. However, people were not going to give up and created fighting robots in their own likeness. NIKKE are the same girl robots that have unique abilities and can control almost all types of weapons. In the course of the game, you can get new NIKKE by participating in the game system gacha.

Goddess of Victory: NIKKE has prepared an impressive arsenal of weapons for players to choose. It is worth noting that different types of weapons can not only increase the strength of the main characters, but also complement the basic abilities as damage. This helps a lot during the course of the game.

In addition to weapons, the mechanized girls themselves also vary in their rarity. You will have to participate in a lottery in the hope of getting the girl you want. Compared to other games, players eventually get the characters they want, but there will be no indulgence from the developers in this case. 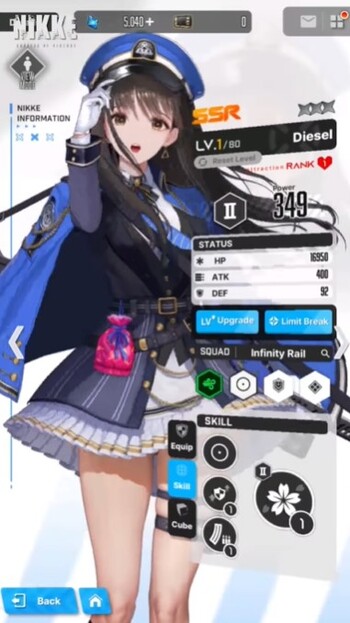 Fans of idle games will immediately understand what is what. The game allows 2 times a day to get resources free and another 2 times – for premium currency. Gradually, players will be able to turn their base into a real city, building a police station, a cafe maids, a hospital and more. At the base, you can still give gifts to your waifu, increasing communication with them, as well as listening to the tracks on the jukebox.

We noted the excellent animation and art style in general, as well as the relatively generous GACHA and gameplay unique to the genre. As for the sounds and music, everything is also top-notch in this context.

Download GODDESS OF VICTORY: NIKKE Mod APK and get access to God Mode with which you can fight enemies easily. 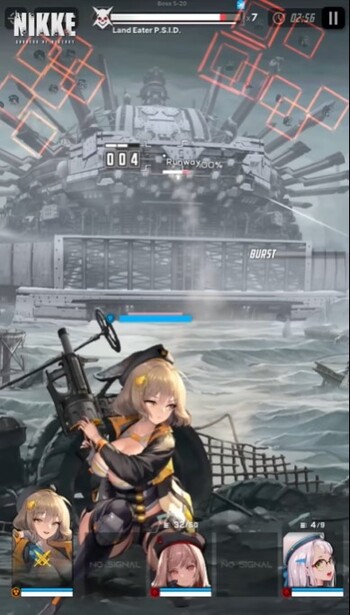 The first thing that catches your eye is that there is no account energy in NIKKE, which usually limits the player in terms of time. On the one hand, this is good, because you decide when to stop, on the other hand – many gamers will not be able to stop playing.

You don’t have to reload, change ammo, and the like. Just take cover and shoot until all the enemies are defeated. Well, hiding for a long time will not work, because every character in the NIKKE has an indicator shelter. If you bring it to zero, waifu will not hide anymore to the end of the mission.

Battles with bosses at the start of NIKKE may seem very simple, but as you pass, there are such bosses from which you can shoot off certain parts of armor. For example, if a rocket shoots you, you can stop it with a rocket launcher. In addition, if you are a Pro-gamer, you can destroy individual projectiles in the air.

Though there is gacha system in NIKKE, you can easily get a lot of tickets to waifu. In addition, after 40 prayers, a “wish list” opens up to you. In it, you choose which SSR- waifu you want to get. This means that you will only spend money and time on characters you want.

GODDESS OF VICTORY: NIKKE is an exciting shooter in which you must control mechanized beauties. Form a squad, arm it with the latest technology and go to the battlefields to fight against alien invaders.