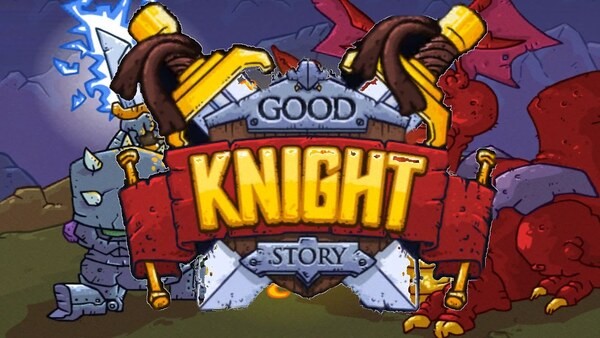 Good Knight Story is an entertaining strategy game that will put you in an awkward position, because its main character finds himself in the middle of a dungeon and has absolutely no memory of how he got there. You have to go through the worst hangover in your life and escape from this terrible place as soon as possible, using your faithful shield and sword for this purpose! This game very successfully combined the role-playing game and already familiar puzzles in match-3 genre and its main idea is the task of passing level by level in order to get out of the trap. Various enemies interfere with your goal. In order to deal with your enemies as quickly as possible, use the best attacks in this application. Pump your weapon, because the further you advance through the game levels, the stronger and more ruthless your enemies will become. We also recommend downloading Card Guardians and Pull Him Out.

Are you ready to find out more information?

Good Knight Story has a plot. It is quite curious, and most importantly, it develops throughout the game, revealing new intriguing details. Moreover, it all started like that. A friendly company of valiant knights, forgetting about the knightly code, drank heavily in the tavern. After that, the protagonist wakes up in a damp dungeon with terrible headaches and a complete lack of information about what he was doing the day before. The situation is aggravated by the fact that the knight’s sword has disappeared somewhere, various aggressive monsters are crawling from everywhere, as well as the periodic appearance of a leprechaun who is trying to appeal to your conscience. In general, the main question is what happened last night? You have 100 levels to find the truth. 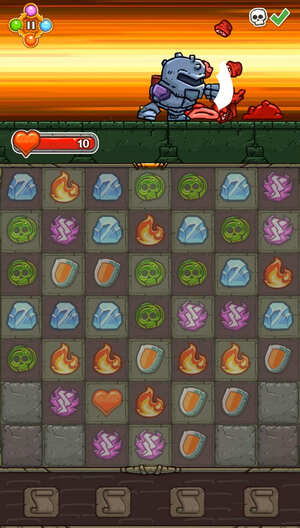 Well-known puzzles in a new form

The gameplay of Good Knight Story focuses on the system of battles on the playing field with different elements. If you have played match-3 games, then you know what we are talking. You have an enemy and your knight, who wants to chop this enemy into pieces. The player’s task is to connect chains of identical elements on the playing field, which, in turn, increase the damage inflicted by the knight to the enemy. The longer the chain of elements, the more damage player inflicts on the enemy, but the difficulties do not end there. Firstly, our hero has a certain number of hit points, and if the first enemy chops you badly, then the second one will be able to kill him, so try to destroy the enemy in the allotted number of moves. Next, do not forget to look at the type of enemy element – one element deals more damage to the other, but takes more damage from the third.

Most of all we liked the tasks in Good Knight Story given before each level. For example, you need to destroy at least three enemies in order to go further. If you killed two and the third killed you, the game is over. For example, the task requires you to collect three keys to get out of captivity. The last enemy has an infinite number of lives and you just need to have time to pick up the key before the time comes for the enemy’s attacks. Gradually, the tasks become more difficult, but this only makes it more interesting to play and there is nothing difficult in the application. 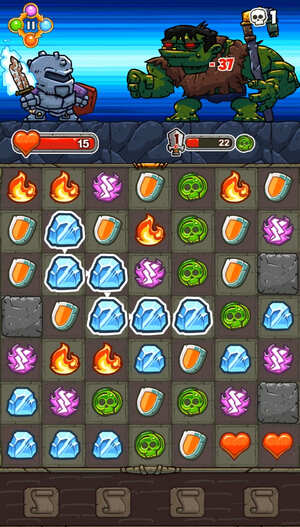 It is a very colorful game with friendly graphics. That is why the age limit here is only 7+, so almost anyone can enjoy the project.

You can only invest money to buy virtual coins. Use them to improve their equipment or buy new weapons. This can help you complete tasks much faster and easier. So that you do not strain, we suggest downloading Good Knight Story Mod APK for unlimited amount of money and lives.

It is no secret that it is always more difficult for developers of casual gaming products to surprise their consumers. When you create an AAA class game, you have a bunch of features, graphics, gameplay and other chips. However, not everything is so colorful in casual projects. For example, Good Knight Story developer had to come up with a unique combat system and a huge number of tasks that would allow the player not to get bored for a long time. We can safely say that it is more addictive than any real-time strategy. This is an amateur product and if you prefer action, then you will not like this project. Here you need to think more, build a strategy several moves in advance, try, remember. That is, the game is also not suitable for completely lazy gamers, because there is only casual basis here. 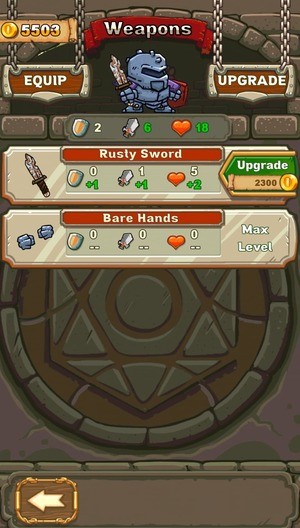 There are 125 levels in Good Knight Story with pumping of both the hero and the weapon. However, it is necessary to complete the level to upgrade main hero. Earn coins and spend them on buying weapons and upgrading them. In addition to weapons, there are bonuses that you can buy for coins. The game is sorely lacking money, so you should not buy a weapon. It can drop out in the chest at the passed level and you don’t need to pump it either, because a stronger weapon can drop out at the next level.

The developer of Good Knight Story has managed to create a truly addicting game. It has many levels with cool tasks and difficult opponents and the gameplay itself implies that you will think a lot, calculating moves in advance.