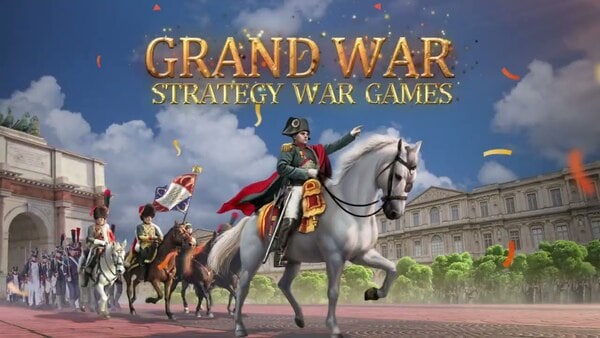 Grand War: Army Strategy Games is a classic representative of a military strategy in which you will act as an army commander. Show your leadership qualities during your exciting journey. Here you will act as a general, which you will go to perform exciting missions to capture new territories. 10 chapters, over 60 famous campaigns, 100 countries and an army. Fight on the side of Napoleon and take part in the epic battles involving the troops of his army. Generals have their own special unique skills that can greatly help you bring your Great Empire to indispensable prosperity. Carefully think over the strategy for the battle to become the winner. Download also Train Clicker and Stick Era – The Art Of War.

Read our review for all the details about Grand War: Army Strategy. 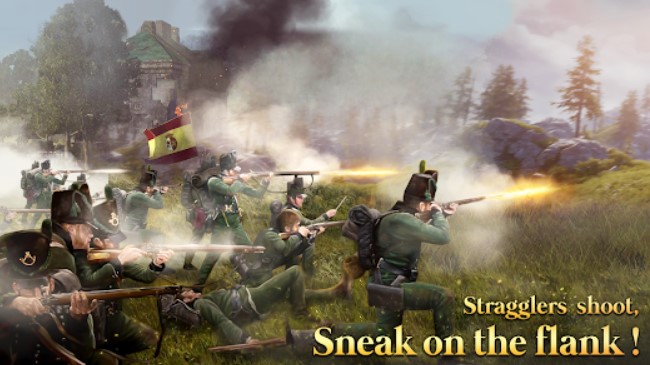 Your task will be to destroy the enemy army and capture all the settlements and mining buildings in each passable mission. To do this, create a strong army from various squads of soldiers, go travel around the map, and fight enemies. In addition, do not forget to strengthen your city, because the enemy can attack it and try to capture it.

Here you will find very exciting campaigns, such as Bataille de Marengo, Battle of Waterloo, Battle of Trafalgar, Battle of Leipzig and many others. As you may have guessed, the action of the game takes place in the era of Napoleon, so bloody battles await you, but also worthy rewards for victory.

Become a witness to historical events

Grand War: Army Strategy will allow you to see with your own eyes the course of historical battles that determined the future. However, you can also participate in this yourself and write your own story. In addition, here you can meet many legendary French commanders who will lead your unique army: cavalry, cavalry, musketeers, warships and many others.

You will move your soldiers around the global map in turn-based mode, where at every step you will be able to face the enemy army. Take part in epic battles against enemies, capture villages and entire cities. Be careful and do not leave your city of troubles under supervision, as your enemies will also be able to attack it. 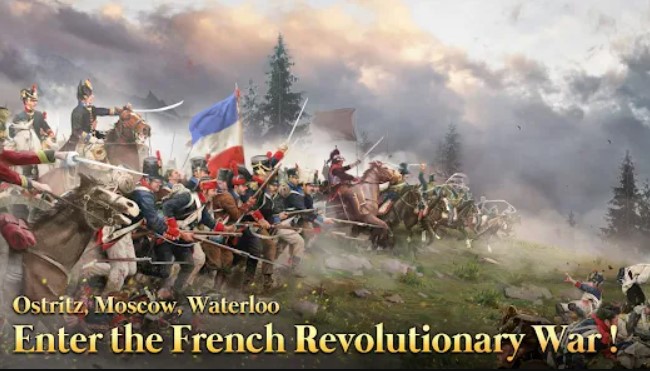 Use the terrain to your advantage

Grand War: Army Strategy Games offers you to make the right decisions based on the area around you plays a huge role. For example, if you fight on a hilly area, this is one thing, but if you decide to fight on a plain, then quite another. Depending on this, you need to arrange your troops in one way or another. Each terrain has different bonuses for different armies and generals. Choose your route carefully and lure your enemies to fight on the terrain that suits you.

The main task of the player in Grand War: Army Strategy will be the distribution of tasks. For example, in cities you need to mine resources, build new buildings, train warriors and protect the borders of your state. Moving around the global map takes place in a systematic mode, where every time you can meet the enemy army. 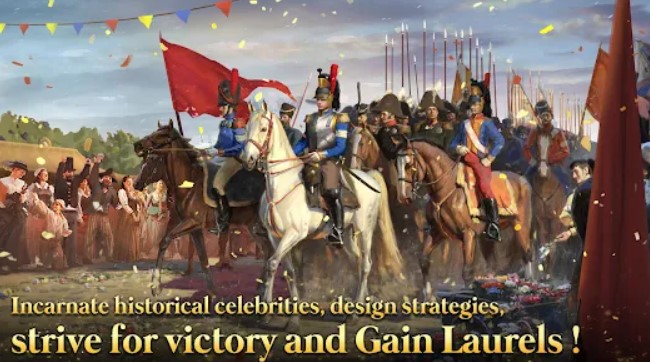 Be careful and do not leave your city without guards, as it someone may attack and destroy it. Several types of warriors are available to players to use in the most effective way. First, try to fortify the city, and only then explore new territories, attack the cities of other players and take part in battles.

Grand War: Army Strategy is an exciting strategy where you can feel like a tough conqueror. Territory battles have never been easy, but you need to download and play this application to see for yourself.