Grand Wars: Mafia City is a team shooter from the developers of GDCompany. First, decide on a leader by choosing from several available candidates, then arm yourself properly and get ready for furious firefights. Take control of the city streets, thereby not only your influence will grow, but also the number of fighters. Upgrade the main character to increase his characteristics and look for deadly weapons. You can quickly move with the help of vehicles to get to distant places where there are boxes with weapons and other resources. Use any means available to defeat the rest of the gangsters and become the sole owner of the whole city. This project is battles between squads of players in real time, low-poly 3D graphics, dozens of weapon models and various arenas in which you must prove yourself as a skillful strategist. Add also comfortable controls that allow you to start a battle immediately without having to remember the location of the buttons. Also, download StrikeFortressBox and Rogue Land.

Become the storm of all the streets by eliminating the competition in Grand Wars: Mafia City.

The essence of Grand Wars: Mafia City is to take control of the entire city for you and your gang. First, capture your first district by killing the leader. After that, you can open the chest with bonuses, and new thugs will join your team. Then go on an adventure and try to conquer new lands. To make it easier for you, it is possible to navigate the mini-map, located in the upper left corner. When you enter a foreign area, get ready for a fight. Battle with the opposing team by engaging in a firefight. By the way, a team can have a maximum of four people. The winner is the one who pumps his character better and equips himself with the best gun. 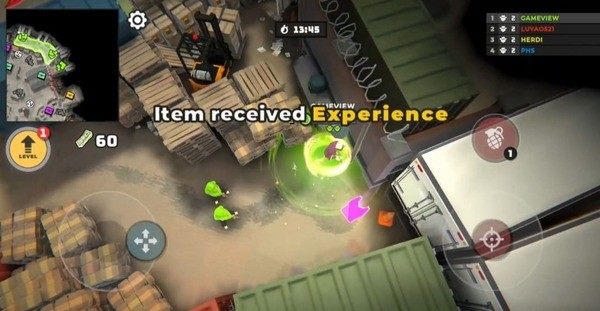 A huge number of weapons

To make the game more interesting, the developers of Grand Wars: Mafia City have added a wide arsenal of weapons to satisfy even the most picky player. There are many machine guns, pistols, sniper rifles and grenades. Not without grenades, which can kill all opponents at once. In general, each type of weapon offers several weapon models to choose. Get equipment that suits your tactics. Someone likes to kill from a distance, while others immediately run into the thick of things. Choose an arsenal depending on your preference. Remember that there can be no peaceful existence in this project. If you do not capture the area, they will take the territory away from you. Therefore, take the most convenient weapon for you and go to capture the city.

Upgrade your cannons and your companions

There is the possibility of upgrading and pumping both your helper units and weapons in Grand Wars: Mafia City. After you find and shoot the ammo box, you get the option to choose a skill. We suggest choosing between two enhancements. For example, you can increase your damage by 24 percent or increase the health of allies by 17 percent. It happens that the situation is radically opposite. That is, you either improve your health or make your friends more powerful. There can be a huge variety of situations, but it is important to make the right choice, because the battle outcome depends on this. If you want to own an entire city, you need to make the right decisions. 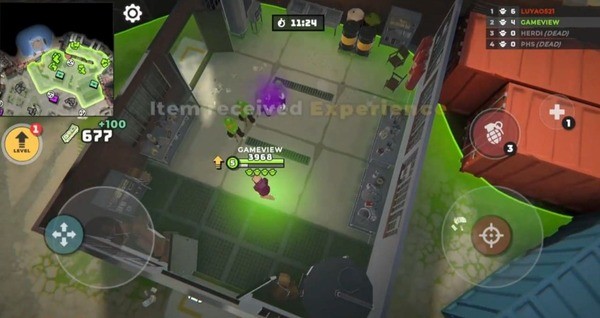 As already mentioned, Grand Wars: Mafia City features top view, so here we cannot talk about very realistic graphics. At the same time, the project is quite beautiful. Especially the developers were successful in the shootouts between the heroes. Accordingly, each weapon in the application has its own recognizable sound, so the audio accompaniment in the application is great.

We suggest you download Grand Wars: Mafia City Mod APK for an unlimited amount of money, which can help you unlock any weapon and upgrade your character faster.

Please note that the mod may be unstable, since the game is quite new, and the developers very often make changes to it by updating the project. If the mod for some reason does not work for you, then do not forget to follow our updates. This way you will receive the latest news on new mods for this game.

Another important feature of Grand Wars: Mafia City is the presence of vehicles on the map. If you see a car in one of the blocks, then boldly run up and get into it. Use the car to move much faster. At the same time, your allies cannot sit in it, just as you cannot crush enemies. Keep in mind that you become defenseless against opponents’ attacks when you are inside. Therefore, the best tactic would be short-term movement between areas, but it is better to come to the firefight on foot. 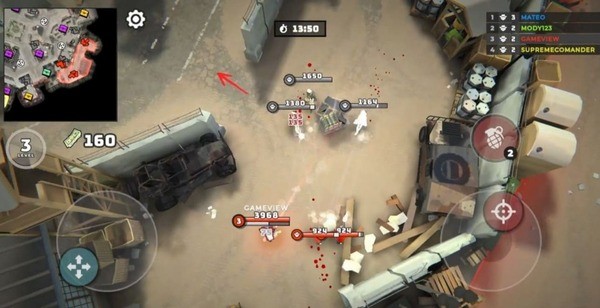 The most convenient control is also worth noting. With your left hand, you set the direction of movement of your character, and with your right hand, you direct the weapon at the enemies. Shooting is carried out automatically here. The project positions itself as a multiplayer game, but some users believe that Grand Wars: Mafia City is more of .io project, where bots represent real players. In any case, players can find rivals for battles quickly enough, despite the fact that the game is completely new. By the way, the project has an age limit of 13+ due to many shootings and scenes of violence and blood.

Grand Wars: Mafia City offers users dynamic gun battles and interesting gameplay. If you like to shoot, then be sure to download this game.