Grim Quest is a turn-based RPG for old-school lovers. The game has retro style with a pronounced gothic atmosphere. This project is for those who still remember the classic Baldur’s Gate and Planescape: Torment, where there were tons of text and indescribable charm. Something similar awaits you here.

Your main task is to explore the fantasy world map and look for epic adventures for your hero. They are waiting for you at every step. Exciting battles, interesting puzzles, unexpected encounters and fascinating stories – all this awaits you in Grim Quest – Old School RPG. Choose the class of your character, study all sorts of skills and perks, look for weapons and artifacts, and most importantly, control your hero exactly the way you want. We can also offer you Monster Legends: Bang Bang in the same genre and Gacha Club if you prefer anime.

This is a project of a little-known but ambitious developer. Read on and find out  the main features of the game.

Immerse yourself in the gothic and dark atmosphere

Grim Quest, like many classics of the RPG genre, captivates with its unrivaled atmosphere. We can call it hallmark of this project. Here, every location and element has a gloomy and somewhat depressing atmosphere in the Gothic style. Developers designed the whole game generally in black tones, which further immerses the gamer in special environment. 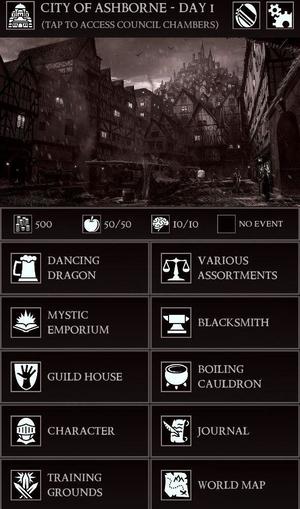 Another reference to old games is the well-known and beloved turn-based gameplay system. Your character moves along the cells from location to location, and you never know in advance, what the map hides. It can be either an interesting quest or a bloody battle around the corner. You also take turns with the enemy in the battles. Several boss fights await you in the game.

The main feature of any role-playing game is the ability to act with character exactly as the gamer wants, using game variability. Grim Quest – Old School RPG can give you that opportunity. Here you can always make reasonable and logical decisions and act out an adequate traveler or become a psychopath. In this case, the most unexpected consequences await you although it may be even more interesting to play this way. Become a Good Samaritan or kill everyone in your path – it’s up to you to decide!

Choose from 27 characters and bring your faithful pet to help

Before the start of the adventure, you can choose one of 27 characters to begin your long journey. There are completely different classes presented here. For example, you can choose an executioner and get a bonus to attack and defense in battles with humans. Become a cleric, receiving the same bonus in battles with undead. Well, you can start the game as an aristocrat, having received an additional amount of coins in your treasury at once. In general, the choice is huge. Choose a unique pet to accompany you on your adventure to make your journey safer and more fun. Each pet also gives some extras. For example, it increases the chance of critical damage or useful skill. 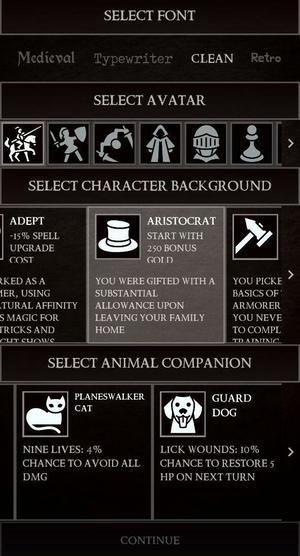 Use a variety of skills and spells

There was a place for magic in Grim Quest, because what role-playing game can do without it. To begin with, the hero is waiting for 25 unique spells, each of which can radically affect the course of the battle. In addition, the character can learn up to two dozen active and passive skills during the playthrough. Thus, the gameplay becomes more varied and interesting.

As already mentioned, the game has dark gothic style, and the soundtrack presented here only adds authenticity to this atmosphere. Black tones, intense music and an atmosphere of complete doom gives Grim Quest its own unique style. Itis sure to appeal to many gamers due to its integrity. The game doesn’t deviate from this concept for a minute. 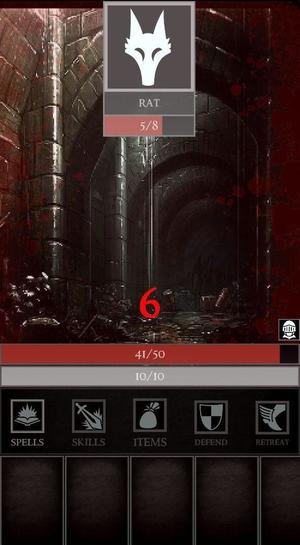 Grim Quest – Old School RPG is free to play, but annoying ads can distract you. However, if you download a modified version, then you won’t longer have this problem. Install no ads mod and enjoy the playthrough without annoying banners.

We played Grim Quest to come up with a verdict for our site visitors. Based on the results, we can guarantee you a safe and correct mod operation without advertising. Just install the modification to your Android device and you don’t need to do any other actions.

Before starting the game, you can choose one of four difficulty levels, including a special Permadeath mode, in which your hero can die only once. There is a lot of text in the game, as we said earlier, so get ready to learn about various interesting stories and try to remember some points, as this may come in handy during quests. Speaking of quests, there are a lot of them here. Throughout the game, you have to search for 60 fragments of lost knowledge. 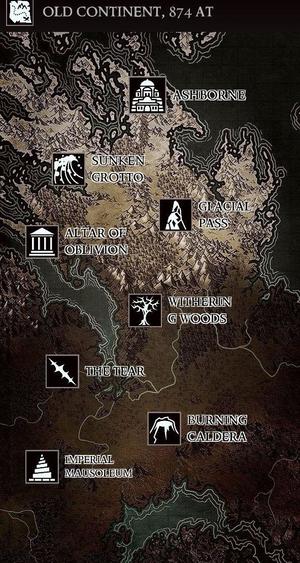 The game also has a castle siege system. During such a battle, you control the defense of an entire city. Try to hold back the attackers and repulse all enemy attacks. As you travel through the locations, you can come across interactive events. The options for the development of events in Grim Quest are incredible, so you never know what awaits around the next turn.

Grim Quest challenges old-school RPGs, and does it well. A special atmosphere, interesting quests, fascinating stories and a flexible level-up system allow you to spend a lot of time here.

Don’t forget to delete the original version of Grim Quest – Old School before installing our modified version to prevent errors during installation process.