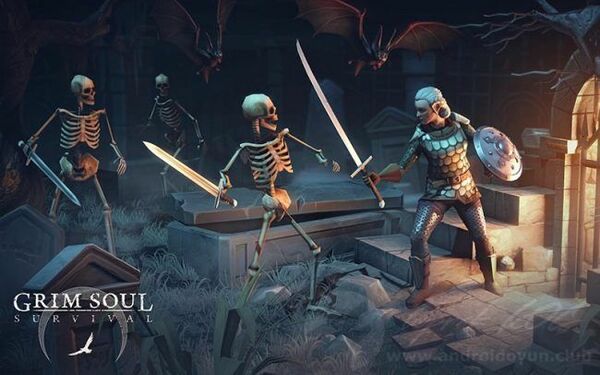 Grim Soul Dark: Fantasy Survival is a free MMORPG survival game that offers the player an adventure in a cursed world. It won’t work for the hero to die and find peace, so player tries to do everything to make life easier for his character. You have to start the game from poverty itself, under the guise of a naked man who has nothing at all. By collecting various objects and stones, it becomes possible to create the first objects to protect the hero’s body from weather conditions. Later, after accumulating useful things, it is possible to create an ax and pickaxe or even a weapon. The game has a very good and extensive crafting system. In Grim Soul, the user can’t only create clothes, armor, weapons, tools, but also build houses, sow seeds and attack enemies.

If you are an ardent fan of dark fantasy and love to survive in harsh conditions, then be sure to check out the detailed description of game advantages.

The harsh world of the middle ages

The world of Grim Soul Dark: Fantasy Survival is close in its atmosphere and setting to such masterpieces of the RPG genre as Dark Souls. There is no definite linear narrative, so you will go through the game on a whim, independently choosing one or another path of character development. In fact, you are facing a huge sandbox with many locations, and your only goal is to stay alive as long as possible. At the same time, the world still has its own history, you can learn more about the game by studying the descriptions of objects, scrolls and notes available within the gameplay. 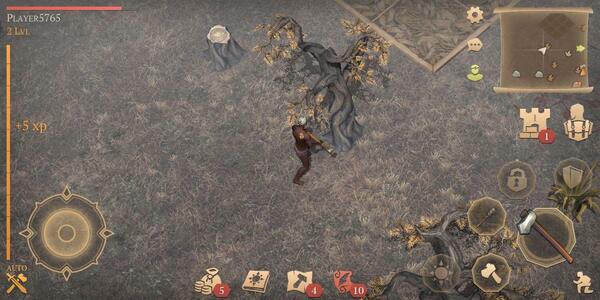 Apperciate things that you have

Among the many game processes and features in Grim Soul Dark: Fantasy Survival, it’s hard not to mention one important detail that sets this game apart from its competitors. You can lose everything in a few seconds in this game. This means that the game is as close to reality as possible and when the hero dies, the user loses all the equipment he has been crafting for so long. 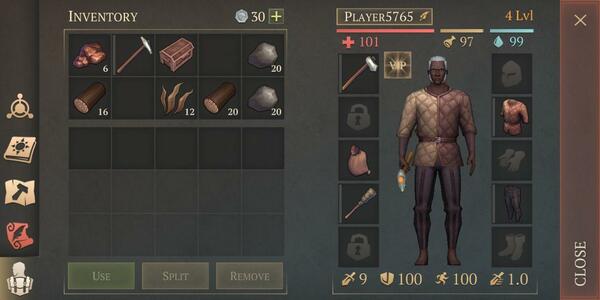 This aspect of Grim Soul doesn’t suit many users, so the developers introduced a step that allows gamers to restore all the things and items of the deceased character. The truth is that the body lies where the character died, but getting to it is usually problematic. In addition, another character can easily rob the dead body.

Build your own home and turn it into a castle over time, but don’t think that your shelter can protect you from all adversity. You have to monitor the state of your castle. You need to defend it from the undead and other survivors, by placing traps around the fortress. After all, each of the players in Grim Soul Dark: Fantasy Survival can enter the user’s fortress and pick up valuable resources. 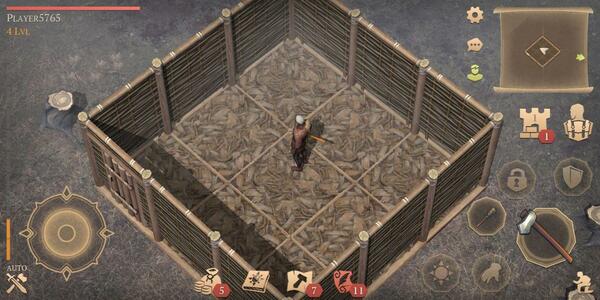 A huge arsenal of edged weapons can always come to the aid of a young hero. Find your best weapon and go hiking. Using different fighting styles, you can succeed, even against a higher-level enemy. You can use dungeons to improve skills. Mysterious catacombs allow you to hone your skill level thanks to the crowds of monsters who defend the legendary fiery sword. 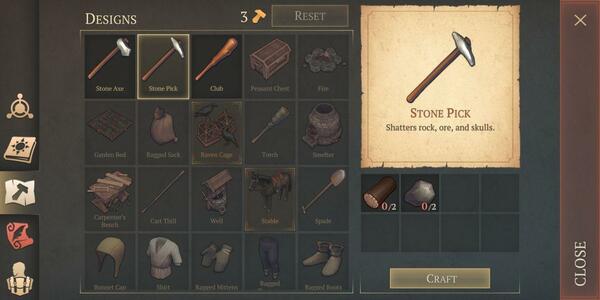 After you have settled down on your home plot, you can go outside the location and find yourself on the global map of Grim Soul. All available places to visit has special marks: caves, dungeons and houses of other players. Go to the nearest locations so as not to waste a lot of time on the road. Many locations are marked with a skull icon. It stands for complexity. The more skulls, the higher the difficulty. In addition, all things will disappear in such locations after your death.

The graphics in Grim Soul Dark: Fantasy Survival are awesome. Game design plays a significant role in perception of visual component, which includes elements of the middle ages. Therefore, developers allow players to plunge into the atmosphere of the distant past. The incredible detailing of characters, objects and everything that happens on the screen is so mesmerizing that the developers deserve a standing ovation.

This entire atmosphere has support of an excellent soundtrack, which in its theme is not inferior to the graphics. Pleasant tunes and amusing voice acting of the crafting process leave the best impressions.

From the very start, the developers positioned Grim Soul Dark: Fantasy Survival as a hardcore survival game. If most of the players managed to get comfortable and develop their character at the initial levels, then later the game becomes more complex and requires incredible gameplay skills. So that you don’t feel so offended for your character and all the wealth he has acquired, we suggest you download a modified version of Grim Soul. Now, you can reach a completely new level.

Thanks to the mod, you can craft and build almost without stopping, since won’t not need resources. It is enough just to select the desired element and, despite the lack of funds, start the process of its manufacture. We should note that it could be a weapon or protection element for your castle. In addition, all of your items in your inventory will receive maximum durability. This parameter won’t degrade over time. This way, you don’t have to re-manufacture most of your items.

Another feature is the ability to travel across the global map instantly, which, unlike the original version of the game, can save you a lot of time. You also receive all the recipes available in the game for crafting items and weapons. In sum, all the options allow you to exist in the game world comfortably as long as you want.

Our team has tested the possibility of using the menu mod in Grim Soul Dark: Fantasy Survival and assures that all its functions work without any complaints. In order to take advantage of the above-described options, you don’t need to take any additional actions. Download a modified version of the game from our website and install it on your device.

With that said, we can safely call Grim Soul Dark: Fantasy Survival one of the best games in its genre, where your main goal is to survive. However, there are different methods to achieve this goal. Start by gathering resources and arranging a shelter and turn into a real castle. Fight enemies, create unique weapons from the extracted materials, explore forests and dungeons filled with dangers, but most importantly, beware of the night. It is fraught with more dangers than you might imagine.

How to Install Grim Soul Mod?