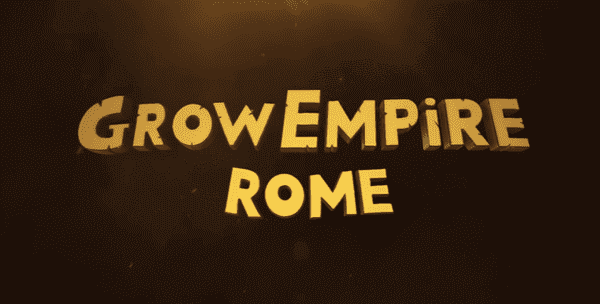 Grow Empire: Rome is an exciting strategy game from Games Station developers. Everything starts small in this project. Witness the transformation of Rome from a small village into a large state. You don’t need to create endless structures and buildings, since the game essence comes down to battles and expansion. Having started the game, you won’t be able to pause, since any defeated wave of opponents, as well as captured settlements, bring you closer to world domination! For fans of global turn-based strategies, we can also offer Vikings: War of Clans and Glory of Generals 3.

The app has an amazing rating on Google Play. Let’s take a look at the reasons for the success of this exciting strategy.

Grow Empire: Rome makes you feel like a Roman general. Each commander has a fortress and loyal legions. The latter can lead conquest campaigns for you on the territory of other nations. The project involves a long immersion into the gameplay. Begin your journey towards the establishment of Roman Empire using a pair of peasants armed with sticks, as well as a picket fence instead of walls. However, do everything to end up with forefront of Praetorian cavalry and stalls behind. In fact, the game is not difficult. You just need to click on this or that improvement in time. 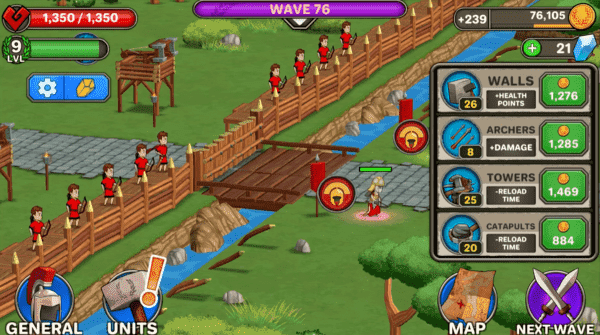 Expand the boundaries of your empire

As in most tower-defense strategies, Grow Empire: Rome requires the user to keep the borders of empire unapproachable. Fight off the attacks of barbarians and other attackers outside the walls of your fortress. Train different types of troops to improve their efficiency and gain access to new units. Start with a small squad of armed peasants ant turn them into velites and javelin throwers. Train spearmen, cavalry, legionaries, archers and increase fortress walls. Use all the war means in order to repel the attacks of more powerful opponents.

You can receive a certain amount of coins for defeating your opponent. However, the lion’s share of income in Grow Empire: Rome comes from various territories under your control. You need to capture other provinces to earn more, but you need a legion for this. Choose the composition of your army, upgrade individual units or improve all units to the maximum. It all depends on how rich you are. It’s not possible to control units directly during the battle, you can only monitor their progress. Moreover, there is no endpoint in the gameplay, so you can fight the invaders as long as you like. 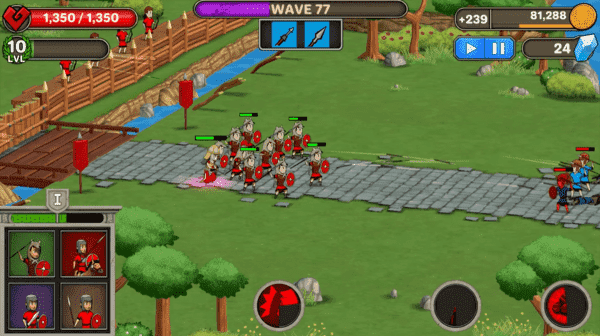 As you already understood, any improvement in Grow Empire: Rome requires investment in the form of in-game currency – coins. You can use them directly to upgrade your army and defenses. We offer you to download mod for unlimited coins. Thus, it is possible to greatly facilitate the gameplay and conquer the Rome in the shortest possible time.

Our team experts have tested unlimited coins feature for Grow Empire: Rome. The test results confirm its full functionality. Use coins to improve all parameters of your army as soon as possible. Moreover, we also checked the game’s installation file for malware. Our team guarantees the absence of viruses in the mod.

As noted above, the plot starts small: turn an insignificant village into a large and powerful state of Rome. The players have to fight on the side of Julius Caesar, who wants to conquer the whole Europe. Grow Empire: Rome allows you to control a huge and strong army and hire riflemen, foot units and cavalry. Moreover, you can use a huge supply of weapons, including siege vehicles. In-game locations and buildings include almost a thousand different structures that needs improvements and modernization. 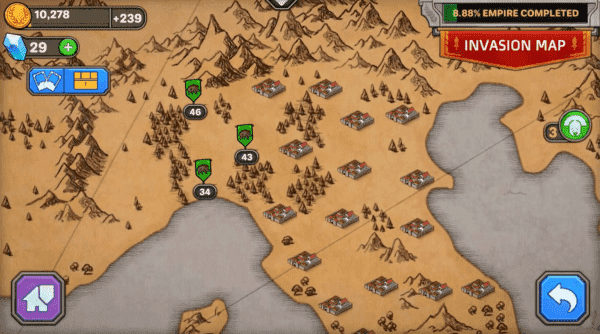 Management of military activities provides an important development. Grow Empire: Rome has two key game modes that subsequently send players to enemy lands and own territory. If the battle takes place on the terrain of city’s defenders, you need to choose the best shooters and fighters for battle. Collect trophies and remember about guards. If we are talking about attack actions, then your goal is to destroy the opponent’s gates and kill as many enemies as possible. Hire the best mercenary fighters that cannot leave their own town without proper security.

Each defeated opponent brings the player closer to popularity as well as splendor. A small Italian island is waiting for its own hero. Do not be afraid of changes, because even the weakest farmers can eventually become strong fighters. Protect your own citadel from terrible primitive raids.

Grow Empire: Rome provides the opportunity to embark on an exciting journey to Ancient Rome. The players had an excellent opportunity to participate in the most interesting historical events. Start perfecting your own unique concept of empire and create Rome itself. Take on the defense of towers, apply strategy mechanisms and subjugate all territories of Europe. The project has a simple interface. An easy control system allows every gamer to enjoy the strategy and quickly understand its intricacies.

Delete the original version of Grow Empire: Rome before installing our modified version to prevent errors during installation process.