GTA: San Andreas is the fifth installment in the world famous series of games from Rockstar developers. The game takes place in the early 90s of the last century. Carl Johnson (CJ) returns to his hometown to find out the cause of his mother’s death. This is where the main events of the game begin to unfold. Familiar nineties vibe: rise of hip-hop culture, high crime rates and gang formation. You can do whatever your heart desires in the game.

Become a villain by robbing innocent people and shooting everyone in your path. Lead a peaceful life and become an ice cream seller. After all, you can just wander around town or go to the gym. Among other things, CJ can visit clothing stores, tattoo parlors and hairdressers. The game world itself contains three islands where you can find exciting adventures. We also invite you to play other parts of the cult series – GTA: Vice City and GTA 3.

Learn about the main advantages and features of GTA: San Andreas from our review

GTA: San Andreas was the first game with revolution character leveling system. For example, increasing authority gives the right to recruit more partners to complete missions. Well-developed musculature affects the power of blows and attractiveness, etc. Karl needs to go to the gym, where he is gaining the necessary physical shape on various simulators. It is worth noting that the more often you use a certain type of weapon, the more you develop the hero’s ability to use it in action. The same is true for vehicles. If you like to ride motorcycles, then you have less chance of getting damage if comparing with car driving. In addition, the developers allowed changing the hero appearance. There is the opportunity to go to the hairdresser or tattoo parlor for a stylish tattoo. Separately, we should mention choice of clothing for Karl. You can purchase everything from hats to sneakers or shoes. 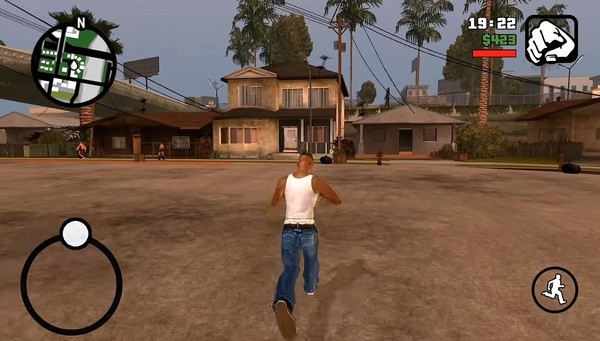 The GTA: San Andreas map offers gamers three big cities and many small ones scattered between. All these settlements have real prototypes in the USA. However, the city architecture is different. The distances between them are so significant that you need to use highways. At the same time, note that opponents on such routes also develop great speed, which is facilitated by the updated fleet of vehicles. We are talking not only about new or changed old cars, but also about such exotic transport for GTA: San Andreas as bicycles, ATVs and even tractors. Accordingly, law enforcement officers are not asleep. It is noteworthy that in the cities the police officers drive one type of car and outside – a completely different one. In addition, motorcycles were finally included in the fleet of local law enforcement agencies.

A separate point is to highlight missions that are completely different from each other, despite its large number. AI also plays a significant role in GTA: San Andreas. When it is necessary to control the vehicle, AI helps to shoot off the pressing antagonists. Completing tasks in this case is much easier, and they are often difficult. By the way, there are very funny moments in missions. Imagine a picture: a motorcycle rushes along the water channel in Los Santos. Then you see a scripted scene where a truck jumps from the bridge exactly the same perspective, as shown in Terminator 2. In short, the picture is amazing. However, the scriptwriters do not allow Karl to stay in one place for a long time. Therefore, from time to time he has to travel through vast suburban areas after the narrow streets of megacities. 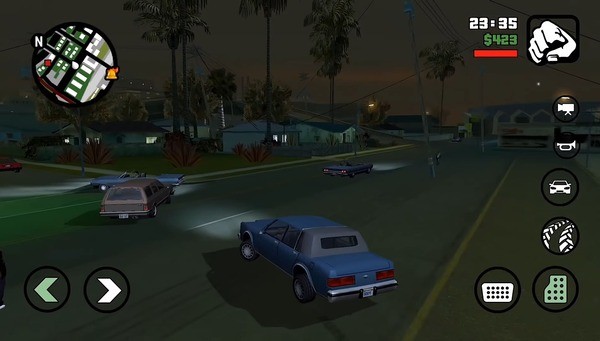 The graphics in the mobile version of GTA: San Andreas have almost at the same level as on PCs. We should also mention realistic shadows and real-time damage to cars. However, owners of only powerful gadgets can appreciate such innovations, since its availability greatly affects the project performance. In general, the optimization still has problems. It is better to use a powerful device for a comfortable game. Therefore, nothing can distract you from what is happening on the screen.

Google Play distributes GTA: San Andreas on a paid basis. We offer you to download the game free. You can also use our unlimited money mod. By using our solution, CJ will have almost infinite amount of dollars from the very beginning. 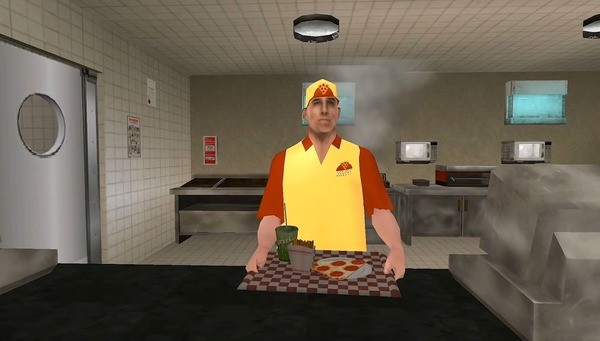 We have tested GTA: San Andreas for the convenience of our valued users. Based on the test results, we confirm the correct operation of unlimited money mod. With its help, your hero can become a real god in the game. The best types of weapons, the most stylish clothes and the coolest cars become available to you. Moreover, the app is absolutely free for you. In addition, we have tested installation file to confirm its safety.

GTA: San Andreas has absorbed all the best from the previous parts. Yes, there are disadvantages in the game, but the above-mentioned advantages clearly overwhelm its insignificant amount. We forgot to say that the game still includes incredible music on radio stations, ideally suited to the project atmosphere. Don’t forget original bonus tasks, mini-games, and indeed innovations in the gameplay. At the time of its release, San Andreas revolutionized the genre, while some developers still use this game as example. 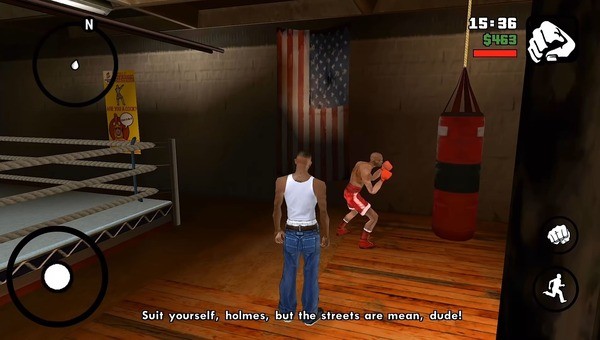 The Rockstar developers stated that GTA: San Andreas is one of the best mobile games to date. It’s hard to disagree with that. The company once again managed to bypass its competitors and show how to make games for Android devices.

Don’t forget to delete the original version of GTA: San Andreas before installing our modified version to prevent errors during installation process.