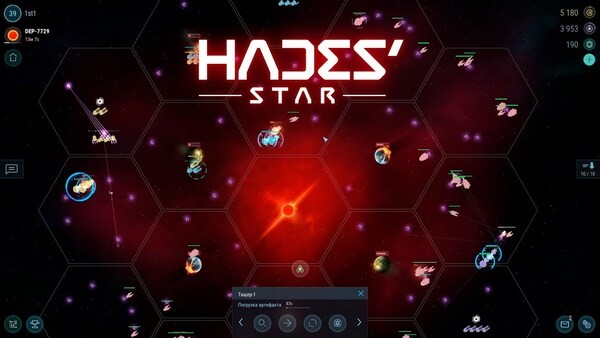 Hades’ Star: DARK NEBULA is a real-time space strategy game from Parallel Space Inc. Reconnaissance probes sent by corporations have discovered a new galaxy where there are many resources. Later, numerous colonizers arrived there, and you are one of them. Once on the very edge of the galaxy, you need to explore alien planets, mine useful minerals, build shipyards for the production of spaceships, etc. Form alliances and interact with other people to resist aggressive alien creatures together. Develop your colony while exploring the surroundings of nearby stars and achieve significant success in this matter. If you like strategy, then download Age of Modern Wars and Stick War 3.

Learn more about the game from our review. 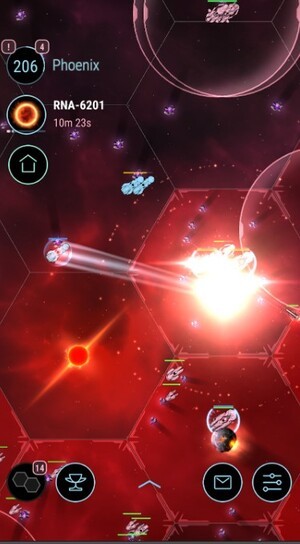 Explore and colonize your galaxy

You start in an uncharted star system in a sector with two planets and a transport ship. After colonizing the planets, you start extracting resources on them. By transporting resources in their system, the player earns credits (base currency) to upgrade planets and build short-range scanners used to probe the home system for planets and hydrogen asteroid fields. Next, build a shipyard, giving access to functionality of building and modifying ships: transport (cargo delivery), mining (collecting hydrogen) and battleships (combat).

Ahead in Hades’ Star: DARK NEBULA the most interesting thing awaits you. Construction of a Red Star scanner that opens a portal to the dying red star system, where your task is to take out as many artifacts as possible in 15 minutes. Do not forget that the player is usually not alone in hunting for artifacts in the Red Star system.

Artifacts obtained with difficulty are not for beauty – just take them to a research station and get credits, hydrogen, and, most importantly, blueprints for modules. After collecting a certain number of blueprints, you will be able to learn new modules that can help you both in combat and in everyday life. 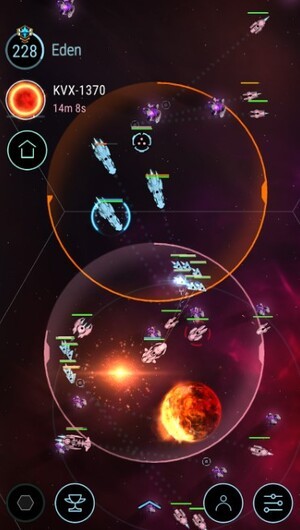 Team up with other players to succeed

The main advantage of this game is the social component. Hades’ Star: DARK NEBULA features corporations (maximum 25 players). These corporations have implemented the ability to go on private raids on Red Stars so that no one can steal your artifacts or otherwise ruin the raid. Well-coordinated team play can help you master the more difficult levels of the Red Stars, where a weak player cannot win without outside help.

In addition to the red stars in the corporation, there is an opportunity to go on raids on the White Stars. If red stars is predominantly a PvE mode (since players cannot directly damage each other), then white stars is a CvC mode in which a battle takes place between 2 corporations (5v5, 10v10, 15v15 and 20v20).

The graphics in Hades’ Star: DARK NEBULA are very beautiful: when the camera zooms as close as possible to planets, star effects and other objects in the game, you can see the smallest details. Picture itself can sometimes even fascinate with its mystery and amaze with its detail. Music fits perfectly into the space surroundings.

Download Hades’ Star: DARK NEBULA mod for unlimited money to get the most out of the game.

There are two types of economy – internal and external. Internal economy includes delivering goods within your solar system and between planets. Cargo prices can vary depending on the levels of your colonized planets. In addition, their level determines the maximum storage capacity of credits and hydrogen. 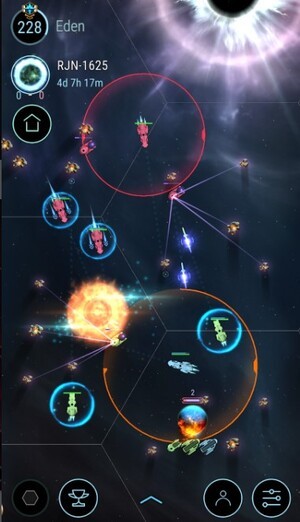 The foreign economy comes down to building diplomacy stations, allowing you to enter into diplomatic relations with other players. Players in this relationship can send ships to each other’s systems. Do it in case your solar system runs out of cargo. Send ships to another solar system to transport cargo between planets for a reward.

As you can see from the text above, loans and hydrogen are the main resources. Use credits for buying ships, opening and upgrading modules, building and improving infrastructure. Hydrogen is the fuel for flying ships around the star system, jumping to new star systems and powering some modules.

Two Canadian developers developed and maintained Hades’ Star: DARK NEBULA. One of them is Andreas Papathanasis, who has worked in studios such as Bioware and Supercell on Dragon Age Origins and Clash of clans respectively. At the same time, the game completely lacks any advertising, and the donation is so ineffective that we can call it pointless.