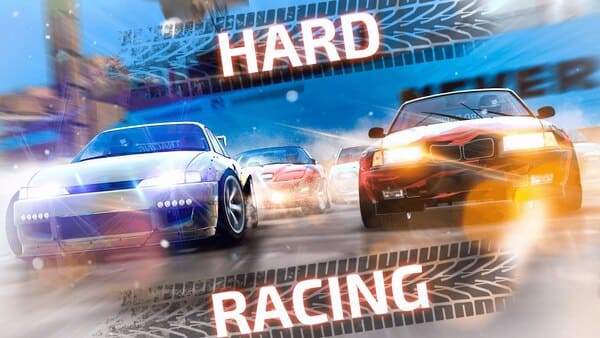 Hard Racing – Custom car games is a cool drift simulator where the player’s goal is to show real driving skills. Earn credits by scoring points while drifting to unlock new racetracks, cars and tuning items. In the beginning, you will have an old BMW, but later you will unlock some powerful supercars. Paint the car in your favorite color and change the rims to make the car look even better. This game offers no less than 15 cars with unique behavior on the road, decent 3D graphics, realistic engine roar and several control options. You will also find several exciting game modes. If you like racing, then pay attention also to Bike Racing: GT Spider Moto and Wheelie Life 2.

If you want to know everything about Hard Racing mod APK, read our review. 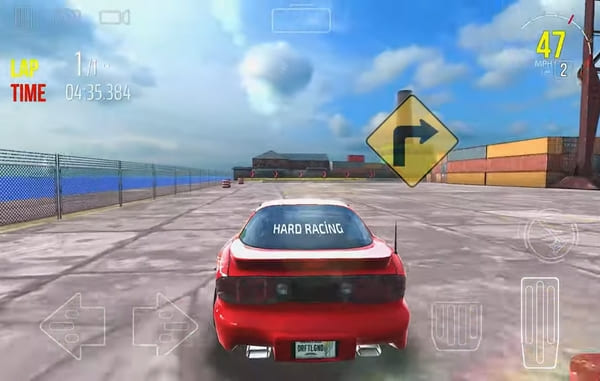 To make a steep skid, you will have to try hard, because you need to squeeze the hand brake at the same time. Turn the steering wheel in any direction and then step on the gas. Then just adjust the movement of the car with special arrows that turn the wheels. Developers added damage to add a modicum of realism. If you lose control of the car and collide with a fence or something else, then scratches or dents will remain on the body. It all depends on the force of the blow.

You will start your adventure in Hard Racing – Custom car games with an old BMW, but later the player will be able to unlock a huge number of cool cars. The developers have added a large number of cars, and those that are ideal for drifting. It is necessary to choose your favorite car, drive the first races on it, and then improve it with the money you earn.

Each of the cars has several parameters on which your efficiency on the track depends. The so-called specification. These are power, weight, top speed, shifting, handling and braking. Use the credits that you receive during the races to improve one or another indicator. However, it is often easier to just buy a new car. 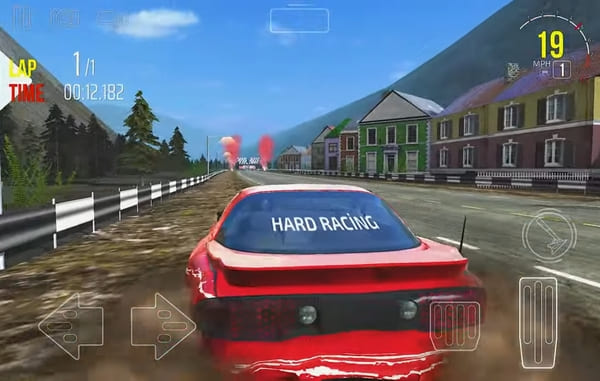 Score a certain number of points by entering controlled drifts and staying there for as long as possible in the challenge mode of Hard Racing – Custom car games. There are other modes as well. For example, free ride. There are no tests and other distractions – just you, a car and a winding road. It is also possible to compete with friends online. Each time you successfully enter and exit a drift, the odds will increase, which in turn will multiply the points earned in the drift.

In this case, of course, the longer the skid lasts, the more points you can earn. Along the way, you will face different tasks. For example, hold out in a skid for a certain number of seconds or accelerate to a certain speed. Completing these tasks will help you earn money.

Hard Racing mod APK is an application in which the number of points earned will depend on the duration of the drift, the angle of the skid and the speed at which the maneuvers were performed. Based on the results of each race, you will receive rewards and be able to set new records. The difficulty will depend on the choice of car, because they differ markedly in their behavior on the track. Unleash the potential of each model and earn maximum points to compete with other players in achievements! 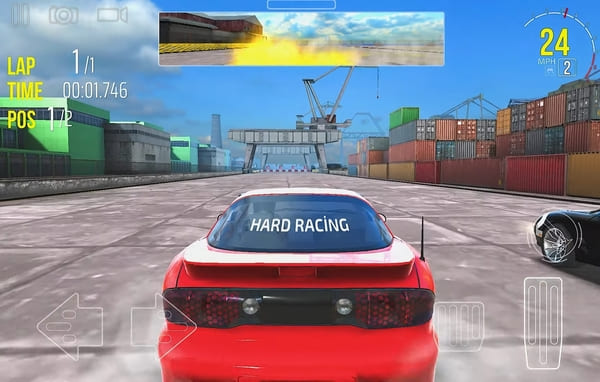 You will not need the game currency, since it will already be in abundance due to the mod for a lot of money. Buy any car in the garage to experience new emotions! Each model is unique in handling due to different characteristics of weight, speed, suspension and other nuances. To give your car a more familiar racing feel, you can customize it with custom rims, colors and decals.