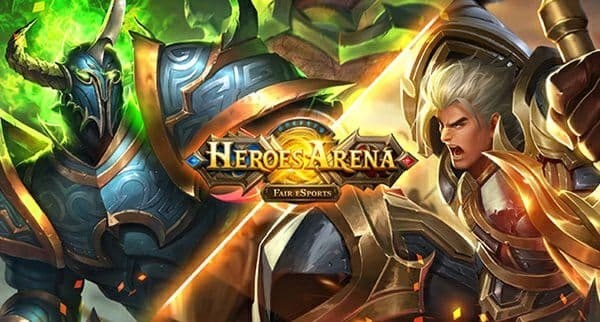 Heroes Arena is a classic representative of MOBA genre, where players from all over the world control their champions in an online arena to find out who is stronger. An addictive game with unusual gameplay and graphics allows you to plunge into the world of battle strategies. The developers have created 13 unique heroes with their own strengths and weaknesses. You need to find an approach to each of them, choose a character and go to the arena. Among other similar projects, our team recommends League of Legends Wild Rift and MARVEL Future Fight.

uCool released Heroes Arena in 2016. During its existence, the game collected more than 10 million downloads with average 3.2/5 rating.

Heroes Arena is a typical representative of multiplayer arena strategy genre. However, the game differs significantly from competitors in its appearance and abundance of playing fields. There is an opportunity to choose arena located in the desert or on the plain. However, these are not all the differences! Playing field is a huge location where players need to lead their heroes in search of opponent. In turn, he can sit in ambush and prepare a couple of unpleasant surprises. You can also choose opponents on each of the maps presented in the game, if rating and level allows. Otherwise, game selects opponents randomly in accordance with the level of main character, put up for battle. 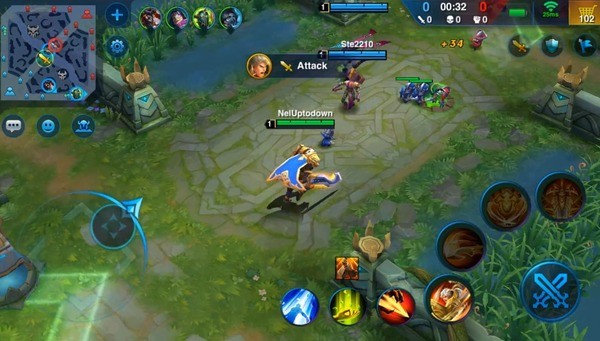 Project developers have thought over the system of playing the game and offer players to choose the mode to fight in. Gamers can fight in different formats: 1vs1, 3vs3 and 5vs5. Heroes Arena allow you to play both alone and in company with friends or randomly selected companions. The only thing not offered to the player for his choice is battle time.  It’s fleeting, dynamic and full of various techniques from all participants.

The most important value in Heroes Arena is composition of the team. There is an opportunity to play for different types of characters. We can say that team should be as diverse as possible. Therefore, you can neutralize all the shortcomings of heroes and take advantage in the battle. Six heroes are fighting in one team, controlled by one gamer. When choosing a team, try not to repeat yourself. Correctly distribute the roles of your characters: warrior, magician, defender, arrow, attacker and assassin. Strategy and tactics of the battle are of great importance. It is impossible to name the strongest hero.

The graphics in Heroes Arena feature vibrant colors and a touch of returning pixels. Although the game looks a bit dated, the developers made all mechanics and special effects on modern engines. General style of graphic design attracts with its uniqueness and originality, making the game interesting and dynamic. In-game sounds are fully consistent with what is happening on the screen and gameplay in general. In addition, they are not annoying and do not interfere with the main activities. 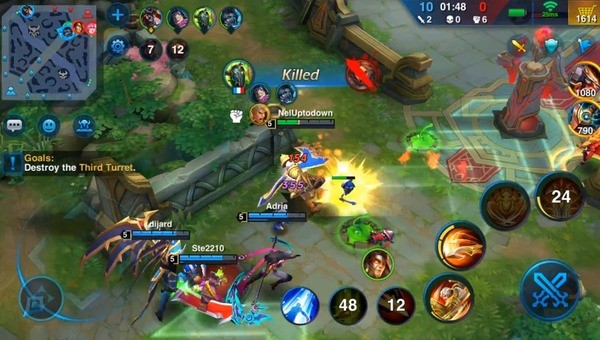 Heroes Arena is a game where players have to put their characters against heroes of real opponents in online battles. A distinctive feature of the game is vast locations of each arena chosen by player for a specific battle. The player’s victory depends on not only hero characteristics and battle tactics, but on ability to find enemy first to use all tricks and possibilities available in the arsenal. Opponents are not visible on the map during an online battle, which can cause frequent defeats and decrease in the overall rating. In order to solve the problem, you can install Heroes Arena with map hack mod.  It allows you to overcome all the traps prepared by your opponents and emerge victorious from most battles.

We confirm that by installing this mod, you get an undeniable advantage over other players. Now, you can see location of other opponents on the arena map. Therefore, you can easily prepare for attack and hit an opponent. As always, we have tested installation file safety and functionality, so you can use it and enjoy the unlocked gameplay.

Runes are an important element of character leveling in Heroes Arena. Use them to increase passive skills that manifest during combat. Try to unlock as many slots as possible and install runes. This can definitely help in fight and give your heroes the necessary strength. 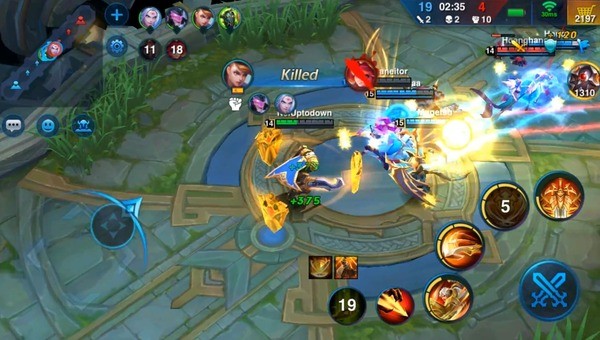 This game uses several types of runes. With its help, you can get bonus damage, armor penetration, magic resistance and decrease in cooldown time. The first time you have to use what you have. However, as you get new runes, you build a certain branch during character improvement in order to achieve the maximum effect.

Heroes Arena is an unusual game in line of representatives of online multiplayer strategies. It is an exciting adventure where only the player chooses his fighting tactics! In total, game gives only positive emotions and grab the player’s attention for hours and weeks!

How to Install Heroes Arena Mod?