Hills of Steel is a cartoon-style 2D game featuring a mixture of racing and military tactical shooting. The arcade-racing part may remind Hill Climb Racing. Its combat part dedicates to the Second World War, thanks to which fascinating tank battles appeared in the game. Starting your journey in a classic personal hangar with a small tank, you can gradually improve it, as well as get the opportunity to upgrade your vehicle into more powerful models. In addition, you can go all the way as a soldier – from private to general! We also recommend you to download Bazooka Boy and Mr Autofire.

Hills of Steel is suitable for players over the age of seven. The number of downloads has long exceeded 50 million, and Hills of Steel’s rating does not fall below 4.2 out of 5 possible. What is secret of this game?

Victories from the start

After installing the game, you visit your hangar, where the developers offer to choose a tank from which the player’s victorious procession begins. At the start, of course, the choice of technologies isn’t rich. All its characteristics leave much to be desired. However, even with a minimum of armor and additional weapons, it is not difficult to achieve victory. The creators of Hills of Steel took care of the rotation of the game difficulty. This provides the dynamics of what is happening on the screen, as well as a decent reward for successfully completing the battle. Rewards allow you to buy new tanks and new weapons for them, use more stable armor and even camouflage.

Each tank model in Hills of Steel has opportunities to improve its weapons, armor and engine. You can improve each element up to level 15, which gives the maximum equipment of the selected armored vehicle model. In addition, you can use one of four boosters on each of the tanks. Moreover, its upgrading can raise to the tenth level. One tank can be equipped with a blast wave, a repair kit, an airstrike or a circular saw. Each of the boosters opens up new opportunities for the player to fight and win.

Hit without a miss

The developers of Hills of Steel focused on the maximum realism of the game. Despite the external cartoonishness, the game is not easy. The creators managed to achieve this thanks to the shock component available in technique features. Not all tanks in the game have a turret. Therefore, you can change the angle of inclination of the turret gun only by moving over the hills. The only thing the player can control while shooting is the force of the projectile ejection. It won’t be easy to hit the enemy, but the retaliatory damage will be obtained proportionally. By the way, hopping movements of tanks during forcing obstacles also help to avoid hits in the game.

The main task of Hills of Steel is to defeat opponents by buying more and more modified tank models. However, you need in-game currency to improve the existing equipment and purchase advanced kits. Usually, you can earn this currency as a reward for winning battle in the game. As your level increases, it is more difficult to deal damage to opponents. Its armor becomes stronger, while you guns and other attacking accessories are not so cool. Lack of different tools can be a barrier to progress in the game. This is why we present you mod for unlimited money. Now, you can minimize damage to your tank and get the deadliest weapons into your hangar as soon as possible!

Based on the results of our testing, we confirm the correct operation of Hills of Steel mod. You get real access to endless money and diamonds. Thus, you can immediately unlock all tanks, including the coolest and epic ones. Don’t worry, the installation file is safe for your gadget, it does not contain any viruses or malware.

The main feature of the gameplay of Hills of Steel is physics. Tanks move in the same way as on a real battlefield. This one factor keeps the player from getting tired of repetitive actions. Each area of ​​the game has its own landscape, requiring the calculation of the movement of its armored vehicles and enemy equipment. In addition, game locations are complex, which requires a good reaction from the player. You also need strategic thinking in the game. Moreover, the skills to calculate your actions, as well as the moves of your opponents, can be useful in real life. Thanks to this fact, you can consider the game in some way developing and educational.

Hills of Steel also offers two modes: offline, where you participate in battles with AI tanks and bosses and online, where you can compete with live opponents. Despite the fact that the game was released in 2017, the creators don’t forget about updates, releasing new tanks, weapons and improvements.

Hills of Steel is a fast-paced, addicting game that can grab the attention of arcade and combat strategy fans for a long time. Simple controls and freedom in choosing improvements allows you to try out a variety of tanks in the game, unravel the intricacies of their control and learn the strengths of armored vehicles from the Second World War.

How to install Hills of Steel Mod?

Don’t forget to delete the original version of Hills of Steel before installing our modified version to prevent errors during installation process. 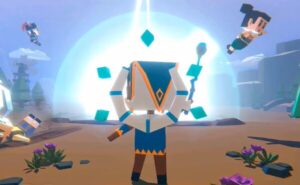 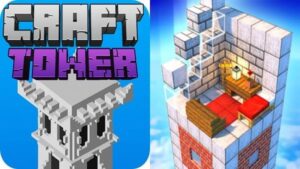 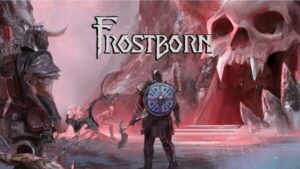 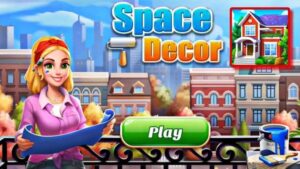