Horror Brawl: Terror Battle Royale is an amazing battle royale game. Welcome to the multiplayer shooter to the last survivor, where you not only lead a desperate struggle for life, controlling a character with excellent portrayal of movements and game world. Find a different drop by exploring the map, looking into every hidden corner, because you don’t know where the unique weapon is hidden. Use a particle of Chaos that turns you into a real, murderous monster. In your free time from online battles, go through quests and complete tasks to increase the level of your characters. Also, don’t forget to participate in daily and weekly raffles that require the skills of an experienced fighter. Your task during the battle is to hide well so as not to die first. Each game session is not like the previous ones and the developers promise even more updates and innovations. We also recommend downloading Mini World Royale and StrikeFortressBox.

Read on to find out about the main features of the project.

Be the last survivor

Horror Brawl takes place in short matches, each of which involves sixteen players. Sometimes there are bots among them. At its core, this project is a battle royale, because players are required to try to survive as long as possible. You will collect loot, improve your weapons, replenish your health and look for other useful items. All this so that at the decisive moment – when meeting with another player – to be able to provide him with worthy resistance. If you die, you will leave the match, as in any such battle. 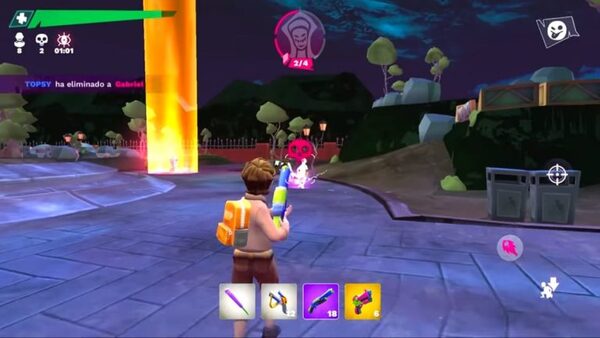 It is possible to choose your character before each round. There are four of them to choose: Jay, Rebecca, Charlie and William. Each of them is unique in its own way. However, all players in general are on an equal footing at the initial stage.

The authors of Horror Brawl have added an additional element to the game that sets the project apart from others. Players can find Nun crystals on the map, which allow them to win automatically. Collect these crystals from defeated enemies – if they had the items, of course.

Having collected four of these crystals, you can go to a special zone where there is a burning goblet, and enter it, thereby starting the ritual. Hold out for some time – you will see a filling scale on top. Naturally, other players can try to knock you out – it will not be easy to shoot back. However, if you hold out, a portal will open and your character will flee, automatically giving you first place.

Horror Brawl allows you to choose your main character from the presented ones and go to the first of the locations. Here you have a task to complete. In addition, do not forget about one problem. This is the fact that the enemies are real players who also fight and complete tasks. The one who remains the last survivor wins the game! Therefore, be careful and collect the necessary items, as well as loot, which will be scattered across the location. Collect crystals as well, because if you collect 4 crystals, then your hero can turn into a strong nun who has completely different skills than ordinary heroes. Such an approach allows you to gain an edge in battles and become the best, increasing your chances of success. 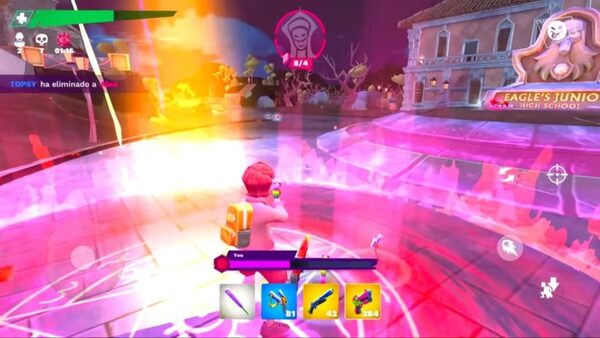 It is worth noting the interesting styling of Horror Brawl. It is made in the genre of, so to speak, “children’s” horror. Scary elements here are cartoonish and hypertrophied, like in fairy tales. In this case, the characters themselves shoot from slingshots or toy pistols. All this also adds its own unique style to the project.

Horror Brawl allows purchase some free items and bonuses, but this often requires watching long commercials. To save you from this inconvenience, we suggest downloading our free shopping mod without ads. Just get free stuff without viewing ads.

Horror Brawl has appeared quite recently, as the authors regularly work on the application. Basing on feedback from gamers, they are developing and fixing bugs. Players have already noted the unusual gameplay, seasoned with the atmosphere of the best horror games of the last decade. During the first scenario, which unfolds in the game, we will be able to find ourselves in the school of bloodthirsty nuns, where each player has a choice of one of the survivors.

This is where a terrible story begins, which we do not recommend playing alone at night. Choosing one of the already familiar characters, each player has to challenge other users, fight monsters and collect magic crystals. Only one person will be able to find a way out and get out of a terrible place, while everyone else will face a painful death. 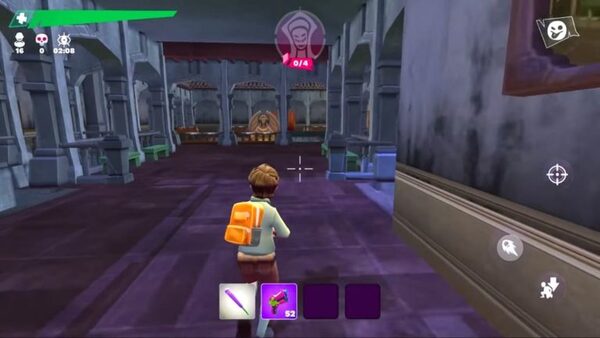 Controls in Horror Brawl are quite simple: with the help of your left thumb you can move the character around the map, and control the camera or aim the sight with your right finger. In addition, two more buttons will be available on the screen: “crouch” for silent movement and “aim”, but the second button works with certain types of weapons.

There are some disadvantages of Horror Brawl. The maps look rather monotonous – it is difficult to find interesting places in them that would give a new gaming experience. It is also very difficult to shoot here – there is no auto-aiming, and the sight itself moves in a very peculiar way. Therefore, skirmishes turn into a booth, where rivals simply constantly move, making it difficult for the enemy to aim – but they do not hit very often. However, the developers promise to fix these shortcomings in the future.

Horror Brawl is a great and fun shooter that combines elements of battle royale and asymmetric horror. Experience epic battle royale right now and prove your superiority to other players!