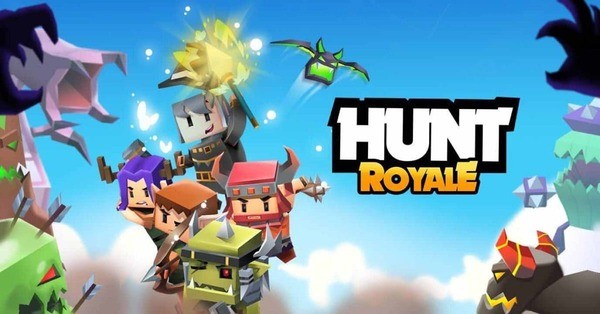 Hunt Royale is an action game with emphasis on online battles from the developers of BoomBit Games. Your main task is to explore locations and kill as many mobs as possible, because in this case, you will be able to get ahead of other players and win the battle. Over time, you will discover new characters, each of which has its own unique characteristics. Test all the fighters, learning their abilities and skills. Use the services of a magician who hits opponents with fireballs or, on the contrary, freezes them. Take command of an archer who shoots everyone from afar. If you love brute force, then take a powerful warrior who destroys everyone in close combat. All characters are available for upgrades, as well as their weapons and armor. You should also improve the strength of their skills. Don’t forget to also download KUBOOM and DEER HUNTER CLASSIC.

Hunt Royale is in great demand among Play Market users, as the game has gained more than one million downloads in a short time. At the same time, the project’s score is also extremely high – an average of 4.5 points.

Challenge other players in multiplayer

A distinctive feature of Hunt Royale is the focus of the game on online battles with other users. The essence of the gameplay is extremely simple: you and your opponent have a character who explores locations, destroying enemies. All actions take few minutes and in the end, the winner is the one who scored more points for kills. Moreover, if one of the players dies, the battle ends prematurely.

Different mobs give a different amount of points – the stronger monsters are, the more you earn. Beware of bosses and just large opponents, because if several of them attack at once, then you may not survive. By the way, each user has his own life energy scale. Each of maps has special places where you can replenish lives. Therefore, if the health level is approaching a critical level, then hurry to a safe place and replenish it. It could cost you victory!

Many characters and different abilities

There are dozens of different heroes in Hunt Royale, each with their own special skills. During the battle at the location, your character increases the level. Earn experience for killing mobs, as well as in those cases when you collect stars that appear on the map. As soon as the level is increased, the character will be able to learn one or another skill that can strengthen him. This can be, for example, increased damage, more life energy, rate of fire, etc. It is very important to try to raise the level as quickly as possible, because each improvement can give a key advantage over the enemy. Subsequently, you can unlock new heroes and choose your fighter before each battle. Choose wisely, as every detail is very important. Some of them prefer ranged attacks, while others strike with magic. Choose a hero based on your own preferences.

Apply different strategies on the battlefield

Another interesting detail: it is not enough just to kill enemies in Hunt Royale. To begin with, you also need to find them. Neither you nor your opponent knows where the mobs and bosses will gather, so you need to explore the area as quickly as possible in order to find a good place to attack. In this case, it is advisable to be near the place of replenishment of vital energy, because otherwise you can run into too many enemies and die. Improve your units by investing many monetary resources in them to save them in subsequent battles. Come up with unique tactics and combat strategies that confuse the enemy. The main feature is that you have to not only survive, but also bypass your rivals in terms of the number of points scored, seizing the lead and receiving great prizes.

You will definitely enjoy graphic design of Hunt Royale that has original and unique style and cool soundtracks that tune to the right play style. The application constantly comes across unique enemies, fighting with which is interesting and exciting.

You need in-game currency to upgrade your characters. Therefore, it is worth downloading an unlimited money mod in order to become the most successful player.

Hunt Royale has a variety of daily and weekly quests, as well as an extensive bestiary. Here the user can pick up rewards for completing missions, as well as meet with new types of mobs. Quests are quite the same type, for example, kill any mob 50 times or come face to face with a still unknown beast.

The application has several different locations, which differ from each other in landscape and relief, although in general they are not very diverse. The main mode is for four players. You cannot shoot each other, just pump. We need to mention arcade controls: you stop to automatically attack. There is a text chat during the match, but it is rarely used. In addition, there are 30 characters in the game to unlock.

Hunt Royale is suitable not only for adults, but also for children. It has addictive gameplay, competitive spirit, many characters and abilities.