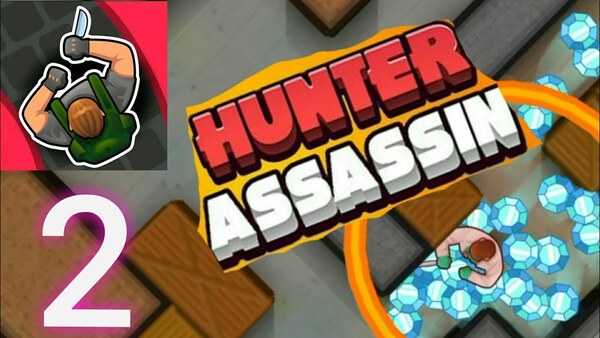 Hunter Assassin 2 is a continuation of the cult game where you play as a professional killer who must take out several mercenaries patrolling the area. Stealthily move from one cover to the next, take advantage of the surroundings and terrain, hide and destroy every oncoming shooter, trying not to raise the alarm. You have to control a fearless soldier who prefers to act from behind rather than out in the open in this project. Upgrade your hero and acquire new characters. You can play Hunter Assassin 2 at any time without fear of failing an important mission. Lives here are endless! You will not be able to miss an important plot twist either – they simply are not here. All that remains is to enjoy the concentrated gameplay. Try also the first part of the franchise and play Anger of Stick 5.

The first part of the project under consideration made a splash among the gaming community. For several years, the game has collected more than 100 million downloads. Hunter Assassin 2 has just been released, but everything goes to the fact that application can become no less popular than its predecessor.

The gameplay of Hunter Assassin 2 has a clear division into missions, during which you need to eliminate a clear number of targets. In the first stages, you have to face several opponents who are at a great distance from each other. Then a whole group of trained terrorists will act against you. The locations themselves are labyrinths of objects characteristic of the area.

Elimination of opponents occurs in the simplest way: you need to approach the terrorist from behind so that the main character can shoot him. It is noteworthy that the character wielded only a knife in the first part of the game, but here he switched to firearms. Kills in the back are encouraged, but to increase the dynamics of the gameplay, you can act in the open. However, keep a close eye on your health.

The store in Hunter Assassin 2 is ready to offer you not just cosmetic items, but full-fledged characters on which you can replace the original operative. Each character has its own characteristic, which can make it much easier for you to complete the stages. Some fighters can boast of increased movement speed, while others – increased health, which makes them invincible fighters even in extreme situations. The purchase of characters here takes place for money; you also need to go through a certain number of levels to unlock them. There are fighters here, which you can open by watching several commercials.

At the start of the game, your character has a certain amount of damage and vitality. However, the main character of Hunter Assassin 2 receives new updates and improvements. As a rule, one of three pumping options is available to choose. You can improve the speed of movement, increase the number of lives by a few percent or combat damage. There are also especially interesting skills, for example, a tank attack. Get a bonus and apply it at any time. In this case, a huge tank will drive through the enemies. Moreover, you will only have to get to the finish line on an empty map. Main hero can also request air support and smash enemies with helicopter shells. Don’t forget that there are places on the map where you can replenish your lives. It can help in an emergency and save you. 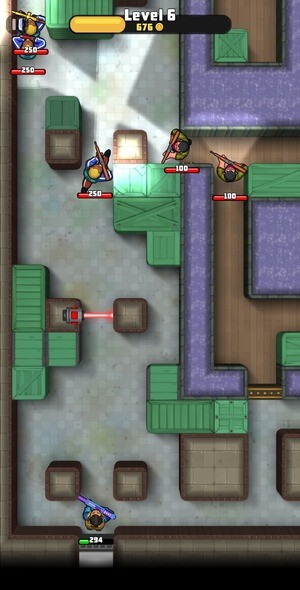 Hunter Assassin 2 has high-quality 2D graphics. Such graphics allow the game to function perfectly even on the weakest devices. Users will also be pleased with the presence of a good soundtrack, which fully immerses in the process.

To upgrade heroes and acquire new weapons, you need chests with special upgrade cards. In addition, players can buy chests for the in-game currency – diamonds. In order to avoid trouble with this, we suggest downloading Hunter Assassin 2 Mod APK for unlimited diamonds.

Ruby Game Studio has not yet entered the list of the most famous developers on the Play Market. The team already has four popular projects, each of which has already earned more than one million downloads during its existence. We can safely say that the first part of the series became the best creation of the studio. Everything became clear about its success and rapidly growing popularity in the first days after the official release. Hunter Assassin 2 will try to repeat the success of its predecessor and all the prerequisites for this are there.

Almost the entire gameplay of Hunter Assassin 2 takes the player into a unique atmosphere of difficult levels. The focus is not on a full-fledged plot, where dialogues and drama are present, but on the sequential levels. Each of the stages focuses on the fulfillment of a clearly set goal. It is the elimination of every guard present in the specified location. After completing the level, you can get a well-deserved reward. Further, there is a transfer to the next location, which is also teeming with opponents.

The system of building a mission comes down to the fact that the player finds himself in the epicenter of a labyrinth of various boxes, containers and barrels. It is possible to find a secret path between the mountains of debris that allows you to eliminate the target quietly. Enemy units patrol the area in accordance with a given trajectory, but their intelligence is well developed. If the opponent hears a noise, he will pay attention to it, so you should always develop a strategy that provides a retreat path. The soldiers have firearms and flashlights. Main task is to kill enemies so that they do not have time to raise the alarm. It is also worth noting a variety of weapons in the game, which main character can use.

The product in question will appeal to all fans of stealth action games. If you are ready to challenge terrorists, then download Hunter Assassin 2 and enjoy.