Ice Scream 5 Friends: Mike’s Adventures is a new part of the game where you need to escape from the ice cream maker Rod. Earlier, you managed to save the boys from the cages where Rod put them. Now two friends are in different parts of the huge factory. You have to switch between both characters to find a way out and finally deal with the villain. Try to bypass the guards, as they will immediately turn on the alarm and call the chief. Solve difficult problems and plunge into the plot, both present and from the past, to see the most important moments of Rod’s life. After studying these events, you can find out how he turned from an ordinary person into a cruel maniac who hates children. Use the hint system when you are at a dead end by opening a customizable help window and escape from the clutches of the sinister monster, defeating him finally. If you suddenly missed, then download Ice Scream 4: Rod’s Factory.

The series about the evil freeman has won the hearts of millions of users. The fifth part was no exception, but only increased the army of fans of the franchise.

Over the course of five parts, the game develops not only plot, but also gameplay. The authors in each new game try to surprise users with some novelty. In one of the parts, the main character Jay could use bombs and weapons on a workbench. These features remain in Ice Scream 5 Friends: Mike’s Adventures, but we can also enjoy another feature! Players were able to switch between two characters: Jay and Mike, who became the main novelty of the game. Playing as Mike is a great chance. Moreover, a lot in this part focuses on this switch. 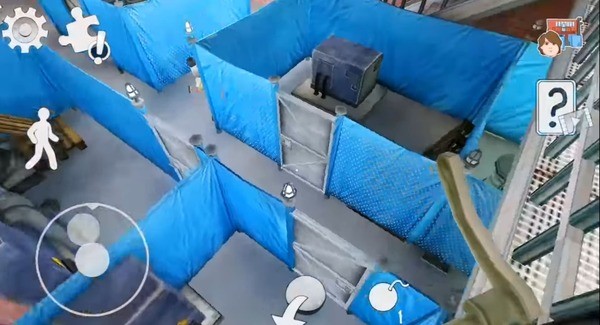 To switch, you need to go into the control room and perform an action with the phone. Calling Jay, you switch to this character. He is located in the office part of the building, as it was in the fourth part, and he has bombs and an electric gun. Therefore, constantly interacting, you can solve all the riddles and go through the game.

Beware of the guards

The location of Ice Scream 5 Friends: Mike’s Adventures is always roaming with mini-Rods – robots that we met in the previous parts. If you play in the Ghost mode, you can ignore them and completely immerse yourself in solving riddles. However, at other levels of difficulty, they become a problem. After all, if the robot suddenly sees you, it will immediately give a signal to Rod and he will be near you in a matter of seconds. This is extremely dangerous, so it is better not to catch the eye of the robots or use cunning devices against them.

For example, Mike got electric traps. Place the trap on the floor where you think the robot will pass. The trap will incapacitate him for a while. Initially, we have only one trap, but you can replenish their stock by watching a commercial.

Solve tricky puzzles to reunite with your friends

In fact, the whole game is always about saving yourself from the villain and saving other children. Rod kidnaps children to make ice cream out of them. As a rule, all that is required is to try not to catch his eye and at the same time complete quests. The quest follows according to standard mechanics: a lot of items, a lot of interactions, and you need to figure out what and where to use. 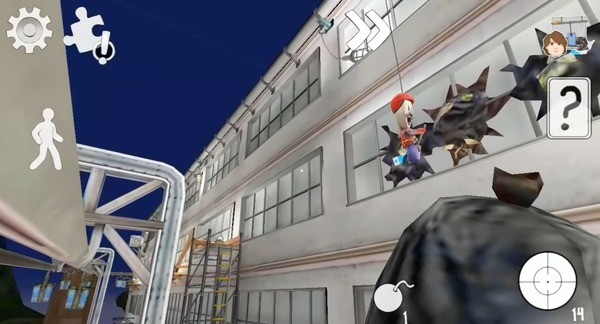 The main mechanics in new part have undergone few changes compared to the previous part. We are still exploring the location, solving riddles and finding objects. As a rule, the driving force of the whole action is inability to go further – something physically blocks the path. Therefore, at the very beginning, playing for Mike, we find ourselves in front of a locked door. To open it, you need to find three valves of different colors. Mike appears in the engine room with different nooks and crannies. There is even a stair climb to the hydroelectric power station. We have to find these items in these places. Moreover, you will figure it out along the way what will happen next.

The atmosphere became the hallmark of the series. Unlike many other mobile horror games, Ice Scream 5 Friends: Mike’s Adventures has no gloom and darkness that puts pressure on the user. On the contrary, the game is very light. The visual style is cartoonish and cute in places. However, the more contrasting against this background is the villain with a cheerful ice cream mask. In addition, the project has an original soundtrack and all the characters were specially voiced by professional actors.

Download Ice Scream 5 Friends: Mike’s Adventures mod and get unlimited ammo, traps and ability to get free stuff without viewing ads. In addition, we removed all ads from the project so that nothing prevents you from enjoying the gameplay.

Ice Scream is a young series of horror quests, which already has five parts. The previous one came out in the summer, so the studio picked up a good pace. In each part, we learn something new about the ice cream maker and his fate. After all, everyone is interested in how a simple businessperson who inherited the factory from his father could become such a villain. As often happens, the matter turned out to be in the upbringing and traditions of the family. We learned about this in the fourth part, when we first got to the Rod’s factory. 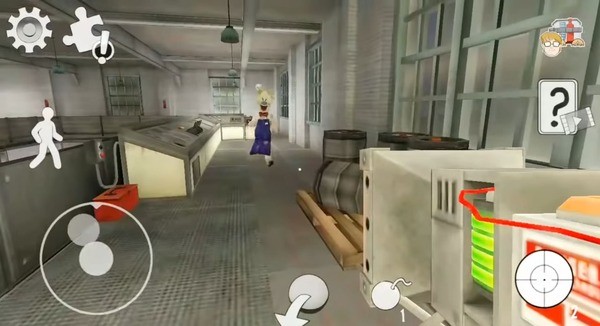 Ice Scream 5 Friends: Mike’s Adventures features several carefully designed locations with incredible beauty and possibilities. Each of them has many secrets hidden throughout the area. It is necessary to quickly figure out everything that happened, because otherwise the number of victims will only grow. Do not give in to excitement and fear, because you think not as clear as you could. Try to keep a close eye on what is happening, wanting to cope with your goals as quickly as possible. Use dexterity and ingenuity and resist fearing. Switch between characters, come to each other’s aid and get out of the clutches of the bloodthirsty Rod.

Ice Scream 5 Friends: Mike’s Adventures serves as an excellent sequel to the first episode. The project turned out to be bright and memorable. There are no scary scenes with abundance of blood, as developers achieved local atmosphere through other means. In any case, you will definitely not be bored.