Ice Scream 6 Friends: Charlie is a scary game in which you have to hide from an evil ice cream man. In the previous episode, a group of friends explored an abandoned ice cream factory and found themselves in a terrifying, deadly situation. Only a miracle helped Jay find the control room and get Mike out, guiding him to the exit and telling him where the traps and the evil ice cream man are. Now, flipping through the security cameras, they found Charlie hiding in the kitchen. Only joint efforts make it possible to pull him out to freedom. Explore the premises of a huge factory, depending on the character chosen. Interact with objects, solve puzzles and look for workarounds, not forgetting that not only a bloody villain is on the heels, but also henchmen, a super-robot and little clones. Check out the previous parts of the game if you have not already: Ice Scream 5 Friends: Mike’s Adventures and Ice Scream 4: Rod’s Factory. 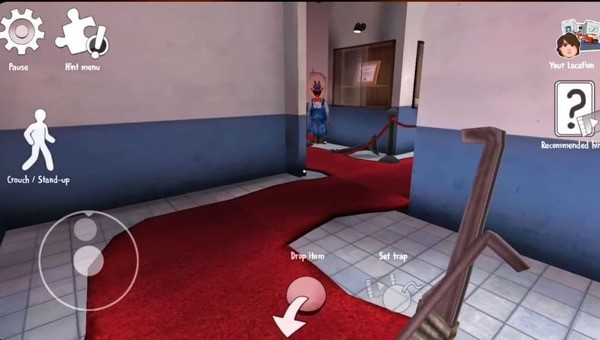 Read on to find what advantages contains the new part.

The main character in the new part of the game is Charlie, who is still in the ice cream factory and his friends need to rescue him. Jay and Mike will be able to follow Charlie using special monitors and give him hints. In this case, you have the opportunity to switch between heroes. The user can play as Charlie, hide around corners and move towards the exit or can switch to Jay to help him remotely. Thanks to this handy option, you can avoid unnecessary deaths, as well as collect as much information as possible about the current situation.

The developers of Ice Scream 6 Friends: Charlie have tried hard and prepared a new opponent for the players – insidious superbot that can destroy your hero in the shortest possible time. Besides him, you will face with many enemies. Throughout the entire factory, mini-robots roam, which, in case of your detection, follow the character and call for Rod’s help. In addition, a huge elderly woman is wandering around the building. She is also capable of causing a lot of inconvenience to the protagonist.

In order for Charlie to be able to reunite with his friends, he has to go through many challenges in Ice Scream 6 Friends: Charlie. Moreover, you have to strain your brains. In general, the most thoughtful puzzles are the main advantage of the project in addition to the unique atmosphere. During the gameplay, the main character searches many pieces of furniture and other nooks and crannies. Use these things at the right time to solve the puzzle. In general, techniques from point and click quests are used here, but it is worth noting that everything is done at a high level. 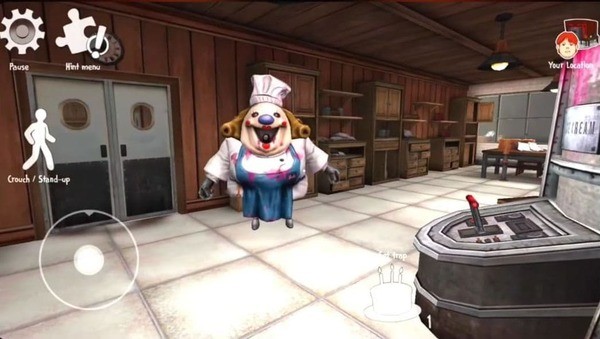 We should also mention the hint system in Ice Scream 6 Friends: Charlie. If the user reaches a dead end, you need to open a window that can help solve the problem. Well, do not forget to switch between heroes in time – this is also often the right option. The face up card is a huge plus. Thanks to it, there is a chance to explore all locations and not meet Ice Cream Man. In addition, it is easy to understand where the traps are and which of your friends are in real danger. It is worth starting from the safest place, where there is a chance to find weapons and pump your skills. After completing tasks, the heroes open information about the enemies. Thus, there is every chance to understand his weak points and get out of the factory alive.

Download Ice Scream 6 Friends: Charlie mod, which gives you several useful bonuses at once. First, we removed all ads in this mod. Besides, you will be able to get free rewards without seeing ads, as well aas unlimited traps. There is an opportunity to use endless ammo. To do this, open the mod menu in the upper left corner of the screen after starting the game.

Ice Scream 6 Friends: Charlie is a horror project that tells you its story and makes you a full participant in it. It all starts with the fact that an ice cream maker appeared in your area who built his own factory. Players have to rescue their friend Charlie from this factory before the boy will die due to ice cream henchmen and Rod himself. 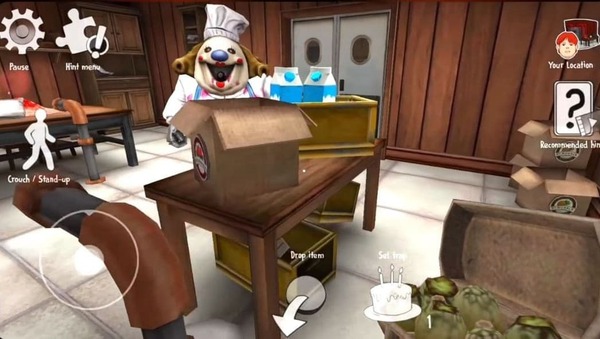 Solve puzzles, move to different places and most importantly, do not let yourself be discovered. In this case, not only will you not be able to save your friend and all the other children, but just become a victim. The gameplay plunges users into the thick of history and will provide freedom of action. Make decisions, solve numerous puzzles and try to stop the evil ice cream maker, who is not as cute as it might seem at first glance.

Ice Scream 6 Friends: Charlie turned out to be a worthy continuation of the famous series. Horror and adventure will help you spend a few evenings with interest and escape from everyday worries.