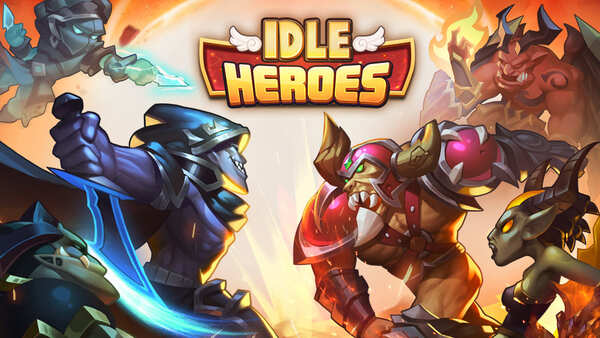 Idle Heroes is an addictive RPG game from developers of DHGAMES studio. It has particularly addictive gameplay, where players can use a huge number of unique combat strategies. Collect and train legendary heroes to fight and become the strongest in PvP and PvE battles. An excellent role-playing project cannot take up all your free time, but at the same time provide you with maximum content. Idle Heroes concept is a real gem for especially lazy gamers. It allows you to watch the battle as if from the sidelines, while the only task is to timely upgrade heroes, collect rewards and resources. This helps to save a lot of time that usually goes on farming. Among other role-playing projects, we can highlight Idle Tap Pirates and My Town: Hotel.

Read on to find out the main features of this project.

Gameplay of Idle Heroes immediately lets you know that you need to collect heroes here. There are more than two hundred of them and each of them can be useful to you in one or another battle. There are tons of ways to unlock new characters. You can access Summoning Portal and learn Common, High and Friendly Rituals. Each of the rituals has its own chance of dropping a five- and four-star hero. Lower quality characters drop with the same chance in all three summons. 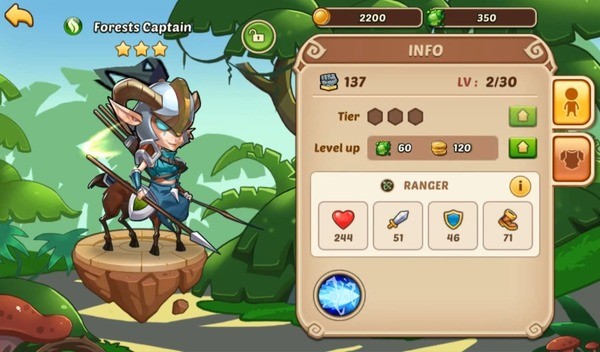 Each hero has potential for improvement. You can carry out a ritual of evolution, which increases the character’s stardom and significantly improves his characteristics. In addition, all fighters have an inventory, where you can place suitable equipment. Weapons and armor directly depend on the hero role. If your fighter acts as a tank, then heavy shields, armor and so on are available to him. If you choose assassin-dodger, then fast daggers with high critical hit chance are available to him and so on.

Spend most of your playing time in story campaign. It features several chapters, each with many distinct stages. Completing each stage is a battle, where your heroes automatically destroy enemy. There are many other modes available here. Get access to raids aimed at obtaining a certain resource. Fight on arena where you can test strength of your group against heroes of other gamers. Such battles bring you experience, resources and skill points that determine your position in ranking. You can also visit tower of trials, where you need to fight groups of extremely powerful monsters, which not everyone can cope.

All the action in Idle Heroes features quite nice graphics with smooth animations. Connoisseurs of video games can also appreciate high-quality soundtrack that will accompany you both on the menu and on the battlefields. 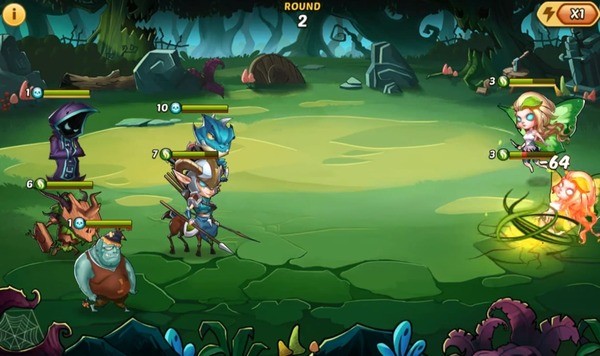 Let us offer you to download a mod that unlocks new heroes, unlimited money features and disables training. In addition, there is an interesting VIP 13 feature.

Our team has tested functionality of Idle Heroes and its mod with huge number of possibilities. We can assure you that all the functions that we described above work without complaints. All you need is to install the game on your device. Don’t worry, the app is safe – we’ve tested it.

Start your journey from the most innocuous location – Sarah Forest. Then you need to walk along Lunar Island, Terrible Land, Crom Mine, Forgotten Glacier, Heidelberg, Tierra del Fuego and finish the journey in Heavenly Heights. The developers regularly release updates, so new amazing locations usually appear over time.

There are many interesting tasks to complete. Amazing battles, picturesque landscapes and most importantly – strong rivals await you. Remember to place your fighters correctly strategically. Powerful, but with weak defense and ability to attack from afar, it is better to place on the back flank, thereby ensuring ability to inflict maximum damage. Subsequently, it is better to place in a first row those heroes who can steadfastly take damage and not die.

Winning the battle in Idle Heroes brings player various rewards: experience, gold coins and crystals (internal currency), weapons, armor, fragments (right amount allows you to instantly get a hero) and much more. If you received two identical fighters, then it is possible to decompose one of them receiving a certain amount of useful resources. Find someone you like among the various creatures: giants, beastmen, shamans, adherents of dark magic, lizards, elementals, trolls, spirits and undead.

Character profile allows increasing his skills, equipping him with armor, weapons and talismans and putting on elegant costume. In order to improve you need gold coins and resource called hero spirit. You can get all the necessary ingredients during campaign walkthrough. Evolution makes it possible to transform an ordinary hero into a supreme being with unsurpassed power.

Idle Heroes can delight users with good quality and interesting gameplay. The developers did their best to create mechanic with excellent balance and make it as easy as possible to upgrade heroes.

How to install Idle Heroes Mod?