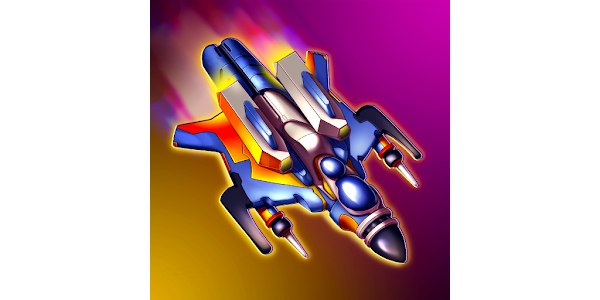 Idle Pocket SpaceCraft is an arcade game where the user has to become the savior of the universe. Get in your spaceship and go to battle, knocking down all the asteroids around. It is noteworthy that your ship is static and you have to work with your fingers, making swipes. Pass level after level and free the universe from enemies. The gameplay is a constant battle, fly, win and earn money to upgrade your combat aircraft. Move further and further, discovering new worlds. Hire astronauts to help you. You will find over two hundred levels, many skins for ships, as well as various options for asteroids to shot down. If you are into arcades, then download WinWing2 and Rainbow Impostor Survivor 3D.

You can learn more about the game from our review.

Start the game by going through the tutorial and get acquainted with the game mechanics, weapons and possible enemies. You have to destroy dozens of asteroids and other flying objects using laser guns, exploding projectiles and powerful machine guns, as well as just your finger. Upon completion of the training, you will receive their first spaceship and will be able to go on a dangerous adventure on it. Only one finger acts as a control. You need to control the direction of swipes and avoid collisions with bosses with its help.

Battles, coins, amplifiers and various bonuses will fall out of the destroyed enemies. Collect them and increase your chances of an early victory over the boss. Passing levels allows you to earn coins and crystals to buy new ships, upgrade them and open additional levels. The game store is full of spaceships and upgrades for them.

Secondary weapons with higher damage will not hurt, but you need to use them wisely due to the limited amount of ammo. Improve your radar or make it so that the cost of moving to a new world is lower. There are many options, but the choice is yours.

Create your own space team

As you progress through Idle Pocket SpaceCraft, you will be able to enlist the support of additional astronauts who will do some of the dirty work for you. This can help you complete levels even faster and collect additional bonus points and coins. At the beginning, players receives a small ship equipped with mediocre armor and a conventional machine gun on the bow. Everything will change while killing enemies. Fly between planets or in open space, grab all bonuses and boosters and become stronger. Fly to the end of the stage, clearing a dozen levels from the enemy and move forward – to new adventures.

The graphics in Idle Pocket SpaceCraft are filled with a lot of colors and special effects. All this creates a truly mesmerizing image that will appeal to many. Visual special effects are excellent and delight players from the first minutes of gameplay.

We recommend that you download Idle Pocket SpaceCraft mod APK for an unlimited number of diamonds.

Idle Pocket SpaceCraft – a scrolling shooter with colorful graphics, aimed at fans of action. This game uses a dynamic storyline, thanks to which gamers can become participants in large-scale events. In such an environment, many lose their nerves, so the successful completion of tasks will testify to the strength of character of each gamer.

The application has convenient controls and simple rules, so the fight process promises to be not only exciting, but also effective. The game involves the passage of many levels, the complexity of which increases as you approach the final. Number of enemy asteroids that require destruction is increasing, so the defenders of the Earth should show maximum dedication and determination.

Idle Pocket SpaceCraft is a representative of the space shooter genre beloved by many. Only here you only need to swipe, destroying asteroids until they destroy your ship and planet Earth!