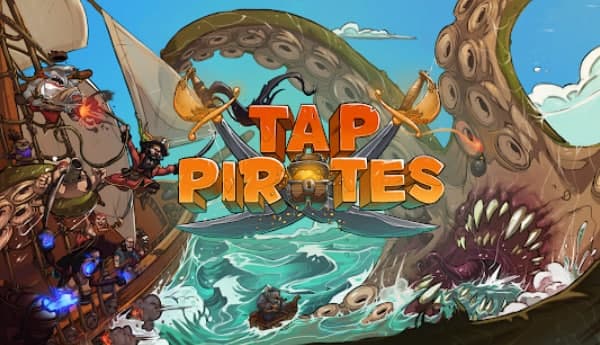 Idle Tap Pirates – Offline RPG Incremental Clicker is another successful Viva Games Studios’ clicker-style app. This game appeared exactly at the moment when clicker games were at the peak of popularity. However, even now, it remains an interesting leisure for more than 100 thousand users. According to Play Store reviews, project scored 4/5 rating, while you can easily read tons of positive reviews about pirate adventures after game description. If you prefer such easy games, you can also download SpongeBob SquarePants and Room Flip.

Idle Tap Pirates has a form of clicker, but overall graphics and secondary tasks allow the player to enjoy the pirate story fully. Check out its main benefits below.

Embark on a dangerous adventure

Waters of ocean are not as calm as they used to be. A huge number of obstacles stand in the way of formidable pirate: wooden ships, mad pirates and even evil monsters that have risen to the surface from deep waters. Good old pirate can tell you exactly how to deal with opponents and how to recruit your own team of heroes. In fact, the only thing you need to do in Idle Tap Pirates is to monitor closely the development of particular industry or team member and not forget about calling enemies. 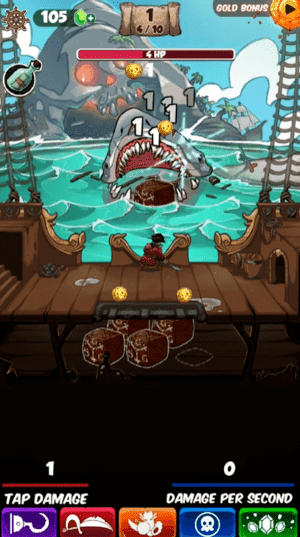 Any old pirate will definitely tell you about how to recruit a team, however, only the captain can decide exactly who to take on the team and which member of pirate squad is worthy of raising the level. As the level increases, you can get an opportunity to recruit experienced pirates to your team. New squad will accompany the captain everywhere: on the deck, stern, mainmast and pennant.

Instead of primitive ships, players in Idle Tap Pirates have to fight with huge tentacles, evil octopuses and snails, as well as the most terrible cyclops and fearsome pirates known in many seas on their ships. In addition to ordinary enemies, it is possible to fight with bosses, whose health scale is not only great, but also practically indestructible. We want to note that in case of failure your team of brave pirates will be undermined. 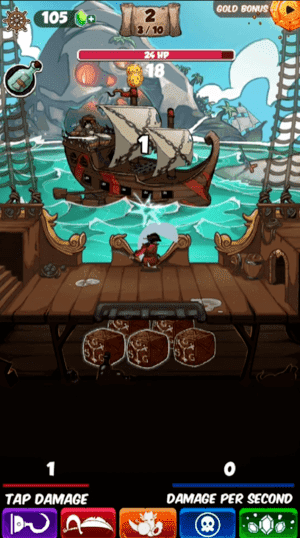 Light pirate music plays against the background of difficult battle, but if you look at the wheel of fortune menu, you can come across a bright and perky pirate melody. Each click on a mystical creature and marine life can provide you with corresponding impact sound. It is possible to hear a gurgling sound in character upgrade and command set menu, when interacting with any of the buttons. Graphics in Idle Tap Pirates – Offline RPG Incremental Clicker deserve special attention. Clarity and proportionality of characters, bright colors in gray scale and more than five different locations, each of which shows the mood of ocean: from light blue to dark blue.

Throughout the sea slaughter, you can find chests full of gold and emeralds in the raging waters. Each of the chests is yours, but you can open it for watching ad video. Getting money from exiled monsters and bosses is the only way to make money, which is inconvenient for progress. You need to improve the skills of captain, his weapons and team. Few people are happy with this outcome, as especially it slows down gameplay process in Idle Tap Pirates.

Not having enough crewmembers, the captain risks losing his treasure and remaining in the initial game levels, losing the ability to swim further. In order to avoid such consequences, you have an opportunity to become the owner of unlimited money supply with help of our mod. Now, you can easily improve team and weapons. In this case, victory over the most terrible captains and monsters of the depths is in your pocket!

Our team has checked functionality of unlimited money mod for Idle Tap Pirates – Offline RPG Incremental Clicker. Test results show lack of problems within the gameplay process. By launching the game, you get almost endless supply of resources open for spending on different types of improvements. Just follow the instructions below to install the game correctly. 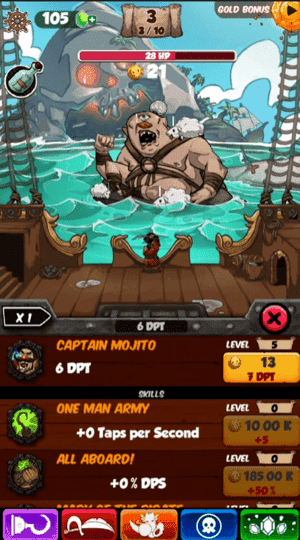 Firstly, Idle Tap Pirates meets new player with a simple tutorial, led by an old experienced pirate. He tells about the beginning of incredible pirate journey, where the main goal is to destroy vile inhabitants of the seas. During the training, you can easily understand exactly how to improve your hero and his brave team of pirates.

Throughout the sea journey, players can face with a variety of monsters. At first, you need to win a battle with a harmless wooden ship with ten health units. Later, closer to the end of amazing journey, players have to fight unrealistically large and strong monsters with bigger amount of health points. Overall, atmosphere of sea adventure can suck in anyone, while the variety of monsters can take you to go forward, defeating each of them. Collect artifacts and unique treasures of the seas, find the most wanted enemies in the ocean and conquer new lands.

Idle Tap Pirates shows all the greatness of seas and ocean, while its inhabitants certainly want to defeat such a rich ship belonging to you. However, do not sit idly by – it is time for a real pirate battle for the title of the best captain and heaps of gold coins and gems. 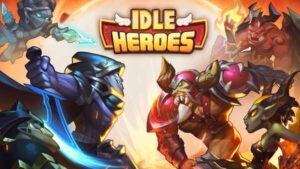 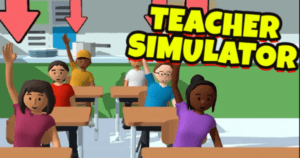