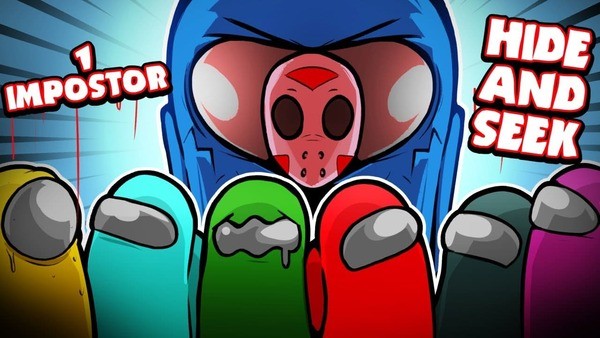 After appearance of Among Us, many developers turned their attention to exactly this topic. The search for impostor, his calculation and capture became the main plots of about 10-20 games. One of them is Impostor 3D – Hide and Seek. It is a popular 3D casual game, which main idea ​​ is hide and seek. The application reminds style of the famous game, but 3D graphics give a special charm to strategy. International developer CASUAL AZUR GAMES has already managed to capture the attention of players. Popular casual games like Stack Ball, State.io, Harvest.io and others occupy some of the first places in the top. In addition, the rating of each of these games does not fall below 4.0 mark.

Impostor 3D – Hide and Seek appeared on the Android platform relatively recently. Fans of the acclaimed game Among Us have already tried the game and installed it more than five million times. Moreover, the game boasts an average rating in Play Store – 4.4 points. Most users of the well-known market note special graphics and a similar plot. Therefore, the project has often comparisons with Among Us. 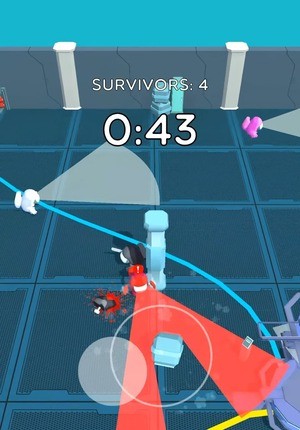 Customization is the main feature of the entire line of games with impostor. Among Us allows players to choose both the color of his character and accessories. However, Impostor 3D – Hide and Seek adds the ability to select weapons (if the game is played on behalf of a traitor), as well as a vehicle. Initially, you can use only four free skins and change them in almost every game. The remaining eight must be unlocked using bucks – in-game currency. There is also the opportunity to unlock twenty different hats, nineteen new weapons and seven vehicles around the playing field.

If in the original Among Us determined the side of protagonist automatically, then Impostor 3D – Hide and Seek provides players with the opportunity to choose the side. Become a crewmember or a traitor on a spaceship. If desired, the gamer can alternate sides or use only one.

There are tasks that affect match outcome for both sides in the game. In case of imposter, it is primarily the elimination of all crewmembers using one of the previously selected weapons. In case of peaceful astronaut, it is the connection of all generators to the main one in order to prevent attack and leave the damaged ship as soon as possible. However, this is not so simple, because two traitors operate on a large playing field at once and it is important not to catch their eye. Moreover, it is important to keep his identity a secret for a traitor. 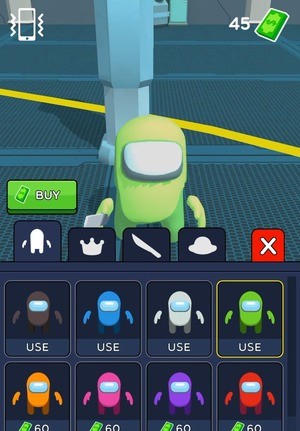 Impostor 3D – Hide and Seek uses extremely simple but colorful graphics. A traitor or a crewmember appears as an astronaut in a multi-colored spacesuit. Nevertheless, you can take an accessory on his head or even accompany the main character with a vehicle. The game takes place in a small territory of a spaceship with four main generators located. Their connection guarantees the crewmember’s survival from the ship, but the traitor needs to prevent this. There is no musical accompaniment in the game. A vibration mode reacts to the elimination of characters or connection of generators on play field.

Perhaps, this project is one of the most difficult games in Among Us series. It is quite difficult to achieve the goals here, especially at higher levels of the game. This greatly complicates the gameplay. Therefore, we provide you with opportunity to download Impostor 3D – Hide and Seek with a built-in mod for God Mode. It allows the protagonist to remain always unnoticed by traitors or members of the space crew.

First, after seeing the main menu, players have to come up with a name for new Impostor. After that, it is possible proceed to the game events. You have to make a choice between traitor or ship’s crew. However, here the player has the ability to change sides every game. Management consists in moving your finger on the left side of the screen. You can perform actions by tapping on the screen on the right side of it. Each game is a confrontation between two sides, one of which must win. Each victory brings in-game currency that you can use to buy skins, accessories and weapons. 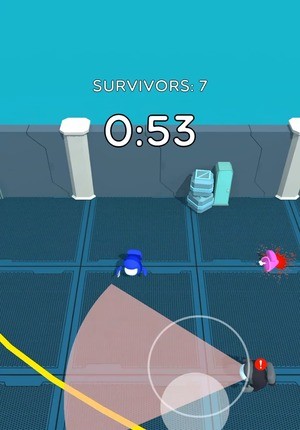 Impostor 3D – Hide and Seek is one of the analogues of popular game Among Us, but it doesn’t have the same storyline as in favorite game. However, in order to replace the plot, it becomes possible to choose bright accessories, weapons. Moreover, players can enjoy unique choice of sides in the battle for survival on the ship.

How to Install Impostor 3D – Hide and Seek Mod APK?