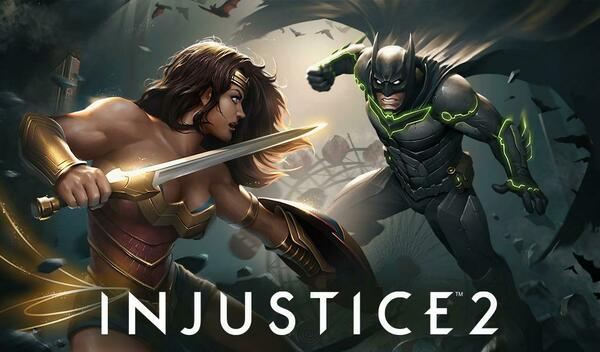 Injustice 2 is the continuation of fighting games series about the adventures of DC’s favorite superheroes and insidious villains. Pick up your gadget again and take part in epic battles. It is the sequel to one of the most successful superhero fighting games of recent years. Your main task is to defeat competitor team and become the ultimate DC champion. Use Superman, Flash, Batman and other great heroes on your side. Fight in an exciting three-on-three mode and defeat the enemy team, but don’t forget to monitor your characters energy, otherwise you risk being exhausted and losing. You have to collect cards of superheroes and improve them, upgrading their combo, damage and defense skills. Diversify the attacking arsenal of your fighters and make cool and spectacular combo attacks that can plunge any enemy into a deep knockout.

The Injustice series needs no introduction, however, we will tell you about the main features of this game.

The player can choose several game modes in Injustice 2. Let’s dwell on them in details.

You can also participate in “Leagues” and “Challenges” modes. 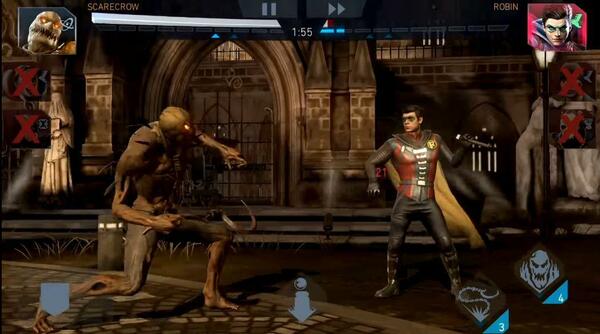 Immerse yourself in the world of comic heroes

Injustice 2 features DC heroes: Batman, Harley Quinn, Deadshot, Superman, Scarecrow, Cyborg, Gorilla Grod, Flash, Catwoman, Robin, Joker and other famous characters. However, there are also guest characters, such as Sub-Zero and Rayden from Mortal Kombat. Characters have five clothing slots. Each hero needs his own ammunition, so collect special equipment and get additional bonuses to the strength of the fighter.

Injustice 2 captivates gamers with a variety of moves and special hits. Powerful combos, seated or jumping strikes, rolls and sharp attacks can kill your enemy in second. Special hits are worthy of special attention. Like in Mortal Kombat, harsh punishment with spectacular animation awaits the opponent after using this feature. Despite this, this attack does not always kill your enemy.

Fight with your friends online

For those who are bored with offline modes, the developers of Injustice 2 offer exciting online battles. Create your own league of heroes, call your friends and take part in wars where you need to get to the enemy base and defeat them. Don’t forget about the arena where you can meet fighters from all over the world. Move up the player rankings, take first place in the leaderboards and show off your success with friends. 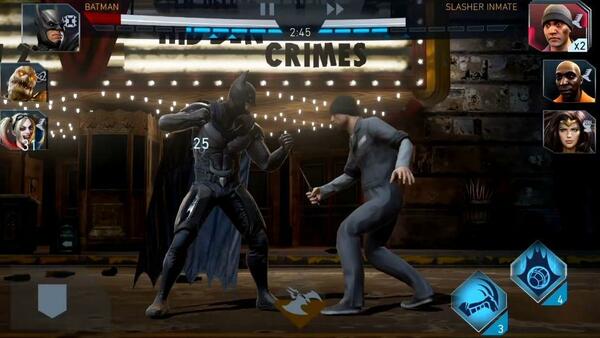 Injustice 2 surpassed its predecessor Injustice: Gods Among Us visually, as befits a sequel. There are many special effects and colorful characters special combos that add epicness and create an additional immersion effect. The sound is also on high quality level. You will surely hear the difference between hitting the face and blocks. Even the sound of walking on different sites can be different, be it metal or asphalt.

Thanks to the modified version of Injustice 2, you can get more features than in original. Get different features, such as God Mode, that can make your characters invincible or No Skill Cooldown option to use special attacks with no reloading time.

We have personally tested Injustice 2 for our visitors. Based on the test results, we can confirm the correct operation of Immortal/God Mode /No Skill Cooldown mod. Just simply install the modified game version and select the feature you need in the special menu.

Controls here provided by swiping in different directions, responsible for hitting, jumping, sweeping and retreating. Typically, tap is a short hit. There are also separate keys for block and special moves.

Each hero has its own hazard rating, talents and abilities. Improve their skills along the way with the help of earned coins.

You play as three characters in one battle, alternately entering the battle with different heroes. When one of your characters is close to death, you can replace him with another. At the same time, the first fighter will be able to rest and gain strength. In addition, the case opening system from the first part has not gone anywhere. There are both paid and free cases that may contain all sorts of bonuses for your heroes even including new characters.

Injustice 2 is a great fighting game that can pull you in for hours thanks to the abundance of DC comic’s characters, flexible fighter leveling system and a variety of game modes. If you liked Injustice: Gods Among Us, then you should definitely play the sequel.

How to install Injustice 2 Mod?

Don’t forget to delete the original version of Injustice 2 before installing our modified version to prevent errors during installation process.