Into the Dead 2 is an exciting horror project made in action genre, which invites players to tickle their nerves and fight for life against zombies. The game is a continuation of the first part. According to the plot, you have to go in search of your family lost in the turmoil of the post-apocalyptic world. In order to break through the crowds of walkers and cross the whole country, you can use various weapons, ammunition, as well as faithful companions who will always be near you. Show your agility and cunning, destroying hordes of zombies with accurate shots. Dodge their attacks, and avoid meetings with whole squads. Each such test can bring you one-step closer to your cherished dream and help the protagonist find his child and wife. By the way, if you like action-horror games we also have mods for Grim Soul and Mobile Legends: Bang Bang.

Join a huge community of over 70 million players from all over the world and take part in the next sequel to zombie apocalypse hit.

Campaign impossible to break away

The gameplay in Into the Dead 2 is primarily tied to an interesting plot. It offers players a non-linear ending, which depends on the passage of all seven chapters. In total, you have to go through 60 stages. At the same time, the stages include various tasks and missions. You have to go through over two hundred locations. 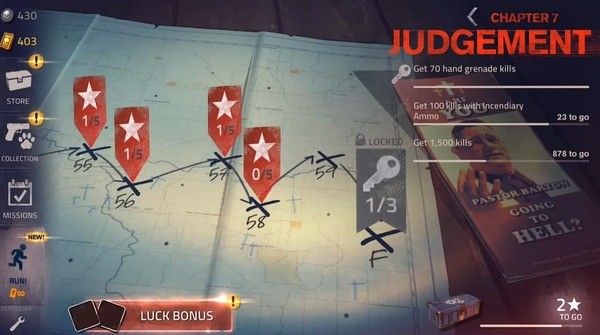 Bright and at the same time gloomy locations

The developers’ fantasy has unfolded to its fullest, as the most atmospheric locations are waiting for you. Ranging from classic military bases and abandoned cities, to real oil fields and tourist camps taken by surprise by crowds of walkers. Explore the places where people fight zombies and look for anything that can help you on your adventure.

You are going to come face to face with armored walkers, runners, as well as ordinary and clumsy, but bloodthirsty zombies. In addition, the amount of enemy health and their physical characteristics constantly increase, so you won’t be able to relax especially. However, at the same time, controls and gameplay are quite simple and pleasant. At each level, you can find several chests with ammunition and other buns that can help you survive even with a large number of opponents.

Into the Dead 2 allows you to destroy your worst enemies. Use the most powerful weapon that you can meet on your way. Upgrade it between levels in the main menu and use different benefits to go through the most difficult stages. Learn new strategies and tactics of warfare, use improvised firing points and climb onto car roofs. Moreover, you can destroy zombies with cold weapons, pistols, shotguns and machine guns.

Despite the fact that the game release took place several years ago, the developers are actively engaged in improving the graphics. Now Into the Dead 2 looks just great even on the newest devices that support new graphics standards. Despite the fact that the game is an ordinary rail shooter, it boasts colorful locations and high quality traced zombies. As you progress through the game, you can also hear several dark soundtracks and high-quality zombie voice acting. 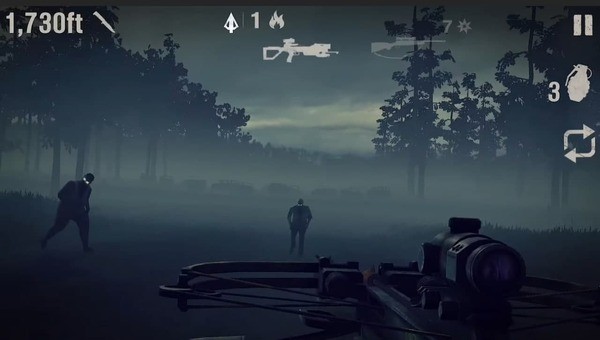 As we mentioned, Into the Dead 2 release was several years ago and during this time enthusiasts have created more than one mod. We suggest you to download the game with menu that includes several simultaneously working functions. Among the offered advantages you can enjou unlimited money and ammo, ability to shoot without reloading and free improvement of weapons and companions.

Our team has tested this mod for performance. According to the results, we should note that all menu features are working. During testing, enabling and disabling the options did not cause any freezes or lags in the game itself. Moreover, we also checked the mod for antivirus software. The scan didn’t reveal any threats or malwares.

In order to take advantage of above-mentioned features, you just need to download Into the Dead 2 from our website and install it on your device in accordance with the recommendations below. After the first launch, tap a round button in upper left corner to turn on menu. By moving the slider, you can turn on and off the functions provided there at your discretion.

A few words about the gameplay. Everything is simple with controls – your task is only to dodge the zombies and shoot. You have access to weapons from the main menu, . If you want to create a new type of weapon, you need to collect parts, clips and drawings at levels. Use all collected materials to improve existing weapons. Into the Dead 2 has other attributes, as unique weapons, and even pet food. 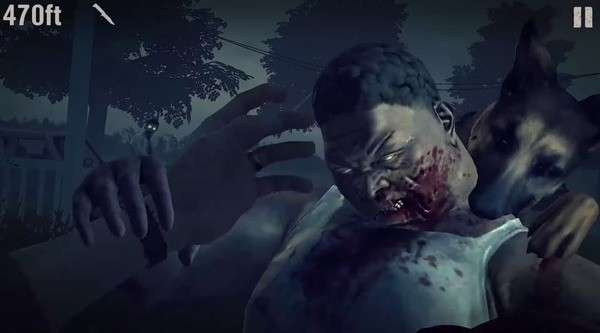 Arming occurs at the beginning of the level, and at the same time, you can take only the main and secondary weapons. The wave of incoming zombies gradually increases with each level, . Using a pistol and rifles, you can kill one target in one shot. The shotgun destroys three zombies at once.

Tip: The ammo runs out quickly, so you can dodge from a direct collision with the dead.

In addition, if the clips are completely empty, main character has a knife. From the fourth level, dogs are available to help. They open automatically in the story, but you can purchase companion dogs in the store. The dog helps to deal with the walkers, but to enter the level you need to feed your four-legged friend.

If you are a fan of zombie games and similar applications, then don’t miss the chance to download Into the Dead 2. The game is completely free, and in-game purchases have only little effect on gameplay. Developers regularly update the game and add interesting features. In addition, the game is available offline. Therefore, you can launch it anywhere at any time.

How to Install Into the Dead 2 Mod?

Don’t forget to delete the original version of Into the Dead 2 before installing our modified version to prevent errors during installation process.