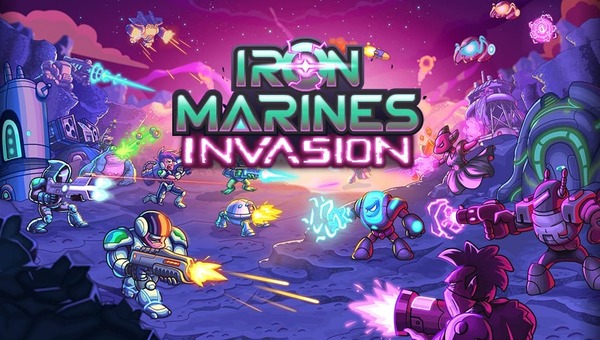 Iron Marines Invasion – popular space strategy where you have to cope with alien attacks, fire rain and other obstacles in real time. Send soldiers, strong powerful mechanoids and aliens to unexplored planets, ready to take command of the protagonist. The landing force is ready to cope with even the most difficult upcoming tests, which can be a meteor shower or a sudden attack by hostile aliens. Protecting your bases is possible with the help of towers, bullets, missiles or laser beams. The battle strategy can change in the midst of the battle with well-aimed bombs and mines. There are many exciting surprises for beginners and seasoned brave captains. If you like strategy games, then also download Defender III and Summoner’s Greed.

Iron Marines Invasion is a continuation of the first part of the application. The new game has already more than 10 thousand downloads, while the number of downloads is growing every day. 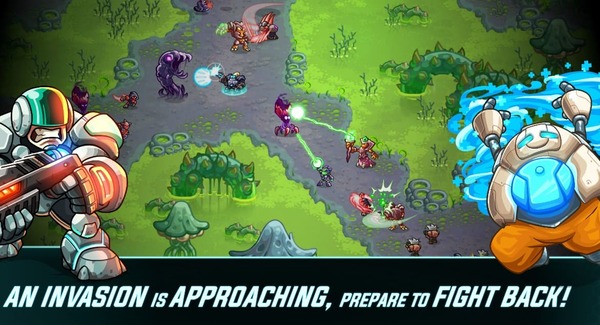 Here is an exciting strategy about Starship Troopers. The distant future, people have been mastering space for a long time. Manage a space squad engaged in the conquest of new territories. In addition to people, there is life on other planets, but often aliens are hostile. You need to build your own base and train fighters.

A total of 21 exciting levels to pass and special tasks. You have to fight not only against enemy troops. Fire rain and other natural disasters also bring massive destruction. In addition to the usual natives, there will be formidable bosses, which are much more difficult to defeat.

The game mechanics of Iron Marines Invasion resembles a castle defense, but with some significant changes. Move characters that you call on the battlefield to any point on the map. You also have a commander with a large supply of health and powerful abilities that come in handy in the final battles with monsters. The level seems passed after you destroy all the enemies and save most of the crystals.

Between passing levels, you should look into the main menu, where you can upgrade the main characteristics of the commander and improve the heroes, defense towers and more. Each of the units has its own line of pumping and improvements, increasing their strength and endurance. One of the original nice features is the versatility of the units. 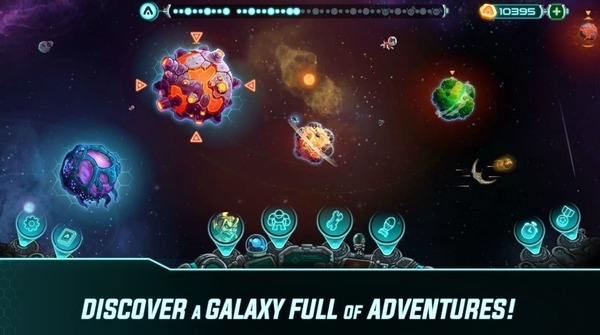 If necessary, flamethrowers drop their weapons, switching to grenade launchers. To fight strong bosses, the player has access to 14 strongest heroes, unique in their qualities and characteristics, as well as capabilities.

Project has a cartoon style, as it looks at least interesting and the sound effects are well chosen.

Iron Marines Invasion mod APK offers all paid heroes unlocked. In addition, the game has already created a save with a lot of in-game currency. If you are not interested, just start the application again.

Iron Marines Invasion – lead a space odyssey and go explore new spaces. Build stations, mine resources, distribute tasks between team members. In the new version, the gamer will lead a space odyssey. Together with the team, go to explore distant worlds and participate in unforgettable trips. It is a well thought out strategy in which every step counts.

Control soldiers, powerful robots, make new friends, build and see real aliens. You can hire any heroes under your command. However, the tasks are complex and they require a thoughtful approach and a competent allocation of resources. 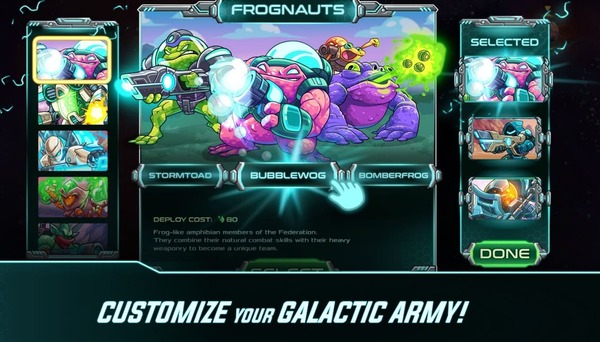 Every decision will matter and carry consequences. In addition to victories, there will be defeats, broken armies and old androids. It is necessary to repair broken mechanisms, deal with the base, prepare soldiers and think over a battle plan. Rules of the battle change every time, so you need to adapt to the situation, not get bored and build a strategy correctly. The game has several difficulty modes: beginner, fighter and veteran.

Iron Marines Invasion is the sequel to the real-time strategy game from the IronHide studio. The new version of the game has even more units, heroes and mechanics.