Island War is an exciting strategy where you have to think over your tactics for success. Because of a significant rise in ocean levels, all the continents on Earth were under water. People face big problems: resource depletion and environmental pollution. Now a desperate struggle is going on for a few islands of land. You will take a direct part in it. Before the start of the battle, prepare your units by placing them in optimal positions. Then fight with other players, raiding enemy territory in search of valuable loot. Use the resources earned during the battles to improve your troops in order to resist the enemy armies in future battles. In addition, you can team up with other players to form an invincible team to complete difficult missions together. If you like strategy, then download also Steel And Flesh 2: New Lands and Portal Kingdoms: Match-3.

Difference between Island War and similar projects is that you cannot engage in politics or agriculture here. All the details are in our review. 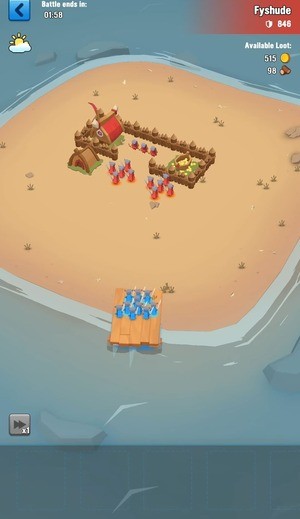 Take on the role of a brave Viking leader in Island War and try to crush all your rivals by capturing as much territory as possible. Remember that enemies never sleep and therefore at any moment they can be at the borders of your state and lay a siege. Carefully monitor the actions of the enemy army and create your own battle tactics that allow you to gain power over the whole world. Immerse in a world consisting of countless small islands. The more victories you can win, the more generous trophies will be in your hands.

Do not forget to improve your warriors and give them new types of weapons, otherwise the next battle can turn into extremely sad consequences. Some of the soldiers will excel at fighting your soldiers in close combat. Others use a bow and can attack your fortress from afar. Still others are war machines that can destroy the walls of your fortress in one or two. Therefore, protection of the castle is a priority. Do not let the enemies take over the last stronghold of security on the way to peaceful settlements. Train troops, build towers and defensive vehicles, send ground units to repulse the onslaught of enemy landings. Make sure your island survives. Then you can go to the next level.

Your task in Island War is to collect a large army of people, arm it, prepare it for the most brutal, and bloody battles. You will fight with real players from everywhere, from every corner of the planet, and all in real time. Users will correspond to your level due to the standards. You have only a small detachment of infantry at your disposal with which you will attack the island closest to you. All battles take place in automatic mode, so you do not have to take part in the battle. 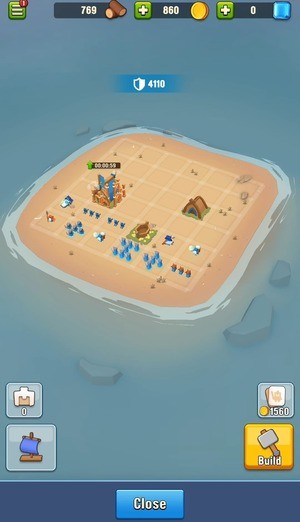 As distinctive features of Island War, one can single out the presence of the most simple control and excellent graphics, made in the best traditions of the genre.

Sometimes battles develop in such a way that it becomes almost impossible to win. For such cases, you can use Island War mod, which provides you with an easy victory in each of the battles.

The game tells about a significant increase in the level of the world’s oceans, which led to the submergence of most of the land under water. The inhabitants of the Earth massively faced the problem of lack of resources and food. The struggle is not only for a normal existence, but also for those parts of the land that have not gone under water. Take part in such confrontations, conquering the islands and protecting your own possessions. 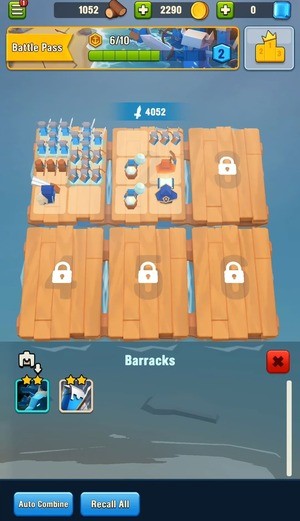 The gameplay consists of two parts: preparatory and battles themselves. Before you take part in the next battle, you need to prepare your characters by placing them in the cells of the playing field in accordance with their skills and abilities, and only then go to the enemy island. Wards fight in automatic mode and you can win only in case of numerical superiority. Use all earned resources and money to improve army and equip the island. If you wish, you can join forces with other players to crush common enemies and complete difficult missions.

Island War is a great game designed specifically for strategy fans. Be sure that there are many epic battles ahead of you with a variety of opponents, which can give you many thrills to feel like a real warlord.