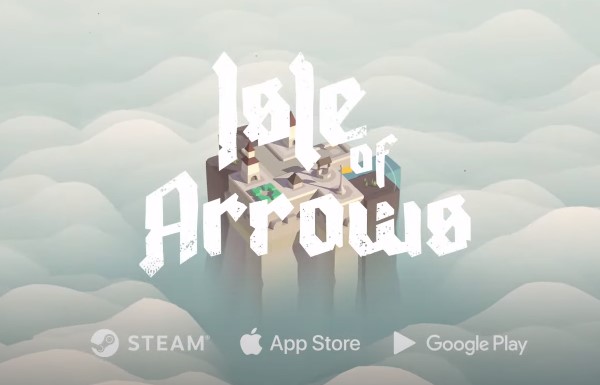 Isle Of Arrows is a kind of hybrid of a board and Tower Defense game. You need to protect the crystal from invaders. At first, you only have access to a few road spaces and one tower. With each wave passed, you will be able to place new towers, build a path further and try to survive as long as possible (ideally, all 40 waves). New places of attack will become available after a certain wave and it is impossible to predict where they will appear. Therefore, it is important to place all available cards wisely. Where it will be better to cover the territory for an attack, where it is better to bring enemies, and so on.

In addition to the classic buildings for the genre, there are also original ones like a tavern. It significantly increases the effectiveness of allied archers in a small radius, which allows you to shoot the attackers more confidently. Gardens serve not only as decoration, but also bring coins, which you can spend on purchasing and improving buildings. 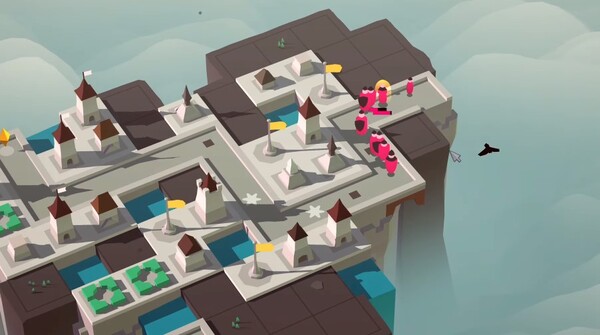 The number of tiles for each Isle of Arrows task is random – you just need to decide how to lay them out. As soon as the platform is created, the construction of a stone tower is available, which causes automatic damage to the enemy. Players must also build the road that the enemy is advancing. It is necessary to pave the most intricate path as possible so that the enemy hordes spend more time on the approaches to the key building.

At the beginning, the simplest set of towers is available to us. There is the only scenario and the clan (passive skill and its own development tree inside), which we will overcome. Completing battles brings a special mastery resource, depending on the number of defeated waves of enemies. The longer we hold on, the more opportunities open up – new scenarios, clans, leveling within clans, a daily challenge, and so on. We need to say here that if the game ends worse than the maximum achieved (in terms of the number of waves), then we get nothing as a reward. 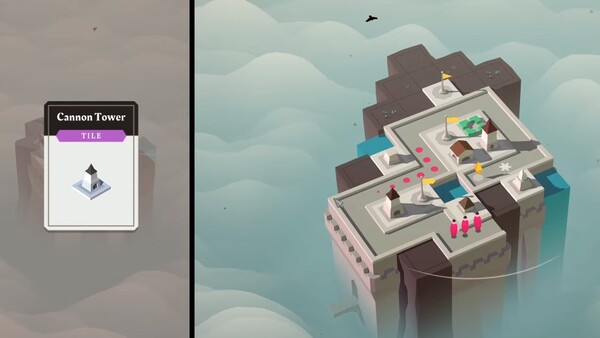 Visually, Isle of Arrows looks rather poor, since you will not see anything other than buildings/path/bare ground. On the other hand, it is reminiscent of Monument Valley, which may be nice for some players. Well, even in the absence of an abundance of details, you can easily distinguish all enemies and towers from each other and this is already good.

Download Isle of Arrows Mod APK and get built-in menu with tons of different features. Use god mode and unlimited coins features to win easily.

The basis of Isle of Arrows – battle with the advancing waves of enemies, as in any tower defense. However, this game also has a number of original features.

You can build only those objects that fall out to us sequentially from a randomly generated list. This seriously complicates the task, because it is not a fact that some kind of tower will fall out, which is needed right now. Here we pay gold not for the construction of buildings (they are free), but for skipping positions in the list and issuing new cards to us. 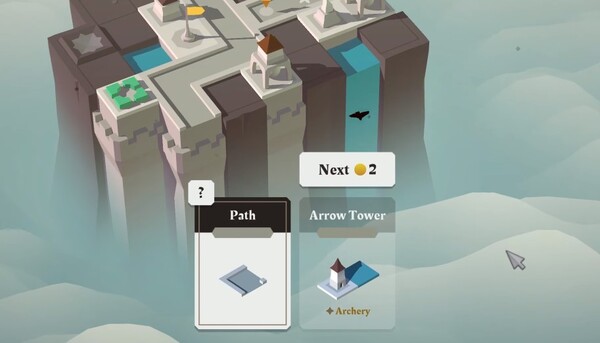 The expanding playing field is not unique, but it has an unusual way here. The initial island can only be expanded using special buildings or by spending certain rare resources, not quickly, expensively, and often not as we would like, because completely random building cards fall out. This matter requires careful planning. It is necessary not only to throw buildings, but also to make sure that the defense is also useful.

Buildings can drop out normal or with additions – not always useful. For example, a fluffy tower is very convenient, but it comes with a cage with water. It can ruin all the raspberries or take up a useful place.

Isle of Arrows is a fun and unique tower defense game where you control the fate of your game. The game will be a test even for any players who love this genre. Players will experience daily challenges, quests and story campaigns. Their main goal is to survive a large number of enemy waves by setting towers on an island hanging in the air.