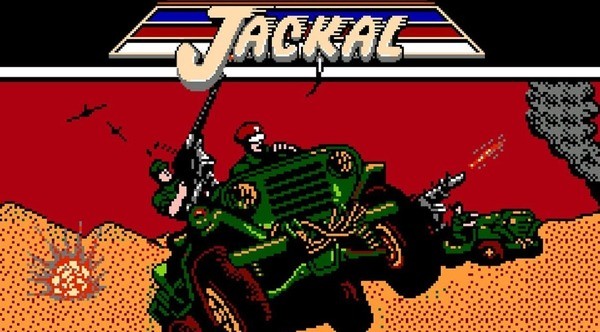 Jackal Retro is a continuation of the 1988 cult game. You are the commander of a special unit. There are fighters under your command who perform tasks in the hottest spots where active hostilities take place. Having received another order, get into a military jeep and go on an adventure where bullets whistle and the earth melts from explosions, where experience, a huge arsenal of weapons and professional team actions help you survive. Recruit only experienced units to the group, having assembled an invincible team and send it to the very hell. Outcome of this confrontation is now in your hands. If you like action games then download also Renaissance Fighters and Awesome Tanks.

If you are interested in details about the game, then read our review. Rescue prisoners of war, destroy enemy bases, collect trophies and clear your native land from invaders. Move on a wheeled monster equipped with the latest technology. After successfully completing a difficult mission, upgrade your car by adding firepower and adding characteristics to speed, maneuverability and armor. 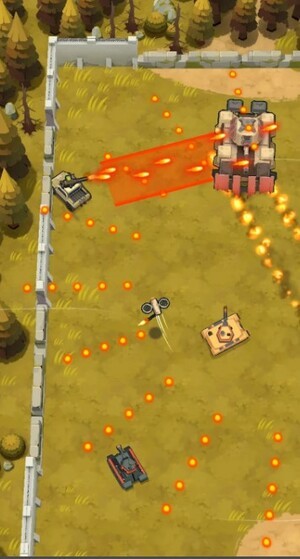 Go to the first mission

Take on your first POW rescue mission in Jackal Retro and get into your jeep with a minigun or other powerful cannon mounted on its side and poison enemy territory. Do not be afraid of dangers and boldly drive your combat vehicle forward. Go around various obstacles on your way, attack opponents and make your way to the goal.

Pass the next level and get a reward for the completed task. You will not participate in the main operations of the army, as you have other goals and objectives. Your missions consist of rescuing prisoners of war and infiltrating enemy territory unnoticed to deliver pinpoint strikes.

Upgrade your weapons and vehicle

Head to the hideout after each completed challenge and start spending the money you earn to both upgrade your battle car and buy new weapons that will greatly increase your combat power. There are many enemies and they have a wide variety of weapons.

Fortified points not allow you to achieve your goal simply. You need to maneuver. Only this helps not to fall under a hurricane of enemy fire. You need a higher speed to better maneuver. Achieve this by pumping your car. 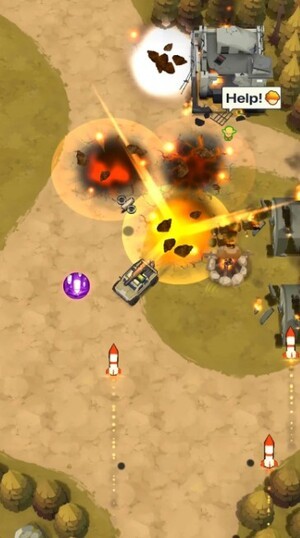 Jackal Retro is a great tool for an exciting pastime. The player only needs to move and aim and the fighters will shoot on their own. Carefully inspect the bases so as not to miss the hostages and valuable items that will come in handy in the future. The mod for unlimited money allows you to upgrade your combat jeep and install powerful weapons.

Select targets based on nearest. If there are many enemies, try to separate them and destroy them one by one. You will find many levels, each of which has its own differences and unique features. Each location has its own characteristics, so completely different, but no less exciting adventures await you.

The game has simple top-down graphics. This game is a continuation of the 1988 project, so you cannot expect great graphics from it. Nevertheless, the picture here is clearly better than in the original.

Download Jackal Retro mod APK for unlimited money to complete all the missions in this game without any problems. 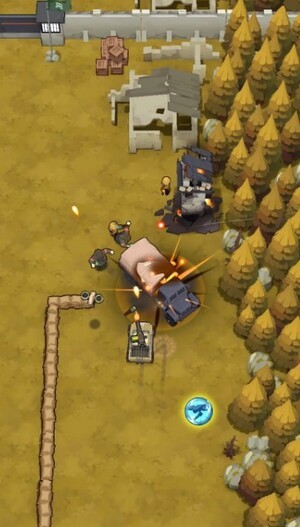 The plot takes place in the modern world, where a bloody war suddenly begins. Groups of several brave military men, who have undergone special training, climb into their fortified jeep with heavy machine guns and head to battle against the numerous opponents occupying the lands of their home country. They constantly rush forward, destroying enemy soldiers and military equipment, not knowing obstacles in their path. Rescue of prisoners of war – allied fighters captured by enemy troops, who are holding them in concentration camps – becomes a regular task.

It is possible to customize and improve your military vehicles: you can increase the protective characteristics, increase the speed of movement, or attach a more powerful weapon that slows down the jeep. Fight not only with ground infantry, but also by tank divisions, maneuverable helicopters and special types of enemy armored vehicles that can destroy your jeep with one shot.

Jackal Retro is a quality shooting game from the past, but with new features. The game is suitable for both adults and children, so we recommend downloading it to everyone.