Jackal Squad – Arcade Shooting is a shooting-focused arcade game from the developers of OneSoft Global PTE. LTD. The project resembles old games on eight-bit consoles. Main task of the user here is to clear territories from enemies, exploring them in a powerful jeep. Your car has a weapon with which it shoots enemies. Enemies can be either on foot or on wheels. You also have to shoot entire military bases in order to get to the next location. In the course of the passage, you can pump cars, put on additional equipment on them and buy new cars. There are more than two hundred levels in the game. All actions take place during the Second World War. Your detachment needs to save the prisoners of war from inevitable death. Take a short tutorial and get started on the tasks of the guide! By the way, we advise you to download Stickman Shinobi: Ninja Fighting and Sonic Dash 2.

Jackal Squad is in beta testing, but this did not stop the download of the project for more than a hundred thousand players.

As we already said, Jackal Squad is a lot like games on Dendy, for example, Contra. Only instead of a brave soldier, the battle focuses on a huge jeep with a machine gun at the top. The application has a top view. You control only the movement of the car, as it shoots itself. Shooting starts when your enemies find themselves in the transport zone. In the course of the adventure, you need to kill various enemies, as well as destroy military facilities and administrative buildings. Often this is necessary to open the passage to the next part of the map, and sometimes – according to the plot. In addition, you can find useful bonuses for your car after the destruction of such objects. However, we will tell you more about this below. 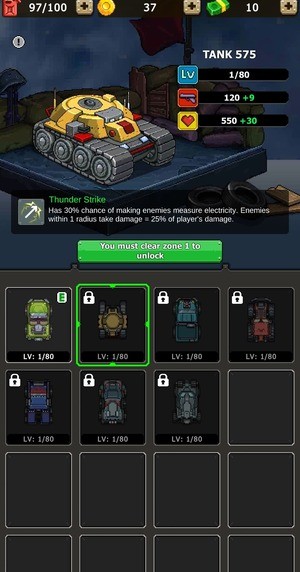 Try to upgrade your jeeps and weapons to maximum power

For those who love variety, Jackal Squad developers have prepared many opportunities to improve your jeep. To begin with, you can put up to six upgrades on each of them. There are connectors for special microchips, as well as more powerful guns that will deal heavy damage. In addition, it is possible to request air support using allied helicopters. In addition, you will earn coins during the game. Use them for pumping special benefits. For example, the hero will deal more damage or receive a health bonus. The choice of benefit is random, as each subsequent skill requires more coins than the previous one. You also have the opportunity to completely change the transport altogether by changing to a more expensive jeep. Each subsequent one has more vitality and more damage. However, you need to go through a sufficient number of levels to unlock them.

Over two hundred levels to explore and various modes

Now, Jackal Squad has more than two hundred levels ready to be completed. In general, the game features several sections, each of which has a dozen locations. These locations symbolize certain military operations carried out during the Second World War. While exploring the levels, in addition to various enemies, you can also find various bonuses. Most often, they appear after the destruction of buildings. There you can find bonuses to life, power of weapons or take an additional burst from a machine gun in order to hit as many enemies as possible on your way. By the way, if you get tired of the campaign, then choose the mode of battles with bosses or survival mode. Just hold out as long as possible under the onslaught of constantly staying enemies. There is also a Guardian mode. There, user needs to act as a bodyguard and protect his target from all attacks. 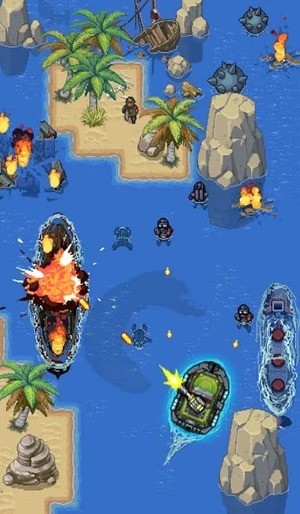 Jackal Squad features a top view and graphics in the game, although bright, have a pixel basis. At the same time, developers implemented numerous shots and explosions in a very effective and memorable way. You will be able to enjoy realistic sounds from the game that can take you to the battlefield.

Money in Jackal Squad allow you to do, if not everything, then a lot. First, you can upgrade the perks for your hero and buy new cars. Unfortunately, there is always not enough money, but we can offer easy fix by downloading a mod for unlimited amount of money.

If you miss 8 and 16-bit times, now is the time to download Jackal Squad. This is an arcade game where you drive a jeep and destroy enemy infantry, buildings and tanks. Music and graphics bring back pleasant memories and you don’t even need to shoot, because the gameplay is vertical. The gameplay is divided into missions. You can get a maximum of three medals during operations. Use them to get materials, although more rare items are available on levels of high difficulty. You have to join a secret squad, which must save his country from invaders and influence the outcome of the Second World War.

The developers promise to add online and offline modes, although there is no talk of social interactions, you can simply play without an Internet connection. Therefore, you can enjoy your project anywhere and anytime. You can also upgrade your car, because with each level the enemies become stronger.

Jackal Squad – Arcade Shooting is a very interesting game that will cause nostalgia among the older generation of users and will be able to entice younger gamers. The project has practically no age restrictions, so that it can reach as many players as possible.