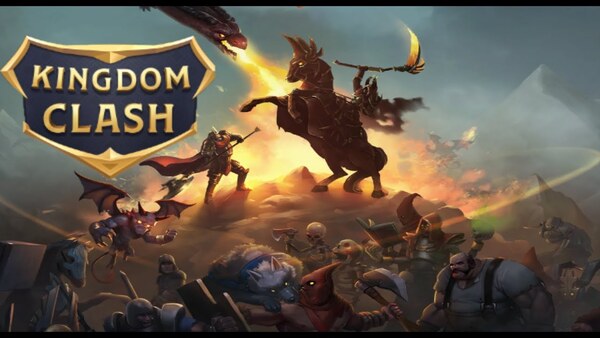 Kingdom Clash – Battle Sim – an exciting arcade strategy in which a cruel medieval world awaits you, where you have to gather a strong army and take part in epic battles with enemies for the freedom of your kingdom. At the very beginning, there will be a very small detachment of soldiers under your leadership. Go to the battlefield to fight your enemies. Before each battle, you can place your soldiers on the battlefield and then just watch them fight. Earn gold coins for each victory in battle. Use them to hire new units of soldiers at any time. In addition, you can combine two identical squads of soldiers to get one stronger one before the battle itself begins. As you play, you will be able to unlock some bonuses. Do you love strategies? Then download also Steel Mill Manager-Idle Tycoon and Xeno Command.

We recommend reading our review for a complete immersion in Kingdom Clash – Battle Sim. 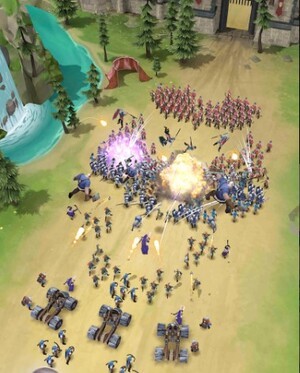 Kingdom Clash – Battle Sim players are waiting for interesting confrontations in limited locations, where two armies fight, and only one comes out victorious. Three main modes will be at your disposal: a campaign divided into levels, tests and an arena where the best players fight. Before the start of the battle, you need to complete your squad. Heroes are located in the cells of the playing field, the same barns can be combined and get stronger characters. The battle will begin after assembling the squad. You will not take part in it, as the heroes attack on their own and use all the skills.

Many units and heroes

You will have access to more than 45 unique heroes and 40 types of troops in this interesting strategy game. Assemble your most fearless army, which you will lead on a campaign against your enemies and their dangerous bosses. Complete daily tasks and get extra gold. Upgrade your warriors to the maximum and summon powerful heroes to help you conquer new lands. In addition, there is a unique AFK mode here, in which you will earn gold even when you are not in the game. You just have to watch and get positive emotions from the game. 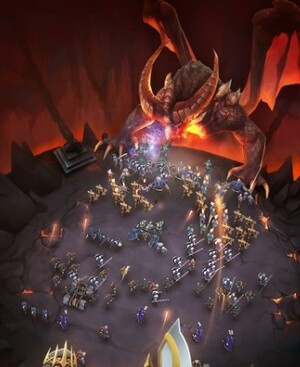 The most interesting thing in Kingdom Clash – Battle Sim is the composition of the squad, which can include both ordinary swordsmen, archers, and necromancers, magicians and dark elves. Each type of hero is unique and has certain abilities that you need to improve before the start of the battle. Take part in clan battles, win crushing victories, earn money and chests with valuable rewards to buy new warriors and create an invincible army.

We recommend that you download the Kingdom Clash – Battle Sim mod, which will give the user an unlimited amount of money and diamonds.

The medieval castle is in danger, so you need to form an army and place soldiers on the battlefield, correctly distributing warriors, based on the tactics and strategy of large-scale online battles. Then launch a counteroffensive, capturing the territories of the enemy who dared to attack first. In those dark times, everything was decided by brute force, without a huge army. The king turned out to be weak prey for the invaders. Now your task is not only to create defensive and offensive structures and vehicles, but also to hire soldiers, connecting the same ones, which increases their level and power. 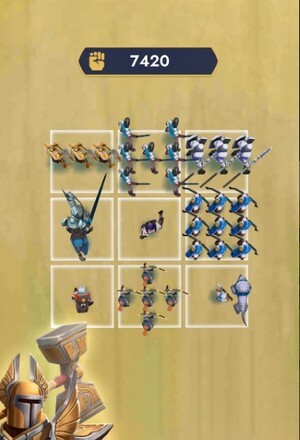 Keep a close eye on your environment in Kingdom Clash – Battle Sim to prevent your neighbor’s legions from sneaking up on you and foray into the dungeons, fighting huge and powerful bosses to get valuable items. Unlock and summon heroes with unique abilities that can turn the tide of battle in your favor and command the most powerful army in the world to defend your lands.

Kingdom Clash – Battle Sim – gather a formidable army, upgrade war heroes and fight for the freedom of your kingdom.