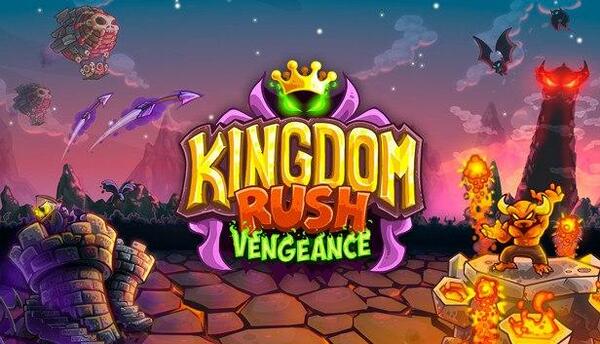 Kingdom Rush Vengeance is an addicting tower-defense strategy game that continues the iconic series from Ironhide Game Studio. Your main task is to destroy all enemies by building up your location with powerful towers with various features and characteristics. New part of the game features even more towers, as well as active and passive abilities depending on the selected hero. Improve your strategic thinking, place your units on the map correctly, and don’t forget to use powerful skills to defeat the enemy army! If you are a fan of these games, then we have prepared for you Lustful Shores and Bloons TD 6.

The game has unbelievable 4.7/5 rating. Read on to find out the main features of Kingdom Rush Vengeance.

Choose from a variety of heroes

Kingdom Rush Vengeance features 13 great heroes to play. You can summon the hero to the battlefield at any time, so he could fight along with other participants in the battle. However, the hero is much more powerful than the others are. Each of them has unique perks that help in battles. The hero can disappear from the location only in case of death. Three characters will be available to you at the very beginning of the game, the rest you can unlock as you reach a certain level. In addition, you can purchase heroes for donation. 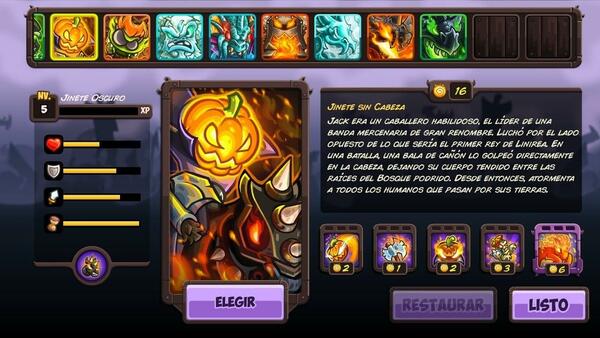 In order to make the gameplay more varied, developers of Kingdom Rush Vengeance have implemented over sixty different types of enemies. From goblin to troll, from wolf to hellhound, from skeleton to venomous gulper – the variety of enemies is simply amazing. You need to come up with your own strategy for each of them. For example, some enemies can shoot fireballs, while others are invulnerable to physical or magical attacks. There are also flying units to shoot from afar. Thus, you always need to think about which towers to place and which spells to use, considering the types of attackers. 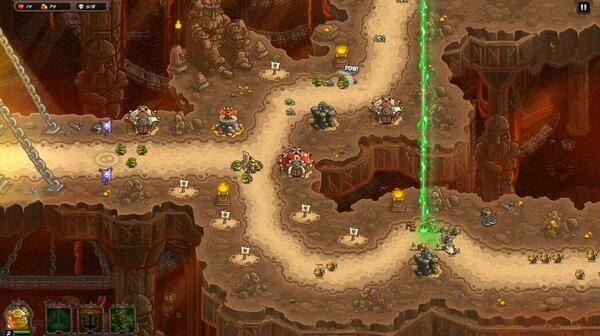 Learn powerful abilities to help you in battle

In addition to powerful towers, epic heroes and helper units, in Kingdom Rush Vengeance you can explore useful player abilities – passive and active. You can upgrade them using a special currency – souls, earned for successfully completing levels. Some of these abilities are useless, while others can save you a seemingly lost battle.

Kingdom Rush Vengeance currently has 25 global stages in which the main events of the game take place. Initially, you have only a couple of towers, and several weak units to oppose you, but as you progress through the game, you get access to new content. Don’t forget that all locations have their own landscape, and take this ideas into account when fighting. You also have a flexible achievement system at your disposal. There are more than sixty of them in the project: play, explore and win.

The graphics in Kingdom Rush Vengeance are similar to the previous installments of the series, but there is more content here, which did not prevent the developers from perfectly detailing all the objects in the application. At the same time, the game is perfectly optimized, and despite the average amount of memory occupied, it runs smoothly even on weak devices. And thanks to high-quality sound effects, you will be transported to the battlefield and feel like a real commander. No enemy attack will go unnoticed by you thanks to the sound design and great music.

Kingdom Rush Vengeance is a paid game on Google Play, but you can download it for free using the mod we offer to users. In addition, it also includes unlimited money, lives and diamonds option so that you can enjoy the gameplay with full functionality.

We tested Kingdom Rush Vengeance for our visitors. We can assure you that mod for unlimited money, lives and diamonds works. Select the appropriate value in special menu to activate all the benefits. You can find in the left corner of the screen when you start the game. In addition, you can enjoy the game free.

The essence of the gameplay is as follows: before you is a map with a winding road. Rival troops from the castle located in front go down the road to you. Your goal is to prevent them from going to the other end of the road marked with flags. The more units pass there, the more lives you lose. Once the lives run out, you fail the level.

In order to confront the enemy, you need to build towers. There are special points along the road. Player can choose where to start to build a defensive structure, because it won’t be possible to build everything at once. At any time, you can call on a squad for help, who will disappear after a while. This ability requires a recharge. There are also other abilities and even spells in the game.

If you are a fan of the Kingdom Rush series, then you have to try this game. Even if you are not yet familiar with the series, we advise you to play it. The game can appeal to many users, as it intertwines dynamic gameplay with the need to think strategically.

Don’t forget to delete the original version of Kingdom Rush Vengeance before installing our modified version to prevent errors during installation process. 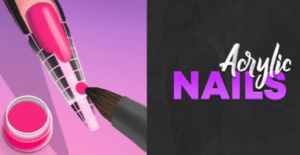 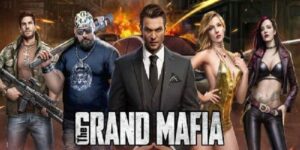 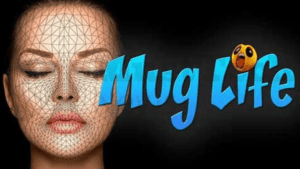