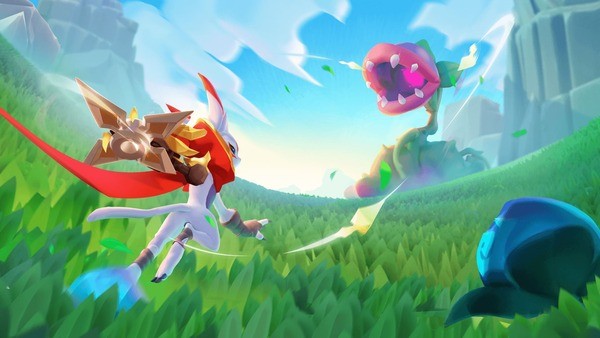 Kinja Run is an oriental-themed runner where you play as a ninja who throws shurikens at enemies. It also combines elements from roguelikes, so as you level up during one run, the player receives random buffs. Interestingly, the camera position can change, going from third-person while running to isometric when you fight multiple mini-bosses at once. Your task is to go through a certain number of levels to complete the run. Just expect constant dodges from enemy attacks in the style of “shoot ’em up” and full manual control. We also advise you to pay attention to Banana Kong 2 and Angry Gran Run 2.

Kinja Run is a cool runner with an unusual style. Read our review for all the details. 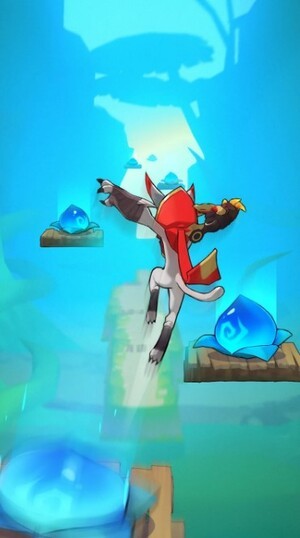 The gameplay features locations, which in turn are divided into 10 stages. Players will meet with toothy and poisonous plants, wild predators and various monsters at the end of each stage. The character moves independently, as it is necessary to control the direction of movement and deal with all enemies.

Destroying monsters and overcoming obstacles, you will increase the level of the protagonist. With each new level, an additional skill is unlocked that increases strength, agility, makes the hero resistant to attacks, or even endows him with magical abilities.

The hero of Kinja Run is mortal. Be careful, replenish your health in a timely manner and dodge projectiles fired by enemies. Make all controls with one finger with which you will guide the character along the right path.

Gradually, you will expand the functionality of your capabilities, which will give many positive emotions to all users. Enjoy interesting bonuses, achieving a quick fight with the bosses. All these battles are much more difficult than with ordinary opponents, because the bosses are much stronger and more powerful. Remember importance of opening boxes in locations, because you can often find useful bonuses in them. 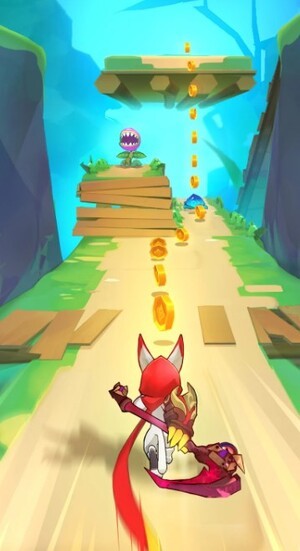 All this will come in handy as you explore the gameplay, which has a great effect on the reward you receive. In general, each leader in Kinja Run has its own feature, which you need to consider when passing. Somewhere it is worth hurrying, in another case it is better to wait and pick up the moment.

Kinja Run offers beautiful graphics, amazing animations that accompany each action, pleasant music and much more. Because of this, the project is quite demanding on the device, but this is not a critical moment for owners of medium-sized gadgets.

Get rewarded without watching ads to succeed in Kinja Run.

You have to spend an amazing race, accompanied by many unusual obstacles. Constantly increase the difficulty, which will bring even more emotions. The developers have added several unique maps filled with different objects that can significantly complicate the passage of the stage. Pay close attention to what is in front of you. 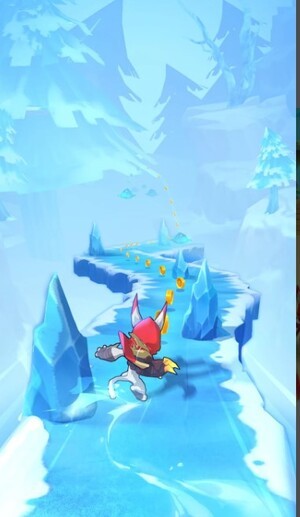 To simplify the gameplay, use special boosters to increase speed. Become invulnerable and much more. You will choose the map yourself, so it is worth trying everything first. Only in this case it will be possible to add up a general impression of what is happening.

The gameplay does not have a clear storyline, so you will just go through the same type of levels. If you fail to set a record, just try again. When the mission is completed, you can have a lot of points and currency. The task is not easy, but fun. Levels are unique and offer to engage in battles with the most unusual fairy-tale creatures.

Defeating them not only increases the hero’s abilities, but also brings in-game currency. Eventually, the run will end. Once in the main menu, you can improve the skills of the character in order to make him stronger and more resilient from the start of the game. Be ready to fight even the most bloodthirsty bosses.

Kinja Run is a very cool runner with a twist. There are many features, but you need to test this application personally to find out everything.