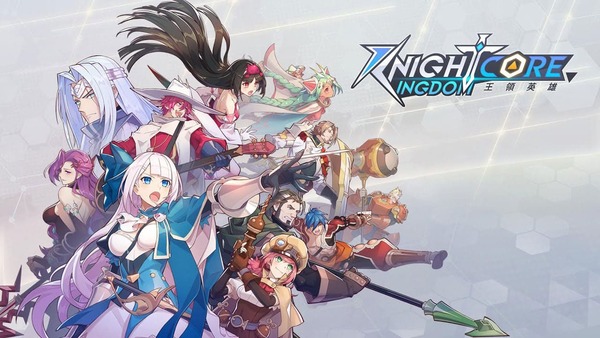 Knightcore Kingdom is a mobile game with automatic battles in a small arena. Players control a team of fantasy heroes, one of which is King Arthur, who defends Camelot. Battles last about a minute and a half, and players only need to place units in position and choose their strategy. In addition to fights, you need to upgrade the castle and summon new characters through gacha. The main thing is to increase the overall level of the strength of your squad, as well as to place units correctly. If you are a casual gamer, then there is an “auto-arrangement” function. For strategy lovers, we can advise Dracula City Master and Necropolis Story of Lich.

Knightcore Kingdom combines many exciting genres, but in order not to get confused in all the variety of the game, you should read our review.

Knightcore Kingdom teleports you to the amazing magical world of Camelot, ruled by a wise queen who commands 10 knights who protect the population of 5 major cities from the invasion of various and cruel monsters. Just for one of these brave knights you have to take part in this exciting game.

At the beginning of the game, choose your character from 10 available classes, such as fighter, rogue, priest, shaman and many others. Each of the heroes will have their own unique skills that you can use against your enemies. Accordingly, depending on the choice of the hero, your tactics for battle will radically differ. Therefore, you should approach this decision responsibly.

Gather a squad of powerful heroes

After you have to lead a squad of heroes, which you will go through exciting levels where you will face dangerous monsters and various enemies. The game has 10 unique character classes and 80 abilities that you can switch to create your own unbeatable strategy in every battle. You have access to 50 stylish outfits that you can dress your hero.

Lead a team of heroes and go explore hundreds of dangerous dungeons. To do this, invite the best heroes of other players to your place to create an invincible and powerful team. In addition, other players will be able to invite you to their team, even if you are offline.

At the same time, you can manually control the hero during the battle or set up automatic control to watch the battle simply. As Knightcore Kingdom progresses, you will be able to improve your hero’s skills, which will help you fight your enemies even more effectively. In general, it is worth noting that the auto-battle mode will suit more inexperienced players, because in this mode there will automatically be the deployment of troops.

Download Knightcore Kingdom mod APK, where a special mod menu awaits you. There you can use the god mode and kill all enemies with one hit.

If you are not a big fan of battles, then a story campaign is here especially for you. However, you must understand that the combat component is almost the basis of the entire gameplay here. You can earn some rewards from the story missions, but they are not even close to what you can get during the fights.

The role component lies in the fact that you will need to hire, discover, upgrade and dress the characters. All of the above will reveal dozens of hours of gameplay for you. The type and role of heroes is determined by their passive and active abilities, which players can also improve. If the character fell in battle, then a long and expensive recovery period awaits you.

Knightcore Kingdom is a game that you need to plunge into with your head to understand all its mechanics and features. Here you have to choose a hero, collect a squad of fighters and go to the arena. However, not everything is as simple as it might seem at first glance.