Konosuba: Fantastic Days is an anime role-playing game from FUR, where you need to go on an adventure ridding the world of evil. Meet brave fighters, numerous hordes of the devilish commander-in-chief and take a risky journey, because the world where you find yourself is full of adventures and dangers. On your shoulders lies a serious responsibility, ahead of a difficult mission to save the world from evil creatures. Return peace and prosperity to the lands, driving away and destroying the fiends of hell finally. A variety of storylines leads you to meet unusual characters, so listen carefully to their stories and understand if they need help. Gather a squad of fighters with unusual abilities, for example, a crusader, not distinguished by intelligence, but masterfully wielding a sword, a goddess endowed with magic, and many others who are ready to stand up to defend their world from numerous creatures of evil and powerful bosses. Also, download role-playing projects such as Soul Land Reloaded and Pokemon Quest.

Travel to another world

It all starts with an introductory plot, where we meet one of the many cute heroes of Konosuba: Fantastic Days. She says that our hero died, but he can return choosing constant battles in this magical world. It is worth noting that according to her own words, our hero is a hickey, from whom she does not expect much. Therefore, he can take with him something that can help in battles. The choice is obvious – the character takes the heroine herself! She is not ready for such a plot twist, but there is nothing to do – a deal is a deal. As a result, she becomes our character in the team of a couple of more heroes. Then we go to the first fight. It is worth saying that you will see such scenes very often in the game. This is probably why the application requires about two gigabytes of free hard disk space. However, this is a completely justified loss of disk memory. 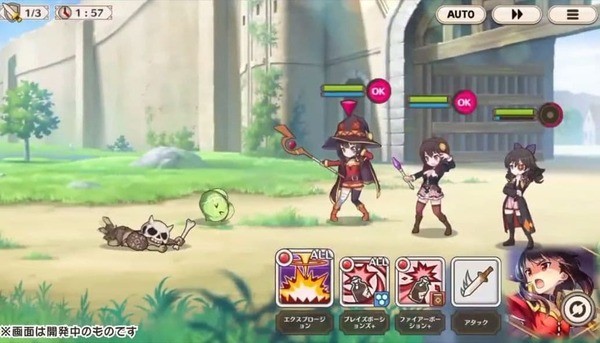 The battles in Konosuba: Fantastic Days are simple. We have several heroes and enemies to attack. To do this, simply press the skill buttons of your fighters. They can take a while to recharge, so sometimes you just have to watch. Characters also have powerful special skills that take longer to accumulate. If such a mechanic seems boring to you, it does not matter – you can use auto battle option. This mode enables all skills automatically. You just have to watch your heroes and read their lines – the authors have taken care of such trifles as various jokes in battle.

The main purpose of the application is collecting heroes. They differ in their strength, but most importantly, in their sweetness! Especially if you watched the original, and you need exactly a certain hero – or heroine, so realize this fantasy.

As we said, the main element of gameplay in Konosuba: Fantastic Days is timely activation of skills and abilities. Developers made them in a very diverse way and, in general, they look epic. All battles take place in turn-based mode. When you have accumulated enough mana, you can activate special abilities. To do this, just click on the skill icon with just one finger. In general, the animation of the skills features cinematic fidelity. We are sure that many users will surely like it. 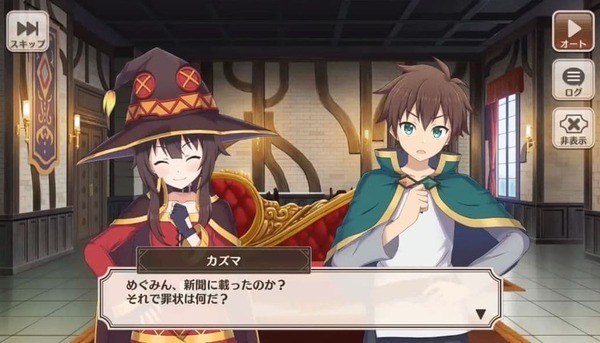 Fantastic portrayal, voice acting and animation of Konosuba: Fantastic Days will impress fans of this genre of mobile games. Famous heroes from the popular world will give a lot of laughter, jokes and joy, alternating with bloody battles.

To win battles, players need a large number of attacking skills, while defending requires a lot of armor. We suggest downloading our Konosuba: Fantastic Days Mod APK to facilitate this task. It allows you to adjust the attack and defense indicators to those indicators that you need. In addition, we removed all ads from the game.

Please note that the mod may sometimes stop working, but we are monitoring the situation and will update the game as soon as possible.

Nowadays, more and more anime games are appearing in the mobile sphere. This is not surprising, since the developers see the growing popularity of this segment. Once upon a time, anime was the lot of a handful of amateurs – now the situation is different. Many franchises have become iconic, as have their characters. On smartphones, you can very inexpensively create games aimed just at collecting characters. 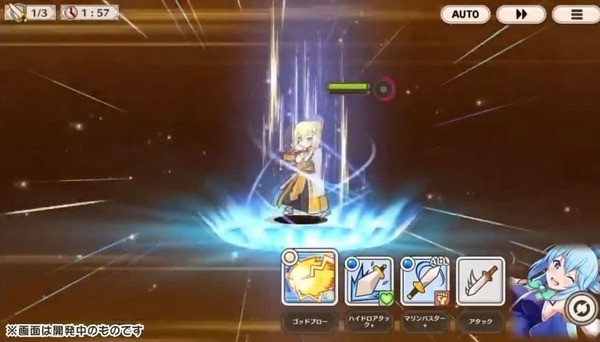 This is what Nexon decided to do. The developers chose the anime Konosuba and did not lose – it really has many bright and very cute characters. The authors were only required to take good care of this universe, transferring it to the game world. In our opinion, they coped with this task perfectly. Feel the anime atmosphere and the characters, judging by their dialogues and remarks, have their own characters in addition to combat characteristics.

As we already wrote, the gameplay did not bring anything new and revolutionary. Moreover, according to the mobile tradition, it is almost absent here. After all, most players will most likely use the auto battle function. As a result, everything will be limited to simple collecting. Many people like it – at least judging by the reviews. So, if you are one of those people, then Konosuba: Fantastic Days is especially for you.

Konosuba: Fantastic Days may not captivate everyone with its gameplay, but the project has a very strong collectible component. Due to careful transferring of all characters from the anime of the same name, and many fans will like the opportunity to interact with them. If you love anime, then be sure to get to know this project better.