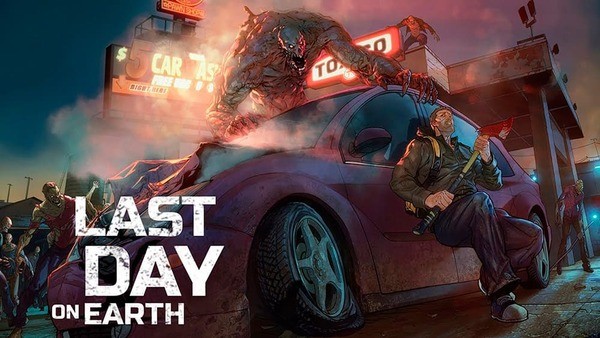 Last Day on Earth: Survival is a survival horror action mobile game from Kefir! The project has a post-apocalyptic zombie setting. You play the role of one of the few survivors who managed to set up camp on the ruins of former cities. Your character is hungry. In addition, he needs water and medicine, clothing and shelter. Now you must ensure his survival. In order to do this, it is necessary to collect resources, as well as engage in looting, take part in shootouts and much more. Fight with not only other users playing the role of the same survivors, but also by zombies, which represent most of the world’s population. The application stands out from the competition with a branched crafting tree, as well as its focus on multiplayer. We also recommend you download Survival Master 3D and Dawn of Zombies: Survival.

Last Day on Earth: Survival is one of the most popular projects on the Google Play platform. The game has over 50 million downloads and is still in great demand.

Plunge into the atmosphere of the post-apocalypse

Last Day on Earth: Survival features the style of post-apocalypse. Plot says that a collapse occurred in the game world. An outbreak of an unknown virus turned most of the Earth’s population into zombies. There are both the most primitive, as well as leisurely creatures among them.. The protagonist of this app does not have a name, as it is the player’s avatar. The few NPCs that will catch your eye have practically no effect on the plot, as well as its features. In general, we can describe the application as a huge sandbox where each player is trying to survive, as well as to find comrades, since it is much easier to fight off the attacks of monsters in a group. 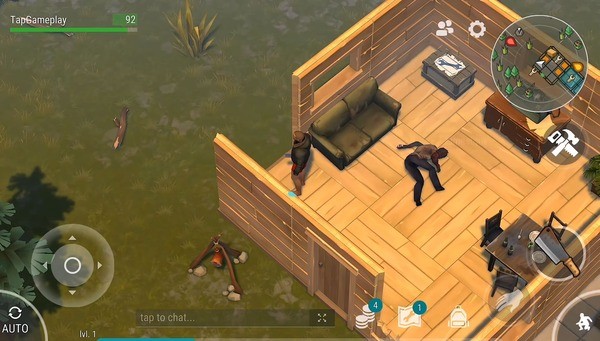 The character begins his adventure completely naked. He needs to find clothes, collect materials at hand for construction and create tools. By gaining experience and using the accumulated knowledge, you can create more and more complex objects. All actions in the game being experience points. Most of all you can get for battles with ordinary bots and bosses. However, it is worth remembering that enemies also damage the character.

Main character in Last Day on Earth: Survival eats and drinks, as in real life. If the energy runs out, the character cannot run, but only walks, moreover, with a rather low speed. However, you can recuperate even without donation if you watch ads for a reward. In order to stay full always, the hero starts a vegetable patch and sets up a water tank. You can also cook bread in the oven. In addition, if you kill a deer while hunting, you will get hearty steaks from it.

Build an impregnable fortress, surround your site with traps and place guns on every corner so that no infected or easy-money lover can slip by. Stock up on supplies in case you are shot and you cannot hunt. Learn to cook delicious meals on a fire. The higher your skills are developed, the easier it will be for you to craft items and generally stay alive. Dynamic gameplay of Last Day on Earth constantly focuses on how to survive. Gather resources, build shelter, craft weapons and armor in order to stay alive. Look for other survivors, as it is much easier for you to cope with the misfortune together.

A huge and completely open world is available in Last Day on Earth: Survival. Nothing holds back the player, so you can immediately go to different locations, find a place for the base, start collecting resources or delve into the study of game world that has survived the apocalypse. You can only rely on yourself in this gloomy and dangerous world. Each sortie makes you stronger, faster and more resourceful, so let your enemies tremble at the thought that they could somehow offend you. 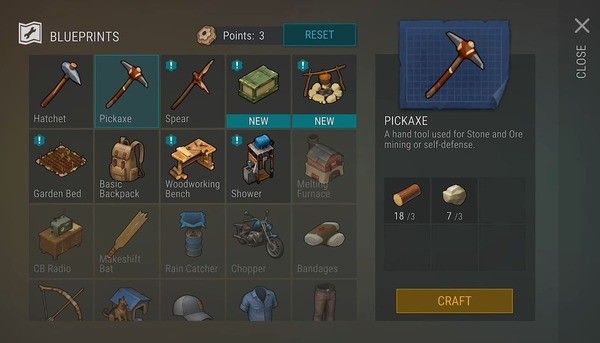 The three-dimensional graphics of Last Day on Earth: Survival boast of high quality. Animated characters move around the playing field, lighting changes day and night. Every little thing is well thought out – from weapons to vegetable beds. During battles, you can control hero actions with no need to watch what is happening from the outside. You can select locations on the global map. Top view allows you to see the attacker from all four directions, without wasting time on turns in different directions. Sound component of the project is also great: sometimes there are creepy sounds that can seriously scare the user.

We bring to your attention the Last Day on Earth mod with a huge number of possibilities. First, you get the opportunity to craft and build for free. It also includes unlimited skill points and division of single items. In addition, you have access to a special mod menu in upper left corner of the screen. There are also many possibilities, which we want to highlight.

– Instant movement across the global map.

– First aid kits and food are not spent.

– Get an unknown box.

Please note that the modification does not work in multiplayer locations! Attempting to use a mod online may result in immediate blocking!

Last Day on Earth: Survival takes you to the future, where a virus unknown to science has infected literally all of humanity and most animals. Our main character is one of the few survivors who need to fight for existence with all the might. The game features multiplayer, so you have to fight not only with the walking dead. Other players certainly are interested in your base and especially food and other useful things that may be in it. You have a lot to do to be safe. Starting from building a dwelling that can protect you from zombies and bad weather, ending with crafting weapons to shoot back or fight off marauders. 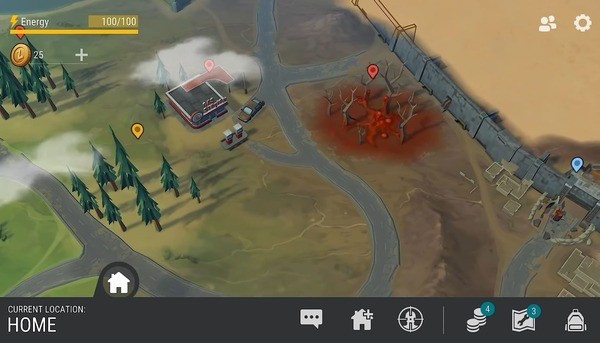 It will not work to be limited to four walls in Last Day on Earth, because you always need food and water in order not to die a stupid death. Therefore, bold forays beyond the boundaries of your zone are ahead of you. No one knows what monsters and adventures await you on the way. Perhaps you will be lucky and you will find someone’s cache with cool weapons and equipment, or you will run into the boss. Come up with clever plans to lure all the walkers into military/police stations or dress up in thick armor and load your rifle to kick open the door and shoot everyone. It doesn’t matter which strategy you choose, the main thing is to stay alive.

Take sorties all over the map. This can be a wide variety of locations, ranging from the neighboring forest, where you can shoot or catch good game, ending with police stations, bunkers and aircraft crash sites. Here you can find many useful parts for creating a radio room, repairing a car/motorcycle, as well as mountains of powerful weapons. Stock up on the best products, fill up bottles of water and go on a dangerous journey.

All actions in the game feature cool 3D graphics and excellent sound effects. In addition, the gameplay itself is simply gorgeous thanks to an interesting plot and excellent mechanics. The application will not make you bored for a second – only hardcore, only survival!

Last Day on Earth: Survival is an excellent action horror game about a zombie apocalypse. The game turned out to be very intense, as the need for endless crafting brought an element of originality to the creation of Kefir studio. The developers pleased everyone: fans of endless shooters can destroy zombies, connoisseurs of quests can search for objects and puzzle lovers can endlessly create equipment and weapons.

How to Install Last Day on Earth Mod APK?