League of Angels: Chaos takes place at a time when Ragnarok happened, plunging all the worlds into chaos and causing destruction. Numerous monsters are attacking, and only you, the last hope of the gods and an experienced leader, are able to gather a squad of heroes and resist the forces of evil. Choose a profession from three available. Summon angels with great runic power and numerous skills that can turn the tide of battle in your favor. Apply skills to allies to add strength, dexterity, life and endurance. Participate in multiplayer battles with friends of the same guild, raiding enemy territory, collecting drops and upgrading equipment to divine value. Trade at auctions, develop and grow rich, acquiring legendary items and wings. Go into a fierce battle as pumped and powerful as possible. Also, download Ax: Alliance vs Empire and BLEACH Brave Souls. 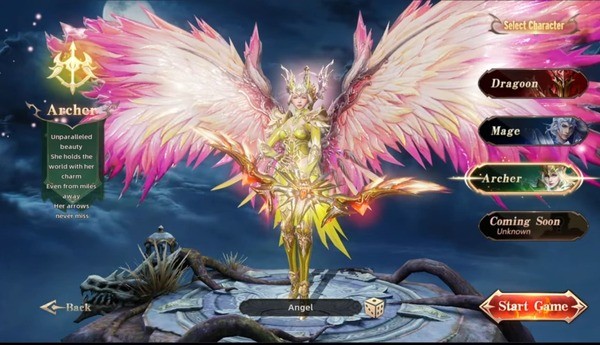 If you are interested in multiplayer online games, then be sure to download League of Angels: Chaos.

As the chosen one, you must unite the angels and restore the heavens to their former glory. To do this, create a character by choosing:

With pumping in games of this kind, everything is quite difficult, since there are a huge number of things to develop. Here you have wings, and sharpening weapons of various types, including divine ones, and horses, relics and much more. This RPG surprises with the amount of content and the developers have worked out the plot tasks well. Here you will not just have text that you can skip, but entire video inserts with animations. Among other things, there are additional quests, but they focus on unlocking new mechanics or features, including pets, wings, relics, etc. There are many opportunities to create new types of equipment to help you crush enemies.

You can pump in automatic mode, which allows you to be distracted by other things while the character fights enemies on his own. However, we note that boss battles and difficult PvP modes require playing manually. The emphasis is on the angels that you can develop. They are your companions, increasing the Battle Rating – a measure of the strength of the hero. The game invites you to go to a fantasy world to test yourself in grandiose battles. Try your hand at a fierce confrontation, fight for triumph of the ideals of Goodness and leadership. 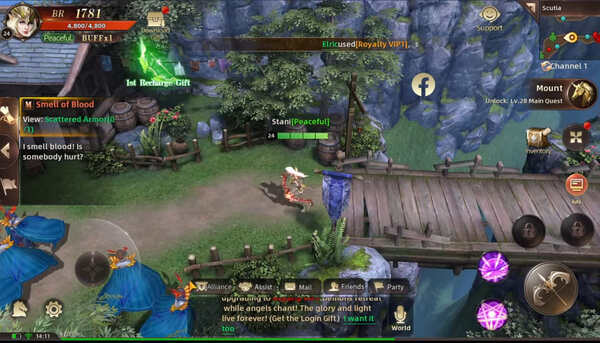 The developers of League of Angels: Chaos really improved not only the animations and textures of each thing, but also worked on the interface. The detailing of equipment and angels is excellent – it is very beautiful and high quality. The game features epic music, which is the best suited for this genre.

League of Angels: Chaos is a game that firmly won the recognition of many gamers. The legendary story from Korean developers has now moved into the format of a mobile game. It retained its main advantages and replenished with a number of new features. If you prefer to spend free time in a bright and exciting way, the feel free to go to a huge open world created with bright graphics. Choose a hero from three classes – a dragoon, a magician and an archer.

Participate in the destruction of various evil spirits that claim to have undivided power. Each player will be able to destroy terrible monsters, thereby earning rewards and pumping the abilities of his character. The project perfectly recreates the atmosphere of adventure, which attracts the attention of each user with unique features. 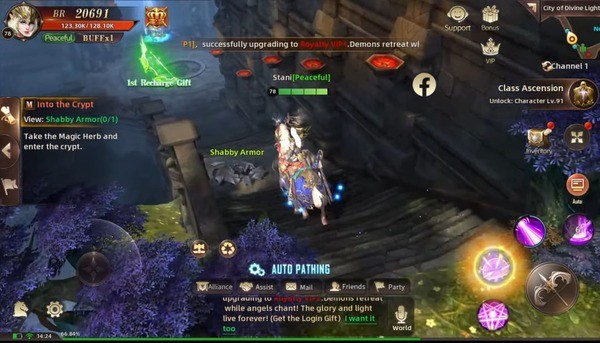 In real life, it is unlikely that you will be able to accomplish something great, but in a huge and vibrant fantasy world, gamers are open to any paths and various opportunities are available. League of Angels: Chaos offers you to complete solo missions or compete for victory as part of clans. Master effective techniques and practice martial arts.

Legendary warriors, endowed with unique abilities, will become the heroes of this dynamic story, receiving improved mechanics. You have to show all your skills for the most effective fight against different monsters inhabiting a fantasy world. The victories allow you to pump characters, ensuring through successful battles with evil spirits. League of Angels: Chaos provides multiplayer mode, convenient controls and unlimited freedom of action.

League of Angels: Chaos is a bright and high-quality multiplayer role-playing game that will give many positive emotions to all users.