Legion of Ace: Chaos Territory is a 3D RPG from Funboom developers. Fight the most powerful opponents in real time using your great heroes and achieve universal glory. Your main task is to save the Gaia kingdom from huge dragons and other creepy monsters. They attacked your lands and now want to destroy all its inhabitants. Lead a group of brave heroes with superhuman strength to save your people and challenge the forces of evil. Take part in epic battles against hordes of fearsome creatures. Gather your great army and lead it to the battle with your enemies. Choose heroes with different skills to have room to maneuver and kill enemies using a variety of tactics.

Legion of Ace: Chaos Territory is full of adventure and mystery, but we will make our own verdict on the game.

Four races with own unique abilities

Legion of Ace: Chaos Territory allows players to choose from four races to humans, demons, orcs and elves. Thanks to this, the player has many options for fighting. Feel free to combine different races and try out different strategies to succeed. Don’t forget to upgrade your characters with a variety of powerful artifacts and stars. Explore this colorful world in search of adventure and develop combinations of your warriors to make the game even more exciting. 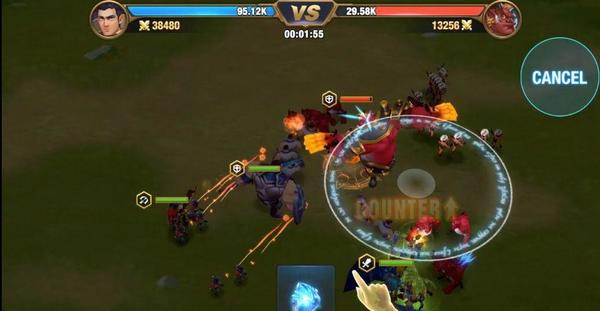 So that you don’t get lost, you can find your way with the help of magician Gangdale. Remember, the way will bring you many trials and traps. Just solve puzzles, kill formidable creatures and fight great bosses to achieve your goal.

Summon great gods to the battlefield

If your situation during the battle becomes very difficult, you can resort to the help of gods, who may come to your aid and help you at the necessary moment. Do not hesitate to choose among the mighty Athena, Aurora, Hercules, Artemis and Baal and call on them for help to win battle with dignity. In addition, each of them has their own special and unique skills.

For players bored with offline gameplay, the developers from Funboom offer to try their hand at inter-clan battles. Create your own guild or join an existing one and go out with your friends to large-scale battles between servers. The winners receive many valuable prizes. Join the battle and glorify your kingdom around the world.

Use powerful artifacts to fight your foe

Explore rugged terrain and seek out great artifacts that can help you in an unequal battle against evil. Find the Roaring Hammer or the Heart of the Earth and enlist the help of a loyal ally in the face of a relic artifact. Collect several relics and create a chain of them to smite your opponents even more. Experiment with valuable items, explore fascinating locations of Legion of Ace: Chaos Territory and discover all the artifacts, creating an incredibly powerful army.

We should also dwell on the Legion of Ace: Chaos Territory gorgeous graphics. The game will delight you with well-developed 3D character models, as well as very colorful animation of heroes’ skills. In addition, the game has beautiful locations, as even a gloomy dungeon looks pretty. Due to high-quality sound effects and pleasant soundtracks, spending time in the game can become even more pleasant.

In order to make the game more interesting and exciting, you can download its modified version. After installing the mod, you get such features as instant dead for nearly every unit and swordman use (beginning Char) to win. We’ve tested Legion of Ace: Chaos Territory for you. Based on the test results, we can confirm its correct mod operation. Just download the modified version and simply install it.

During the game, you have the opportunity to come up with more than 40 tactical formations for your battle. Due to the variety of game modes, exploring the world becomes more difficult, but at the same time more interesting. 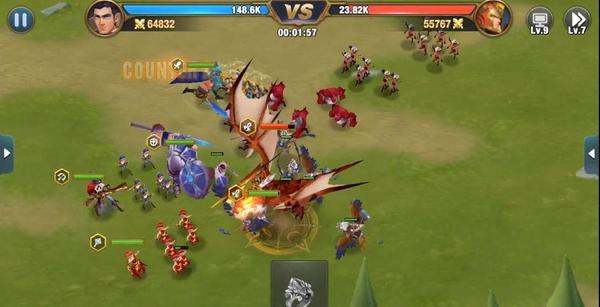 The game controls are simple and intuitive. With one hand, you can set the course of movement for your heroes. Another is to choose actions for them. You can attack, go on the defensive, use magic or hit the enemy with ranged attacks. You will also always have the opportunity to improve the skills of your character strengthening his skills and thus making him stronger.

Fight for the lands of your kingdom and don’t let evil forces to destroy everything on their road. Gather an army of cool heroes, pump them up, find valuable artifacts and win.

The release of Legion of Ace: Chaos Territory is undoubtedly a major event in the gaming industry that you should never miss. If you love real-time battles, RPG games like Evertale, colorful graphics, large saturated map and fun PvP battles with friends, then you should definitely try this game.

How to install Legion of Ace: Chaos Territory Mod?

Don’t forget to delete the original version of Legion of Ace: Chaos Territory before installing our modified version to prevent errors during installation process.