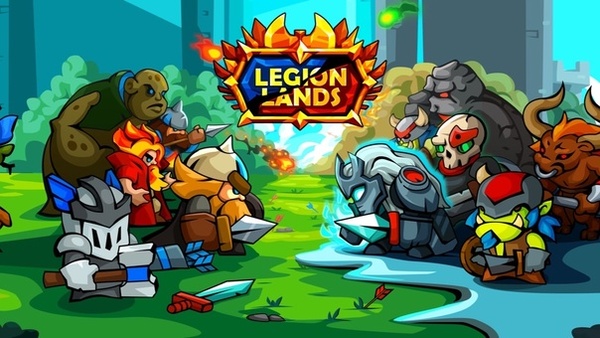 Legionlands is an entertaining game in which you will enjoy auto battle. Your main task is to gather troops, equip them and do everything so that they achieve victory. In fact, this is the whole gameplay. Send your warriors to battle, watch their fight and get coins. The money will later be useful to you to buy new cards with warriors. It is possible to combine identical cards and thus the troops will be stronger. By the way, there are enough varieties of soldiers here. There are both ordinary warriors and heroes. The developers have seriously worked on this, so collecting characters is very interesting and exciting. If you like casual projects, you can also download Survivor Guys and City Defense.

If you want to know all the details about the application in question, then read our review. 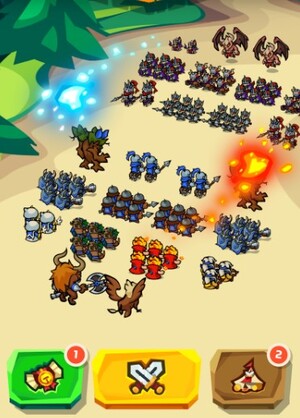 Think of the best tactics

Briefly, Legionlands is an auto chess game with turn-based strategy features. There are over 30 different characters. You put them on the field in any order. You can strong forward so that they immediately inflict significant damage. Go to the end to finish off the rest.

Each character has their own skills. In addition, the enemy exposes the characters, based on their tactical considerations. Then the battle begins. Main feature of the game is the ability to apply various tactics and strategies that will help you achieve the best result.

Put up a wide variety of units for battle

Assemble the invincible army by masterfully winning battles that do not require active participation from the player. Recruit numerous professional fighters into your ranks, such as crossbowmen who launch deadly bolts, heroes who use spears and have a huge supply of vital energy, magicians who cast spells or any other masters with additional improvements.

Each of your battles within Legionlands consists of phases: squad selection, deployment, changes in the army, combat, damage exchange. Finally, the winner gives the loser a blow that is calculated based on several variables. The one with no lives left loses. 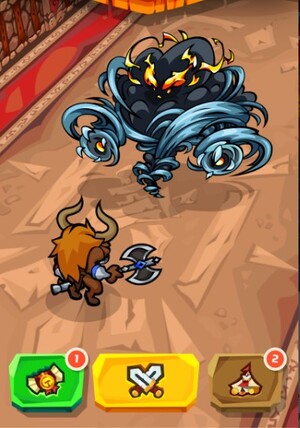 Main essence of the auto battler is automatic battles in which players do not take a direct part. However, the opinion that these are primitive casual projects are unjustifiably superficial. Such games require tactical thinking, as well as the ability to plan battles.

Legionlands has beautiful hand-drawn graphics, which still look good, although they do not pretend to be particularly realistic. As for the sound, you can enjoy simple music in the background, which is reminiscent of fantasy motifs.

We suggest you download Legionlands mod APK for free rewards. They will be useful for pumping your units.

There are other activities besides direct battles in Legionlands. For example, an online mode is available here. Create a clan or join a ready-made one, arranging PvP battles with enemy units and take treasures for victory. Are you tired of battles? Then return to the village, where you can chat with friends, go to the mines for resources and earn coins for pumping troops. 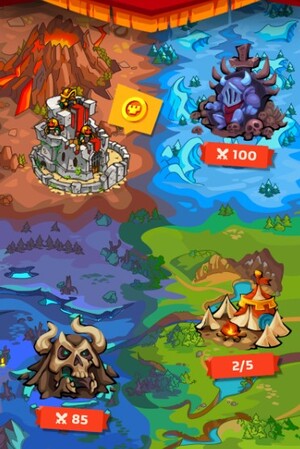 Think about how to place your units on the field, because only the right tactics will bring the long-awaited victory and ensure a high place in the world rankings as the best commander-in-chief of all time.

As already mentioned, here you will not be directly involved in the battles. AI does everything for you, while the player can only observe the correctness of the tactics chosen by him, which is often no less interesting than the battle itself. Based on the pumped skills and selected units, you will get the outcome of a certain battle.

Legionlands is an interesting game with automatic battles. Convenient and simple controls will allow you to quickly join the gameplay. Presence of a branched technology tree and dozens of variations of fighters can keep your interest in the application for a long time.