Lonely Survivor is an arcade game from Cobby Labs. You only have to worry about the positioning of your hero, while your character is on his own to eliminate small mobs and bosses. There is no plot in the game, there is only a goal – to hold out as long as possible under the onslaught of various monsters that attack your character from all sides. On a huge map (which is actually an arena), your brave hero will kill various mythical creatures. In your free time from the extermination of monsters, you will collect diamonds (experience), chests with weapon upgrades and items that fall out during your adventure. We also recommend you download Mount and Magic and Jackal Squad – Arcade Shooting.

Read on for all the details about Lonely Survivor. 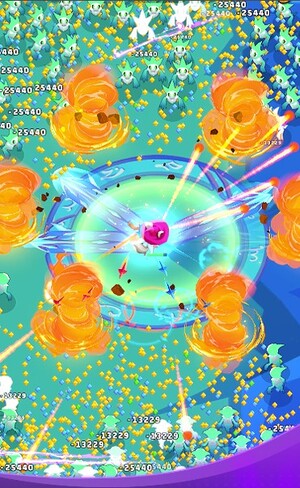 Taking control of the character’s battles with enemies from the player, the developers of Lonely Survivor gave us another interesting mechanic. Instead of “calling” monsters to death, users need to assess their location on the map, as well as learn to understand when to move and when to just stand and watch the monsters or tactically retreat. All this turns into a kind of “dance” with enemies, which is quite interesting to watch. Most importantly, you only need one finger for this, so the control in the application is extremely convenient.

Lonely Survivor gives no explanation and throws us into a bunch of bats, ghouls and skeletons. The first condition is to hold out for 10 minutes and collect experience from the destruction of evil spirits. You should remember that as you level up, the enemies get stronger too. During this period, form the assembly for your character.

You cannot complete the game from the first playthrough, save up gold from the outing and improve some of the characteristics in the game menu. There are many options, but you need to make a smart choice. You can spend money to improve your luck, increase your armor, buy new weapons or pump a special ability. 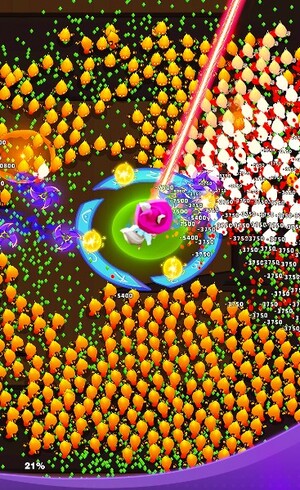 There will be many things at your disposal in Lonely Survivor. For example, you will get access to a huge number of different weapons. These are more than two dozen types of weapons, each of which has its own unique properties and characteristics. Moreover, you can also get a dozen and a half power-ups to them. Just choose the weapons and power-ups you use wisely – weapons should not only be powerful, but also effective against different enemies.

Each battle, each carnage is unique, but it’s even more interesting to collect loot after the time of night. Enemies will leave behind a lot of gems, gold and everything else. Collect everything before it is gone, and go spend all the money you get on pumping and power-ups.

If you want to become immortal, then download the Lonely Survivor mod APK for god mode. Activate it in a special game menu and become invulnerable!

Players need to move around a 2D playing field n Lonely Survivor, destroying crowds of attacking enemies. However, you have to fight enemies with the help of passive skills, deftly maneuvering among the enemy. The main character can deal damage with several items at the same time, combining which will send dozens of enemies back to hell. Enemies attack in endless waves, although not too fast. Many types of them differ in the number of durability points, attacks and manner of movement. 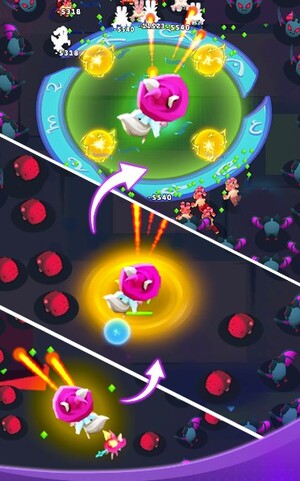 From time to time bosses will come across, which are useful in that after their death they leave chests with loot. As the creatures are destroyed, the player will gain experience by collecting crystals and increase in damage. Three options for improvements will be available at the next rank increase,. It can be a new skill or an upgrade of an old one. You can also choose to restore health. The task of the hero is to hold out as long as possible.

Lonely Survivor is a dynamic and high-quality game about battles with crowds of enemies. Upgrade your hero, choose superpowers for him and become stronger.