Los Angeles Crimes is a GTA style sandbox that lets you feel like a gangster on the streets of a huge metropolis, fight back terrorists, cops, and confront huge hordes of zombies in apocalypse mode. The project offers players a huge open world full of NPCs, other users, weapons and cars. Have fun as you want, arrange crazy races, shoot each other or bots and complete tasks. The application also has a handy tool for creating your own maps. You can select the terrain, buildings, plantings, lay roads, arrange cars and NPCs. Exterminate zombies, conquer locations by car, make dizzying jumps from trampolines and try not to fly out through the glass of the car, colliding with another obstacle. If you prefer active action apps then download also Hunt Royale and KUBOOM.

Now, the Los Angeles Crimes rating is 4.4 points and the number of installations has long exceeded the value of 10 million.

The gameplay begins with the fact that you need to choose a way to play. Here you can enjoy the gameplay with friends on the local network or connect to any server that is available for connection. 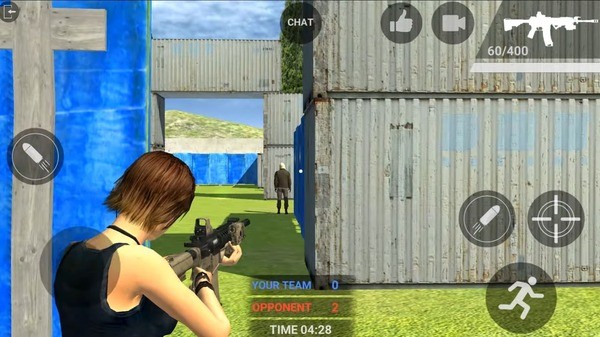 In total, there are three full-fledged game modes:

Multiple maps with many possibilities

There are also conditional modes in the Los Angeles Crimes, represented by one or two separate maps. For example, a level reveals the physics and interaction of objects fully. Here you can find various lifts, jumping platforms, trampolines and more. There are also purely racing tracks, where you have the opportunity to try out all the vehicles in the game. Believe us, there are a great many of them.

Not so long ago, developers added a wonderful opportunity to create your own server in Los Angeles Crimes. There you can set your own rules and conventions. The list of maps grows with each update, which only increases the versatility of the gameplay. Different game maps are practically different games. On each map, you will find something interesting for yourself. Try them all and only connect to the modes you like.

Experience the huge arsenal of weapons of various types provided by the Los Angeles Crimes to exterminate enemies. Shoot a rifle from long distances, keep zombies out of close range, and shoot enemy snipers hiding in skyscrapers. Use your assault rifle to quickly move and shoot the enemy, hiding behind cover. If the enemy gets too close, you can always use a machete or attack in hand-to-hand combat. However, do not get carried away with hand-to-hand combat, because it will be very difficult to get out of the environment, especially if you are playing in zombie mode.

Use your mobile phone for important calls

A unique gameplay feature of the Los Angeles Crimes is a mobile phone. Use it for voice communication with other players. Here you can order cars from a car dealer or weapons from a virtual store. The smartphone is also here a way for correspondence between users. It is noteworthy that you can load any image into the game files so that it becomes the background of your smartphone’s desktop. A similar function applies to the phone ringtone. 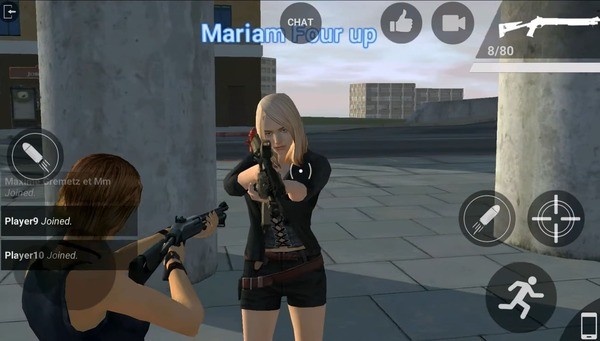 The graphic design of the application can easily compete with the graphics of game consoles, which has become the hallmark of the project. In addition, the game has many realistic and funny sounds.

During shootouts, you can often run out of ammo, because there are many enemies here. So that such an annoying accident does not happen to you, we suggest downloading Los Angeles Crimes mod for unlimited ammo. It will give you an undeniable advantage when confronting other users or bots.

At the very beginning of the Los Angeles Crimes gameplay, you must select a character. It will not take a lot of time. Here you cannot adjust the skin color, hairstyle and eyelash length separately. There are male and female characters: a young boy with a bandana-covered face, a Latin mafia, a cute blonde and a burning brunette. In general, you just need to choose who you are seems more fun. In addition, there are interesting hats in form of various creepy masks, hats, etc.

Now you can go explore the world. Create your own lobby and invite friends there, choose a suitable territory, arrange an epic battle. Alternatively, you can just go into such a room to get used to the controls and get used to it. There will be many bots on the main map, as well as other players, but do not look for friends among them, as they will try to kill you. 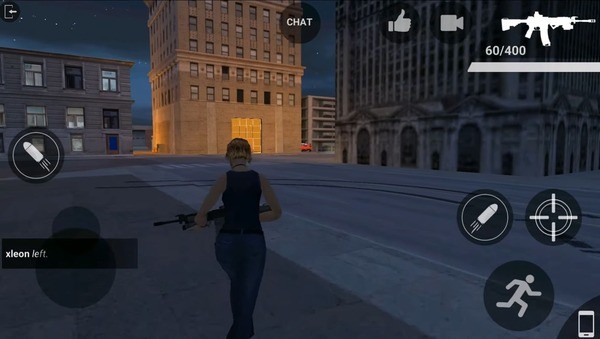 Keep your weapon ready. Find cover, or better yet, transport. Just steal your favorite car. Unlike in real life, it is not only possible, but also necessary to do it in Los Angeles Crimes. This is the whole point, no laws and regulations, insane underworld! In order to better interact with each other, developers added funny gestures. They are located in a separate special window, and its number replenishes with updates.

We should note the functionality of the project separately. Here you can change the camera: first and third person view. While in the car, you can press the horn, turn on the headlights, brake and accelerate. When using weapons, you can switch fire modes, aim, reload, and more. All these features are quite optimally scattered across the screen.

Drive cars and explore the farthest corners of the huge open map or immerse yourself in a crime-fighting town, destroying all terrorists with any weapon available from machetes to sniper rifles! Download Los Angeles Crimes, survive the apocalypse and escape in a city filled with bloodthirsty zombies and monsters.