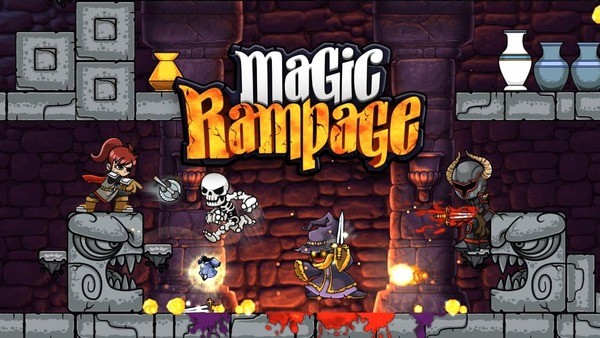 Magic Rampage is a platformer from Asantee studio, where players have to go through dozens of levels, defeat hundreds of enemies and save the world. The game is a two-dimensional pixelated hack and slash RPG in which the combat system is central to the gameplay. Choose from several classes with different bonuses. Improve them using the rewards found as you progress. As with other platformers, there are also puzzles, intricate levels and bosses.

The game offers you to go through level after level, fighting against opponents – zombies and other monsters. To defeat them, you need abilities and good ammunition. Each of the classes has abilities – and they are unique, so choose the desired character at the beginning of the game. We also recommend downloading Dungeon Survival 2 and Champions of Avan.

Read our review for all the details about the game.

First, Magic Rampage is a platformer. What does this mean? The game is two-dimensional and the levels in it are in form of “gut” with many platforms to use. You can only move back and forth in the application. The essence of the game is to reach the end, collecting all the awards and defeating bosses along the way. However, unlike other platformers, Magic Rampage is replayable. In addition to monsters and bosses, puzzles and very intricate routes await players in the game. The gameplay of the project focuses on “reach the finish line” principle. In general, the project leaves a purely positive impression and not only because it resembles pixel platformers from the 90s. The game is well designed and simple enough to attract new audiences. 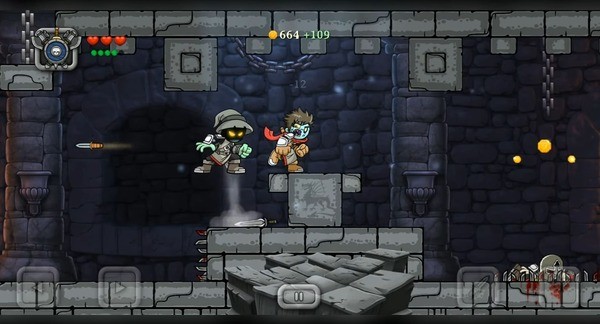 The main thing is to create a hero and go to explore the dungeons, because this is the main task of the character. There are so many classes available in Magic Rampage and each class member has its own characteristics. This is expressed both in the starting ammunition – it affects the performance and appearance – and in its own characteristics. Someone is faster, someone is stronger, someone is better at handling weapons – choose a hero for your tactics.

At the same time, the characters do not have any basic characteristics, such as strength, agility or intelligence. Each class gains positive or negative effects on weapon use, movement speed and jump height. You can customize the appearance of the character. Put on armor, give him a weapon and a ring.

Magic Rampage gameplay is divided into chapters. Each chapter takes place in a specific location, so it becomes more difficult to play with each new stage. The player’s weapon fires by default no matter what he has. Dagger, sword, club – throw everything at the enemy, causing him damage. The first opponents do not even attack at a distance – it will be very easy to pass the levels. Soon the enemies will start to get stronger. They will have more lives, different types of attacks, taking away more and more health. Therefore, we have to strengthen ourselves.

Fight in story mode or with other players

Choose among cool Magic Rampage weapons, use swords, daggers, staves, bows and poison spear darts. Each new level will meet you with additional obstacles, traps and dangers. However, there are also various caches. It may seem to you that the location is completely empty, but be sure that the developers did not forget to hide the chest with gold. 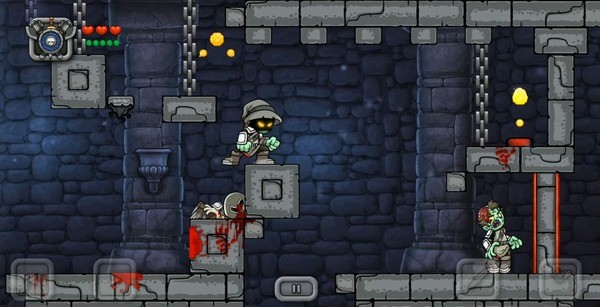 Competitive mode can also generate interest. In this mode, the player can challenge other users. Two players go through the same level (not in real time, but in “shadow boxing” mode), trying to get less damage, more experience in less time. It also counts for mass killing of enemies and use of class features. The winner receives in-game currency.

First levels of Magic Rampage are mostly in gray, and later the game becomes brighter. The drawing of the characters is neat and cute. Weapons and armor used affect the appearance of the character. Given the huge number of all kinds of things that affect the appearance, work of artists deserves respect. There is also a music that plays in the background of the gameplay.

There are two types of game currencies in Magic Rampage. Collect in-game gold at levels, win it in duels or buy for real money. Get game tokens only in duels or for real money. However, you have a chance to get unlimited gold free by downloading the proposed mod.

Sell ​​a health potion to get a lot of money. Important! In order to make the mod function, you need to run the game without the Internet. Otherwise, you will not receive any coins. 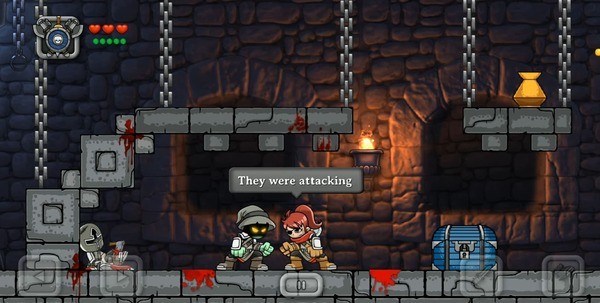 Each participant can choose the appropriate character for himself. You do not have to fight for a class that does not suit your manner and style of play:

These are not all available characters. There are also Priests, Dark Wizards, Warlocks and other characters that you can play. Each of them prefers to use certain types of weapons, spells and combat techniques.

Don’t forget about defense. Armor helps to reduce the damage taken by the hero and survive in difficult situations. We also recommend using health potions in emergencies. Buy them or find in the levels. Bonus levels open from time to time. They can earn additional coins. To get even more income, you need to find hiding places.

The entire gameplay of the project focuses on exploring and finding treasures and hiding places. If you like something like that – you can safely download Magic Rampage.