Among fans of action games, there are also those who love fantastic stories, where main character has to go through a real path of survival. One such game is Magica.io from CASUAL AZUR GAMES. It provides players with ability to create unique spells, to conquer magical world and to destroy enemies that threaten his peace. Magica.io allows not only to learn secrets of magical world, but also to fight hand in hand with the strongest magicians. Battlefield during the fight is constantly shrinking, defining center of main actions. Fans of action genre can also download Survival Master 3D and Supreme Duelist Stickman.

Application became popular due to its storyline. More than one million Play Store users downloaded the game and rated it at 4.2 points. Find out secrets of its success.

Magica.io offers players to use a variety of skins. Initially, you get a primitive vagrant skin without armor and hats. Therefore, it is possible to control only ordinary hero through first ten levels of the game. However, you can change appearance of your hero after accumulation of some funds in form of crystals and gold coins. Heroes tab contains skins of a Viking, a cowboy and even a fiery man. 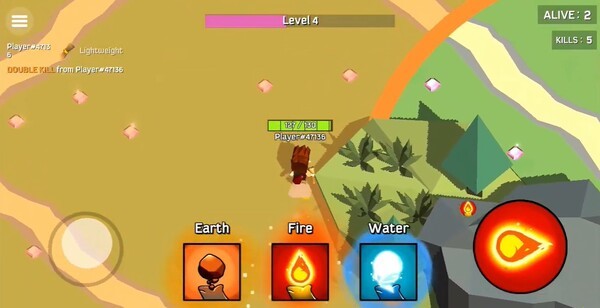 In addition to appearance, main hero must have good equipment to fight. In order to do this, you need to find three cells in the lower column of main menu: Weapon, Armor and Ring. It is also possible to obtain equipment by opening a variety of chests in the store, defeating opponents and completing difficult missions. All equipment can be improved using special items and game currency.

Every entry in the game bring you opportunity to get daily tickets, which can unlock ability to open chests, from the simplest to the legendary. Missions tab features a number of very different tasks. For example, reaching a level in the game, number of battles completed, distance traveled during the battle and coins earned. In addition to daily tickets, you can get a reward in form of gold coins or crystals. Reward” tab also provides access to arena earnings that you can get by playing story campaign. There is only one goal on the arena – you have to win. Just stay in the conditional center of events and defeat opponents.

Fight with other players

As we have already said, Magica.io opens access to arena with a wide variety of characters: from weak beginners to the strongest professionals. Therefore, your main goal is to defend and fight in battle, going through three stages that open the way to new locations. Magica.io is a multiplayer game, so players have to prove themselves on the battlefield and become one of the best fighters. After clearing each of three fields, you get the opportunity to new rewards and equipment. It is a real battle for the title of the best player. 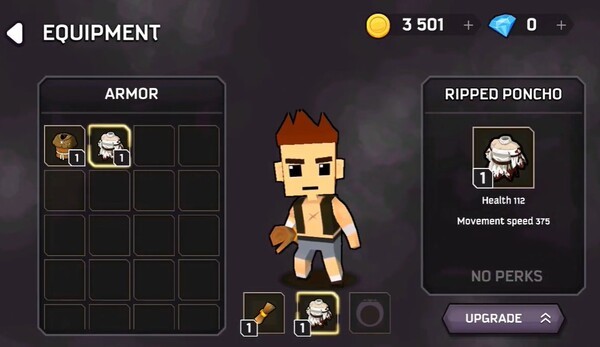 The entire magical world and characters have a form of 3D square graphics, while the most courageous fighters have a variety of equipment with bright edging. The battlefield itself appears as a unique location with a variety of objects: bridges, castle ruins, forests and stone obstacles. Musical accompaniment in the game acts as a mysterious invigorating melody that fades into the background during the battle. During the battle, characters certainly receive injuries from enemy’s attacks, so the damage received by the character is voiced. In addition, sending magic spells to the enemy also features corresponding sound. Dynamic voice acting and interesting graphics distinguish Magica.io from other action games.

Almost every action game is incomplete without additional paid content. Magica.io offers players to get VIP status and unlock new purchases, heroes and chests. All this costs a decent amount of real money, but we provide you a mod for free shopping in the game.

We confirm that free shopping mod for Magica.io works well and you can easily purchase everything you need in local shop. However, you should understand that game focuses on the multiplayer so developers try to close hacking opportunities every day. That is why our solution may not works on some devices and Android versions, consequently. Anyway, you just need to try to download and install the mod to make your own opinion. In case of failure, tell us about your problems and we will try to fix everything as soon as possible. 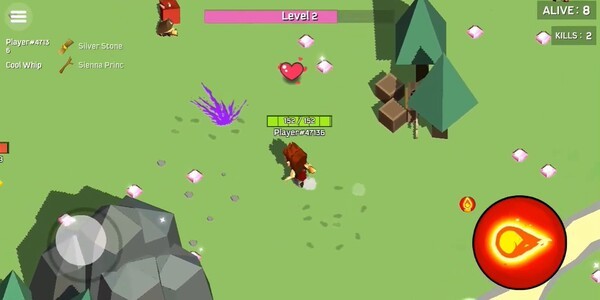 There are three tabs in the main menu:

There is also a leaderboard and your place in the list of the best. Lower menu contains Shop and Heroes tabs related to the main character depicted in the center. In order to start the game, player just needs to tap on the “Play” button and transfer to the battle location.

The game has simple controls. Left side of the screen features joystick for movement, while the right one – buttons for attack. We should also say that every level upgrade opens up possibility of learning new skills that can have a great impact during battles on arena. By the way, you always need to stay in center of orange circle in order not to lose in fight.

Magica.io is a special place for fans of action games, where magic spells and tricks are much stronger than physical damage. The game opens the path of a real magician, while accompanying tasks and rewards make it more interesting.

How to Install Magica.io Mod APK?